Brains Networking with each other 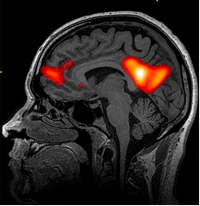 We humans share a number of things with other humans: we all have a brain.

Human brains have been around for a long time and, largely they have ruled the roost but then computers came along since when they’ve claimed the top spot and have been doing things better than humans. But all is not lost. I found five things that a human brain does better than a computer (see here) one of which is the ability to do crossword puzzles.

There’s more to brains than we might first imagine.  In fact, imagination is something that many brains do quite well, and a lot better than computers.

From Brain to Brain

Brains can act like computers, in a way, if they communicate with other brains. “We can now send thoughts directly between brains” say Rajesh P. N. Rao and Andrea Stocco in an article in Scientific American, coming out in November 2014. “The dawn of human brain-to-brain communication has arrived”, they add. You can read the article here. You can buy the publication, Volume 25, issue 6, here. A previous article, “When Two Brains Connect”, was published in Scientific America Mind, pages: 36 to 39, Date: November/December 2011.

Rao and Stocco are said to be the first to successfully allow one human brain to communicate an intention directly to another human brain. Using electrical brain recordings and a form of magnetic stimulation, Rao sent a brain signal to Stocco on the other side of the University of Washington campus, causing Stocco’s finger to move on a keyboard.

Forgive the pun, but it sounds like pretty heady stuff. What does ‘Brain Networking’ mean, what are the consequences and how will it affect our lives?

In a separate article from Washington, scientists have conducted the first computer-mediated brain-to-brain communication in humans located more than 8,000 km apart, after sending the words ‘hola’ and ‘ciao’ from India to France – achieved without any invasive surgery.

Sheryl Ankrom describes the communication process in The Chemical Messaging System of the Human Brain. Interesting yes, but does it give cause for concern?

Don’t start thinking that the idea that brains can talk to other brains is limited to humans. 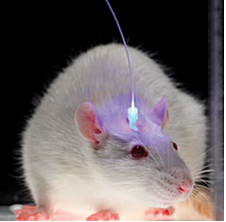 I don’t like rats. Just the thought of them sends shivers up my spine. Nevertheless, I was interested to read in a BBC article, here, that scientists have connected the brains of lab rats, allowing one rat to communicate directly to another via what appear to be network cables: “The wired brain implants allowed sensory and motor signals to be sent from one rat to another, creating the first ever brain-to-brain interface. The scientists then tested whether the rat receiving the signal could correctly interpret the information.

As the ultimate test of their system, the team even linked the brains of rats that were thousands of miles apart”, the article says. Details of the work are outlined in the Scientific Reports journal.

From Human to Rat

I suppose the ultimate direction of these experiments is that a human brain could talk to a rat’s brain, or a monkey’s or an elephant’s. You get the picture, I’m sure.

Should we be very worried?