by Martin Pollins | Jun 2, 2014 | Accountants, Auditors and Other Professionals, Lawyers

Here’s a round-up of today’s stories affecting accountants and lawyers. Good medication to start the week…

Firms are increasingly looking to poach staff from rivals 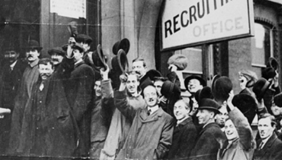 Harriet Agnew has written in FT.com that accountancy firms are increasingly looking to poach staff from rivals to capitalise on a pickup in the UK economy and more corporate activity, according to a new report.  It’s not just one or two firms either. The number of accountancy firms thinking about poaching from competitors has almost trebled in the past year, growing from 8 per cent to 22 per cent, according to Bloomsbury Professional, a company that provides information on tax and accounting. Read the full article here. 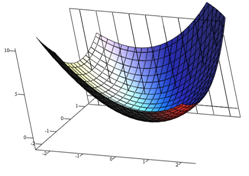 Julie Sartain wrote in PCMag, in the US to say that one of Excel’s greatest tricks is the dimensional or 3D reference. This feature, which allows you to create formulas that refer to the same cell or range on multiple worksheets, simplifies the creation of complex documents like monthly inventories or sales reports. In Excel 2013, Microsoft has beefed it up with enhanced options and formulas.

Julie’s “how to” article illustrates illustrate the power and flexibility of 3D worksheets, by creating a Year-to-Date project that calculates the utility bills for a small business for each month, with the year-to-date totals on the first sheet. This workbook (which contains of all the worksheets in this project) calculates the columns, rows, and multiple spreadsheets three-dimensionally.

Lisa Pansini wrote in Legal Productivity about a great new app for your smartphone. It seems as if we’ve all used translation tools at some point in our lives. Being able to communicate and understand other languages is an invaluable skill to have nowadays, especially if your job demands a ton of traveling. For simple tasks like translating signs and printed materials, download Quest Visual’s app, Word Lens.

Word Lens uses the built-in camera of your smartphone to instantly scan and translate foreign text. It then displays the translation on your device’s screen. The best part is, there is no network required. The results appear immediately on your screen anywhere you need it.

Kathleen Hall wrote in the Law Society Gazette to say that Judges from three continents have conducted a mock ‘virtual trial’ in an event that claimed to demonstrate the benefits of digital courts for international dispute resolution as well as domestic civil and criminal cases. The ‘e-trial’ was chaired by His Honour Judge Simon Brown from the Birmingham Civil Justice Centre and hosted by UK electronic court bundling company CaseLines.

This is a big issue since China’s Ministry of Finance issued draft rules last month requiring foreign accounting companies to team up with one of the nation’s top 100 firms to perform audits of Chinese companies seeking to list overseas. The author says it comes in the wake of a series of short-selling incidents targeted at China-related businesses and amid a six-month U.S. ban on mainland firms auditing Chinese companies seeking an American listing. The regulations aim to clarify the role of Chinese accounting firms unfairly blamed by foreign institutions, especially short sellers, whenever China-based companies are accused of fraud, the finance ministry said in a document published on 21 April. 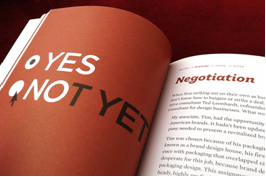 I came across this on the HBR Blog Network. Jeff Weiss writes that: whether you’re aware of it or not, you’re negotiating all the time. When you ask your boss for more resources, agree with a vendor on a price, deliver a performance evaluation, convince a business partner to join forces with your company, or even when you decide with your spouse where to go on your next vacation, you’re taking a potentially conflict-filled conversation and working toward a joint solution.

Jeff Weiss should know what he’s talking about. He is an adjunct professor at the U.S. Military Academy at West Point and a partner at Vantage Partners, a Boston-based consultancy specialising in corporate negotiations and relationship management, where he focuses on sales negotiations and strategic alliances.

You can read the full article here.

Nick Hilborne has written in Legal Futures to report that a set of chambers specialising in direct access cases and working only on a fixed fee basis has opened in Cheltenham. Cotswold Barristers also claims to have landed the biggest direct access case so far, as a result of its relationship with property investor Mark Alexander.

Dan Bindman has written in Legal Futures to report that National laws on protecting privileged legal communications are outdated and need to be brought into the digital age, according to the body representing Europe’s lawyers. In the report, Surveillance of lawyers’ data in the cloud, the Council of Bars and Law Societies of Europe (CCBE) argued that whatever protection was granted in the paper world should be granted in the electronic world.