Boost your chances of success with insightful knowledge

by Martin Pollins | May 29, 2014 | Accountants, Auditors and Other Professionals, Lawyers

Remember that the next time you plan your holiday in Florida, you owe a big thanks to Spanish explorer Hernando de Soto who discovered the place today (30 May), in the year 1539. But it wasn’t a good day in 1431 for Joan of Arc who, in Rouen France, was burned at the stake by an English-dominated tribunal.

This daily update from the people at OneSmartPlace provides a quick snapshot of news affecting professionals… lots to discover, just like Mr de Soto. 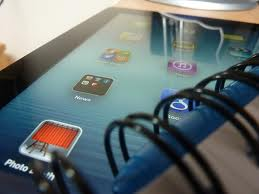 No, we’re not suggesting that our thousands of accountants who follow us need this.  Accountants know this already but accounts staff at client businesses often don’t know too much about accounting.

Qualt has developed an app based on the same syllabus as the AAT Access course, the first level of study for Accounting Technicians. The app combines teaching and practical tests to measure understanding and ability to carry out actual day-to-day tasks, through “m-learning” modules.

Readers can work through the syllabus anywhere, anytime; managing the course completely at their own pace.

The free App is available at the Apple Store from here.  Think about it: Should you be promoting it to your clients?

Leighann Morris wrote in Accounting Bites that accounting errors will happen from time to time, but many common accounting mistakes can be avoided with proper planning and preparation. We all know that it usually takes more time to correct a mistake than to get it right the first time. Interestingly, it is also cheaper to identify and correct mistakes early in a project rather than waiting to correct the problem later.

In this article, the author identifies the top 6 accounting mistakes that can be avoided. Here they are, but read the article for the details:

1. Failing to follow accounting procedures.
2. Working without a budget.
3. Making data entry errors.
4. Failing to Back Up Accounting Software
5. Doing Too Much Yourself.
6. Failing to properly categorise income and expenses.

Read about it here.  It may be a useful opening gambit for you to use when contacting prospective clients.

Nick Hilborne reports in Legal Futures that City law firms (such as like Clifford Chance and Allen & Overy) are leading the way in their approach to social mobility and recruitment when compared to non-legal professionals, a report has argued. Firms had responded to criticism by former cabinet minister Alan Milburn in his 2009 report on social mobility with a range of initiatives which went beyond window-dressing or tokenism, GTI Media, which specialises in graduate recruitment, found.

“Law firms want to set the bar high, to only take on the brightest and the best – and to be seen therefore as elite recruiters,” its report said. 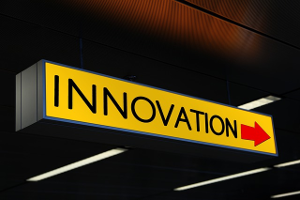 Businesses must reach out to customers and third party suppliers if they want to develop the most innovative new products and services, says IT contracts specialist Clive Seddon of lawyers Pinsent Masons. He says that businesses can no longer just develop new products and services on their own if they want to be the most innovative in their market.

Seddon highlighted a new initiative launched by Unilever as an example of how major global manufacturers with strong brands are expanding their opportunities to innovate, by seeking collaboration with partners with new ideas and different expertise. The consumer goods manufacturing giant has launched the Unilever Foundry where it is encouraging third party innovators to pitch new ideas on how Unilever can use technology to innovate and at the same time support its commitment to “sustainable living”.

You read and learn from these ideas here.

John Hoholik in Marketing Profs writes that with the proliferation of new and emerging channels, marketers continue to struggle to determine where to invest their limited marketing dollars to achieve their acquisition objectives in the most effective way. And, As new customers are acquired, companies will track hundreds of metrics, the results will be analyzed, and the model will be revised in an attempt to make better media purchases during the next campaign. And so it goes for the cost of customer acquisition.

But what about the cost of engaging with your customers across the entire lifecycle Mr Hoholik asks? What would it mean to you, your customers, and your organization if you knew which lever to pull, at which time, across which channel, and at which stage of the customer lifecycle, to maximize your return on investment?…

Marketing Profs offer a free guide (but only with PRO Membership). This is what they say: Think of the Oscars selfie that almost broke Twitter, the street portraits on the Humans of New York photoblog, the Instagram takeover of pop culture: Images shape our world and our conversations. (Sometimes—as in the case of teenagers and Snapchat—they are the conversation.)  As storytelling becomes more and more part of marketing, visual content is developing into one of content marketing’s most powerful assets. Brands are becoming more visual. They’re making compelling updates on image-driven networks such as Pinterest and Instagram, and using photos, videos, infographics, and slideshows as storytelling devices to redefine their presence on Facebook and LinkedIn.

Visual content helps you connect with customers immediately and powerfully. In this 21-page guide, you’ll discover how visual content is upending the way brands communicate with their customers—and which brands are doing it best.

Six things a client portal should do for your accountancy practice 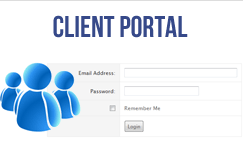 AccountingWEB say that, for an accountancy practice, client portals offer significant advantages over email and public file-sharing websites. (We say it also applies to lawyers and other professionals). But their true potential is only realised when you look beyond basic document exchange and approval.

In this short, two-page guide, CCH describe six vital functions that your client portal needs to be able to perform. Many portals are designed for general use so they’re missing features, which are essential for professional practices. If you’re considering a client portal, this guide will help you evaluate your choices as you look beyond basic document exchange and approval.

Download the free guide from here. Registration is required.

While revenue is of vital importance to users of financial statements in that it is used to assess a company’s financial performance and prospects, the previous requirements of both IFRS and US GAAP were different and so often resulted in different accounting for transactions that were economically similar.

Also reported in accountancyLIVE, an engineering business has won its case against HMRC after it disputed the legality of official guidance on a flat-rate VAT scheme for small businesses and refused to pay a VAT bill of nearly £9,000.  The case revolved around the VAT status of the business and how the business was defined under the HMRC VAT guidance.

When it was first registered for VAT in 2009, Neil Harris, owner of Cumbrian-based engineering business Idess, applied for the flat-rate VAT scheme as none of the categories on the list supplied by HMRC appeared to be relevant to his business.

[Note: This could have much wider application and relevance elsewhere, for example with some [legitimate] tax planning strategies which HMRC have sought to characterise as “tax avoidance”.]

The firm, trading from High Street, Keynsham, Bristol, was established in 1995 and provided around 3,000 CPD courses across the country.  A message on Progressive Legal’s website said today: ‘We very much regret to inform you that we have now ceased trading.’ Phone calls were answered by an automated message announcing the closure.  The privately held company filed an annual return to Companies House on 19 May.

A sad story in accountancyLIVE, written by Pat Sweet, tells us that a partner in a leading City law firm who had voiced concerns about having invested in two tax avoidance schemes, which were subsequently under investigation by HMRC committed suicide, an inquest has heard.  Stephen Gale, a partner at Herbert Smith Freehills, was found dead in the bath of his London flat, having taken a fatal drugs overdose.

The coroner at St Pancras Coroner’s Court heard evidence that Gale’s mental state had altered significantly about two months before his death in February.  He was said to have become very concerned about having invested in two tax syndicates which were being probed by HMRC, while his son Sam had been charged with a serious crime and was facing a lengthy jail term if found guilty.

Nick Hilborne writing in Legal Futures reports that public awareness of the Legal Ombudsman (LeO) is continuing to fall, while the number of dissatisfied clients who do not bother to complain is increasing, a survey has found. At the same time, the research for the Legal Services Consumer Panel showed good levels of public satisfaction with what they receive from lawyers.

The survey indicated that public awareness of LeO fell from 65% in 2011 to 59% in 2014, while the number of dissatisfied clients who failed to complain increased to 44%, compared to an average of 29% across the services sector.