They’re at it again. Britain’s leading retailers are taking longer to pay their suppliers, emphasising the squeeze on small companies from a toughening of payment terms. 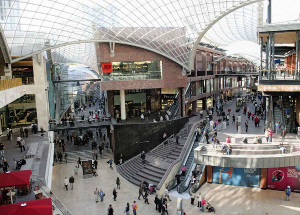 According to an analysis of the top 25 listed retailers by The Telegraph, the number of days it took to pay suppliers grew from an average of 40 to 42 in 2013. Only 2 days yes, but why does it take 6 weeks to pay the bills?  It means that small companies are battling with slower cashflow and tougher terms from their leading customers just as the economy starts to recover and they try to grow.
Graham Ruddick of The Telegraph ran a story on this here.

The disclosure of the slight increase in payment days follows the publication of letters from Debenhams, Laura Ashley and John Lewis over the last year that showed the retailers demanding discounts from their suppliers.

The analysis of payment terms is based on the creditor payment days reported by retailers in their annual report for 2013. Some retailers provide their average creditor days while others give a figure for payment outstanding at the end of their financial year.

In contrast, ten retailers cut the number of days it took to pay creditors, although this was by just one or two days with the exception of Mulberry, whose payment days reduced by five.

The company that paid suppliers the fastest was Mulberry, whose average payment time was just 15 days. Marks & Spencer was second with trade creditor days of 24, based on the ratio of company trade creditors at the end of the year to the amounts invoiced during the year by trade creditors.

In contrast, Home Retail Group, the owner of Argos and Homebase, increased trade creditor days by nine from 51 to 60 says, while Asos and Topps Tiles grew from 43 in 2012 to 59 in 2013. Debenhams, which issued a profits warning after a disappointing Christmas, took 60 days to pay suppliers, more than twice as long as M&S.

As ever, the apparent culprits for taking advantage of small firms had an answer:

Debenhams told its suppliers that the discounts were a “contribution” to the retailer’s investment in new store openings and the £25m revamp of its flagship Oxford Street store.  In the letter, Mr Herrick wrote: “As we will mutually benefit from the growth of Debenhams we are now seeking a contribution from our suppliers to support our commitment to on-going investment.”

Earlier in 2013, John Lewis said suppliers would be subjected to a rebate of up to 5.25pc on annual sales because it needs “all parties to participate in showing their ongoing commitment and support”.

Laura Ashley was also accused of squeezing suppliers after asking for suppliers to pay back 10pc of the value of orders it has already agreed with them.

Interesting views here. Is there a link between corporate failure and the unwillingness of a company to pay its bills on time? I had always understood there was. I hope I’m wrong.