by Martin Pollins | Jan 23, 2014 | Accountants, Auditors and Other Professionals, EU and International

The Chinese market is enormous. It’s tantalising. But there are difficult issues that emerge every now and then.

Investment bankers and Chinese executives may have pinned their hopes and dreams on 2014 being the year when Chinese IPOs return to the US. But in a harshly worded 112-page ruling, US Administrative Law Judge Cameron Elliot’s decision to ban the China units of the “Big Four” accounting firms from working on US IPOs could quash those dreams – along with billions of dollars of funds that Chinese corporations hoped to raise from US investors, reported on in Quartz here.

Only a few days ago, accountingTODAY (here) said that despite a wave of accounting scandals at Chinese companies, a 58 percent majority of capital markets executives at investment banks believe the number of US IPOs from China-based businesses will increase in 2014, according to a new survey by the accounting and consulting firm BDO USA LLP.  Interestingly, in identifying the most prominent factors for an increase in China-based offerings on US exchanges, 40% cited the perception of an improved commitment by the Chinese to meet U.S. accounting and governance expectations while 35 percent cited Chinese regulators agreeing to provide the U.S. with more access to documents at Chinese audit firms.

As an aside, I don’t quite understand something about this story. We’ve been told (possibly even brainwashed) into thinking that Chinese companies and the upper elite have billions of funds at their disposals. Many Chinese investors have been buying huge chunks of the most expensive properties in London and there are even reports of the Chinese buying UK farmland and country estates, paying nearly £7,000 an acre into the bargain.

Only yesterday, Planet Property reported that Chinese investors forked out a whopping £3.5 bn on UK property in 2013, a figure that is expected to rise in the future. Prime London agent W.A Ellis says the liberalisation of the Chinese currency has had a significant impact and “investors seem ‘frantic’ to buy”.

So my question is this: why do Chinese companies need to ask the Americans for money?  It doesn’t make sense to me.

Anyway, back to the kerfuffle at the SEC. The US securities regulator has been seeking more access to audit documents of Chinese firms listed in the US.  Because the audit firms won’t comply with that request, the Big Four accounting firms concerned face being suspended from auditing firms publicly-traded in the US. They had been charged over refusing to hand over auditing data on China-based companies which are listed in the US. The judge ruled that the units had “wilfully” broken US laws. In refusing to release records, the audit firms have cited China’s state law which say that Chinese company records can be claimed as state secrets. 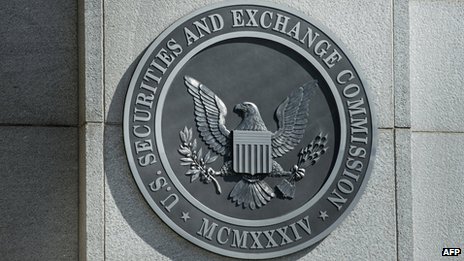 The ruling does not go into effect immediately. The four firms say that the decision is “regrettable” and said they will appeal.  A joint statement from Deloitte Touche, PricewaterhouseCoopers, KPMG and Ernst & Young (three of the firms concerned) said: “In the meantime the firms can and will continue to serve all their clients without interruption,” A fifth firm, Dahua, was also censured by the judge but not suspended.

Why should anyone be worried? While the firms are appealing, it could have huge consequences if it the initial decision stands.  Future audits of various Chinese firms listed in the US, as well as American firms operating in China could be affected.

The BBC article, here, reports: “This decision will be a huge shock in Beijing,” said Paul Gillis, an accounting professor at Peking University in Beijing.  He added, using Las Vegas style language, “The Securities and Exchange Commission has pushed a lot of chips out on the table.”

Mr Gillis added that if the big 4 auditors are unable to sign audit reports, it would leave companies in “a hell of a pickle” as the relatively smaller accounting firms may not have the capacity to serve big clients.  However, that assumes the smaller firms would be willing to comply with the SEC request and also that they wanted to take on the responsibility for doing high-exposure work.

In the interim period, until the appeal is heard, the legal proceedings will take a while, thus allowing the four audit firms to continue to service their clients.

Several Chinese firms have listed on US stock exchanges in recent years. But claims of fraud and questionable auditing standards at some of the companies have dented investor confidence. The flow of private equity-backed Chinese companies looking to list publicly in the US could slow down dramatically in the near term, as problems such as accounting fraud and structural issues heighten investors’ aversion to initial public offerings by Chinese businesses, several industry observers say, reported on here with a “high level of scepticism and scrutiny among investors who have already lost money betting on Chinese IPOs over the past two to three years.”

In May last year, the US and China reached an agreement that allowed some audit documents of US-listed Chinese firms to be shared but, in the light of this month’s event, clearly it didn’t go far enough.