Big changes in corporate reporting – do you know how they’ll affect your company?

by Martin Pollins | Feb 24, 2014 | Accountants, Auditors and Other Professionals 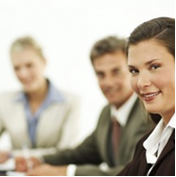 Many auditors and accountants are aware that companies with a year end of 30 September 2013 have already begun to get to grips with new corporate reporting requirements, brought about by the narrative reporting regulations, the 2012 UK Corporate Governance Code and the directors’ remuneration regulations. But some of these professionals may have missed the change and certainly some directors and company secretaries are oblivious to these changes altogether.

Which companies do the changes affect?

With the exception of small companies, all companies, listed and private, are required to produce a new style annual report  and we would be happy to discuss these with you in more detail and provide an insight into current trends in reporting.

Why were the changes necessary?

The changes being introduced to corporate reporting offer both opportunities and challenges for listed companies, with companies seeking to balance their legal and regulatory responsibilities with shareholder and other stakeholder expectations.

Companies should use these changes to review the content of their annual reports and identify ways of improving clarity and communication with shareholders.  Companies have to consider, inter alia, the 2012 UK Corporate Governance Code, the new narrative reporting regulations and the directors’ remuneration regulations.

The 2012 UK Corporate Governance Code applies to accounting periods beginning or after 1 October 2012, so whilst there were many early adopters, some companies will be referring to the 2012 Code in their 2013 (and 2014) annual reports for the first time.

The Financial Reporting Council (FRC) updated the UK Corporate Governance Code in 2012 to include new disclosure provisions on:

The 2012 Code also includes guidance on how companies should report where they choose to ‘explain’ rather than ‘comply’ with its provisions and introduced new provisions requiring the disclosure of any connections external consultants have with the company.

The paper also calls upon companies to adopt a Chairman’s introductory statement to the corporate governance section of the annual report.

The Financial Reporting Lab
The Financial Reporting Lab has published a report on audit committee reporting suggesting that the chair of an audit committee demonstrates ownership and accountability by personalising their report, ensure reports are specific to their company and the current year, and disclose judgements made during the year. Although not required by law, there is a growing trend of audit committee reporting being made via a separate report, rather than as part of the corporate governance report.

The new requirements for annual reports for all UK incorporated companies came into force on 1 October 2013 and apply to financial years ending on or after 30 September 2013:

Companies may find that much of the content of the new requirements is already contained in annual reports in some form, but the new regulations mean that it will need to be expanded or presented in a different way.

It is the FRC’s intention to release non-mandatory guidance for example, it suggests that companies should be innovative in drafting their annual reports, encouraging them to tell a story to investors and to link related information throughout the annual report. See the FRC website for details: www.frc.org.uk

The FRC has published its findings from a review of annual reports that it carried out in the year to 31 March 2013. The FRC continues to encourage companies to make their annual reports more concise and relevant and to ensure that the narrative is consistent with the figures in the accounts. A link to the FRC’s corporate reporting review can be found here.

The implementation part should be prepared annually and will be subject to an annual shareholder advisory vote. This will describe how a company’s remuneration policy was implemented in the past financial year.

One of the key changes to current practice, and which has been the subject of much debate, is the proposal to present a single total figure for the remuneration of each director in tabular form.  The policy part will be forward-looking and subject to a binding shareholder vote at least every three years.

Whilst an advisory resolution for the approval of the DRR has been required for a number of years, the wording of the resolution will need to be amended to refer to the approval of the DRR except for the policy report part. Practical steps will also include ensuring references to the DRR in other parts of the annual report reflect its new structure, ensuring the proxy card reflect the new resolutions, updating the Chairman’s script to include any additional explanation as appropriate and ensuring the Chairman (as well as the Chair of the Remuneration Committee) is fully briefed to answer any questions arising from the new disclosures. Investor Relations teams should also consider taking an early view on shareholder engagement in advance of settling the remuneration report and policy.

EU Member State representatives are due to meet this week in Brussels to vote on a new corporate reporting directive, the scope of which has been fiercely debated by MEPs and national ministers through the EU Council over recent months. 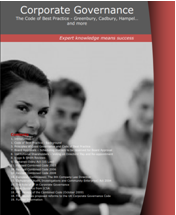 Several member states, led by the UK, Germany, and Poland, have threatened to vote against the entire directive if it included a provision forcing private companies to report on their environmental performance. Instead they argue only the largest publicly listed companies should have to disclose environmental and social responsibility data in their annual reports.

The Bizezia Online Library includes a PDF publication covering Corporate Governance. If you would like a copy, please email me at: mpollins@bizezia.com