Here’s a nice little story from the BBC, here.

It’s hard to imagine nowadays, but when Apple introduced the Macintosh personal computer in 1984 it was widely dismissed as a “toy”.  Others called the Mac “just a demo – not a real computer yet,” Randy Wigginton, creator of the Mac’s first word processor, tells the BBC. “We didn’t have all the software that the IBM PC had or even that the Apple II had,” he says. “It was slow. There were things that it didn’t do well.” 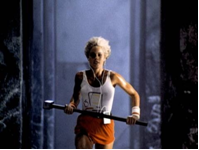 Back then, programmers also thought it absurd the Mac designers had abandoned the typical alpha-numeric interface in favour of a friendlier graphical one and a point-and-click mouse, making it too easy for users, recalls Leander Kahney, editor of The Cult of Mac news website. “They thought it trivialised their profession,” he adds.

The original Mac had 128 kilobytes of RAM (random access memory) which also limited its use. But three decades later, Macs are still here and selling briskly.

Interesting perspective on the curtsmedia.com website. It says that every true Macintosh fanatic has seen, or at least heard about, the famous 1984 television commercial that heralded the introduction of the Macintosh. The spot, with its distinctive Orwellian vision, is indelibly imprinted in the minds of Mac users the world over. Now, for the first time, the whole truth can be told. What you don’t know about the commercial will surprise you, what you think you know is probably wrong. Read about it here.