by Martin Pollins | Jan 13, 2014 | Accountants, Auditors and Other Professionals

I don’t quite know how I got onto this topic. Maybe it came to mind when I wrote a blog on creative accounting.

A review online reminded me of a number of accounting scandals that have happened over recent years. Some I remember well, others not quite as much. See what your memory is like. 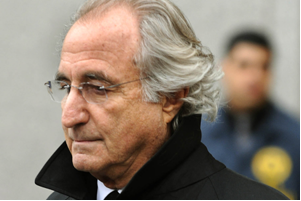 One of the most recent scandals is the Bernard L. Madoff Investment Scandal:  this perpetrated the Ponzi scheme and robbed millions of people of their hard-earned money. It is acclaimed as the largest investment fraud ever committed by an individual. The scandal here is not in Madoff, himself (although he would have engaged in improper accounting practices to hide the fraudulent scheme), but on how such scheme escaped the watchful eyes of the auditors and the regulators. The amount of fraud is estimated to be around $10 to $17 billion.

But the most famous of all, is perhaps Enron. This scandal involved hiding debts, inflating revenues and corruption. The fallout resulted to the displacement of more than 20,000 people, the death of “America’s Most Innovative Company” for six years in a row and the dissolution of one of the Big 5 global accounting firms (Arthur Andersen). It also gave rise to the passage of Sarbanes-Oxley and more rigorous auditing standards.

I remember Arthur Andersen well. The former Deputy Chief Executive of Andersen Worldwide and Council member of the CBI, Don Hanson commented to Accountancy Age in 1986 when I launched The CharterGroup Partnership: “It’s no good being a mile wide and an inch high”.  I think it was intended as a disparaging remark intended to say that a large firm had much more to offer than medium-sized firms.

Perhaps the next best well-known collapse was Lehman Brothers. Barry Ritholtz wrote an excellent article last year entitled: “10 Things You May Not Have Known About Lehman Brothers”.  I can do no better than refer you to that article.

Moving onto the other well-known scandals and corporate failures:

Wikipedia lists no less than 46 accounting scandals since 1980, here. Among them are:

Associated Electrical Industries (AEI): a British holding company formed in 1928 through the merger of the British Thomson-Houston Company and Metropolitan-Vickers electrical engineering companies. In 1967 AEI was acquired by GEC, to create the UK’s largest electrical group. The scandal followed the acquisition.

Pergamon Press: was an Oxford-based publishing house, founded by Paul Rosbaud and Robert Maxwell. It published scientific and medical books and journals.

Barlow Clowes International Ltd: Some 18,000 customers invested their money on the recommendation of intermediaries. The company was established as a ‘bond-washing’ operation, in which gilt-edged Government bonds were purchased and sold in order to create tax advantages. Whilst investors believed that their money had been invested risk-free, much of the money was diverted to fund the extravagant lifestyle of the company’s co-founder.

Polly Peck International (PPI): PPI was a small British textile company that expanded rapidly in the 1980s and became a constituent of the FTSE 100 Index before collapsing in 1990 with debts of £1.3bn. PPI was was one of several corporate scandals that led to the reform of UK company law, resulting in the early versions of the UK Corporate Governance Code.

I could go on. You get the picture, I am sure. For a murder, you need means, motive, and opportunity. Add to that greed plus a will to deceive and weak auditors as well as under-par regulators and you have the perfect combination for an accounting scandal to happen.