Accountants – What’s happened in your world?

by Martin Pollins | Jan 24, 2014 | Accountants, Auditors and Other Professionals

Here’s a quick round up of what’s been happening in the world of accounting. 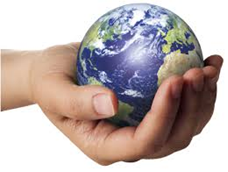 Accountancy Age say that two new sets of data relating to HM Revenue & Customs paint a picture about its increasingly robust efforts to increase the tax take. HMRC has scooped an extra £19.5bn in tax during 2013 than it did in 2012. An increase of this size is due to a multitude of factors, including it being a signal of improving economic conditions. Increases were seen in income tax, NI, VAT and stamp duty receipts. More people at work – as witnessed from the latest employment figures – is likely to increase VAT. Job stabilisation, plus a more benign mortgage environment, saw more than a million property transactions in 2013.

But with the taxman under increasing pressure from the Treasury, and more publically from the Public Accounts Committee, to be more efficient at tax collection, it seems that taxpayers are unhappy with the taxman’s decision-making. The number of HMRC decisions challenged through Judicial Review requests leaped 31% in a year. There were 51 applications for a review in 2012 (the most recent data available) compared to 39 in 2011.

The US website, accountingTODAY, reports that a coalition of a half dozen business organisations, including the American Institute of CPAs, have banded together to express their opposition to a proposal from the Senate Finance Committee to require businesses to use the accrual method of accounting for tax purposes. 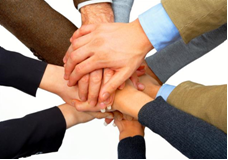 Along with CPAs, other groups signing the letter include organisations representing engineers, architects, dentists, farmers and small corporations. The proposed change in the taxation of businesses was included in the Senate Finance Committee’s Cost Recovery and Accounting Discussion Draft of 21 November 2013 (see Baucus Proposes Changes to Tax Accounting and Cost Recovery Rules).  The proposal would require many of the groups’ members to change the method of accounting used for tax purposes from the cash basis method to the accrual method.

What’s happening in the US, could happen in the UK too with the Government prescribing accounting standards rather than professionals.

More auditor bashing as the accountancyLIVE website reports that there are serious weaknesses with how the six largest auditors identify and respond to fraud risk during their audits of listed companies, along with concerns over how they monitor listed entities’ compliance with fraud law and regulation, a report by the accounting regulator says.

The Financial Reporting Council (FRC) has published its Audit Quality Thematic Review, which considered the relevant aspects of 26 audits and detailed examples of the weaknesses, including situations in which audit engagement partner were often not present at key meetings to discuss the susceptibility of a company’s financial statements to material misstatement.

More HMRC bashing as the accountancyLIVE website reports that taxpayers are demonstrating greater will, with confidence brimming, to contest HMRC’s decisions over their tax affairs. The latest figures for those using the Judicial Review to challenge HMRC show a hike from 39 in 2011 to 51 applications in 2012, an increase of 31% a year.

But this option to challenge an increasingly tough HMRC is under threat since a recent government consultation on reform of the Judicial Review system, which closed in November, could potentially reduce scope for taxpayers to apply for Judicial Review to overturn perceived unfair treatment going forward, as it seeks to reduce the amount of time consuming and expensive cases being heard.

I read with interest a really good article today on AccountingWEB (here). It was written by Steve Collings and looks at 10 of the most common pitfalls flagged up by file reviewers and the professional bodies which auditors should try to avoid. Unless you are already registered with AccountingWeb, you’ll need to do so now to read the article.

The article is very timely because although there are 12 months in the year, December 31 is still the favourite year end date for companies whose auditors must be planning for the work they are to do this time round.

The part that caught my attention was the section on engagement letters. Steve Collings says that

I can’t do better than to agree with every word Steve Collings has written. And for good measure, I’ll mention Contract Engine details of which are here and a video is here    .

Board Evaluations are back on the Table.

Board evaluations, which are used by companies to improve their practices in the boardroom, need to be improved according to Helen Pitcher, an expert on corporate governance. She said yesterday that she was pushing for improved standards on board evaluations with the publication of a Code of Practice. “At present these evaluations vary significantly,” says Sacha Sadan, L&G’s director of corporate governance. Read the City A.M. article here.

There’s a good article on this at the Harvard Business School, here. It says that “Board behaviour and effectiveness are becoming increasingly visible to investors and other stakeholders. In the past few years, the European Commission has reinforced its focus on the corporate governance matters, issuing several rules and guidelines in this regard.”  An ABI publication is available online, here. Finally, there’s a good blog on the subject on the Leading Boards website, here.

Young people need different skills to get a job

Antony Jenkins, Barclays’ chief said yesterday that Britain’s young people need different skills if they are to find work in the modern economy. He said that other countries teach computer coding from an early age to prepare them for high tech work, unlike Britain which doesn’t. For example, every child in Estonia is taught coding in school and what that has created is one of the most advanced technologically oriented economies in the world.  Read the City A.M. article here.

The Employment Minister Esther McVey said British young people are less well prepared for careers than foreign migrants and need to take low-paid jobs in coffee shops to learn basics such as punctuality, according to the Telegraph. Ed Miliband’s and his team of merry labourers believe that all jobseekers acquire English and maths skills, the party is tackling one of the long-term causes of unemployment and of low pay, according to an article in the New Statesman, here.

Maybe the FT has got it right by crediting Tony Blair, the UK prime minister from 1997-2007, for making his priority “education, education, education”. But, says the article, now the mantra of political leaders should be “guidance, guidance, guidance”, according to Stefano Scarpetta, director for employment, labour and social affairs at the OECD organisation of rich countries. He says that “too many people graduate from school or university with a qualification that does not get them a job. That partly explains the high level of youth unemployment.”

What do you think? Email me with your comments (to: mpollins@bizezia.com) and think about the possible role of accountants going into schools to explain what finance and business is all about.