by Martin Pollins | Feb 12, 2014 | Accountants, Auditors and Other Professionals

A quick look up of stories in the papers in the last few days revealed:

Today, from ICAEW’s Practicewire, aimed at sole and smaller practitioners, here: With January gone, the manic tax return season but a distant memory, many firms will now turn their attention to ensuring that their compliance procedures are operating as they should. The article provides a checklist to identify any compliance checks that may be outstanding or perhaps in need of refreshing. 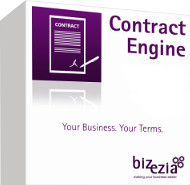 1) Have all required annual compliance reviews been documented in the current ICAEW annual return period?  Some firms also choose to document an annual practice assurance compliance review. As part of this, it is prudent to ensure that data and information security arrangements are carefully scrutinised. While key aspects that are likely to be identified in these reviews are flagged in this checklist, it does not negate the need to document the formal reviews as well.

2) Are all your engagement letter templates up to date? [see my comments at the end of this section]

3) Are the firm’s anti-money laundering procedures being correctly followed?

4) Have all partners and staff signed money laundering awareness forms in the last 12 months?

5) Have all partners and staff signed fit and proper forms in the last 12 months?

6) Have all qualified partners and staff produced a training needs assessment for 2014?

7) Is the firm’s registration with the Information Commissioner’s Office up to date?

8) Does the firm have adequate professional indemnity insurance and has the insurer been provided with all relevant information?

Item 2) above reminds accountants to check on the status of their engagement letters. My company’s Contract Engine product is the UK’s leading engagement letter system. For details, click here.

Tyrie wins advisers’ praise as he takes FCA to task

On Monday, New Model Adviser, here, reported that advisers have voiced support for MP Andrew Tyrie and the Treasury Select Committee (TSC), following his criticism of the Financial Conduct Authority (FCA) over the impact of the retail distribution review (RDR), regulatory fees and execution-only services.

New Model Adviser says that the TSC regularly scrutinises the regulator, but rarely does the advice sector receive as much airtime as it did last week when FCA chief executive Martin Wheatley and Chairman John Griffith-Jones were hauled in for their biannual progress report. Despite such high-profile issues as bankers’ bonuses and the ongoing Libor investigation, Tyrie and his cohorts decided to turn the spotlight on the FCA’s regulation of financial advisers.

From what I’ve seen on TV, Tyrie looks like a man on a mission. He’s got my support.

Describing it as a knee-jerk reaction to the current ‘morality’ campaign on tax and in an attempt to look tough, HMRC is seeking to take for itself new legislative powers for the first time to secure the earlier payment of disputed tax. No convincing evidence has been put forward to support the implied claim that significant amounts of tax remain unpaid after a final judicial decision has defeated a tax planning arrangement. These proposals appear to be a solution to a non-proven problem.

This is a persuasive article, worth reading.

Last week, accountingTODAY in the US reported that cloud service provider Infinitely Virtual is offering three months of QuickBooks Accountant 2013 and 2014 for free for new subscriptions. As part of a limited-time promotion, the company will give new hosted subscriptions three months of license rental for free. The monthly license fee is usually $18.99 or almost $57 for three months.

QBA is designed for accounting professions who support multiple QuickBooks clients, and gives them access to all QuickBooks editions in a single package.

The promotion will last until March 15.

Audit committee reporting less about the “what” than the “how”

On Monday, in Accountancy Age, here,  James Roberts, Senior audit partner at BDO wrote that since the revised corporate governance code was issued in September 2012 there has been a lot of debate regarding the way that boards, and audit committees, might approach the changes it is bringing in relation to the contents of annual reports. A number of these changes focus on the section of the annual report that deals with audit committee matters, and are effectively mandatory for the current reporting season. The code, and its associated audit committee guidance, has been revised to include provisions for FTSE 350 companies to put the audit out to tender at least every ten years and the FRC is encouraging companies to say what they intend doing in respect of the audit contract.

He says that committees are now being encouraged to report the process through which they have assessed external audit effectiveness, rather than just to state at present whether or not they do consider it to be effective. The area that many committees will find most burdensome is that they are required to provide information surrounding significant financial reporting issues and the way that these have been addressed, and to say how they have discharged their duties.

Good news for accountants. On Monday, Accountancy Age said that openings at firms are outstripping closures, suggesting the sector is bouncing back from the recession, according to Bloomsbury Professional, a tax and accounting information group.

On Monday, in accountingtoday.com, from the USA, an article by Greg Pfahl asks: In the move to simplify, can Little GAAP best Big GAAP?  During 2013, the scene was set for significant changes in financial reporting for private companies and evolved into a battle between standard-setting bodies. All the changes centred on the desire to simplify, and therefore reduce the cost of accounting for private companies. The question is, however, is simpler good enough?

He says that smaller, private companies have long complained about having to adhere to Big GAAP, or U.S. Generally Accepted Accounting Principles. They are complicated, expensive and not necessary to the everyday needs of private companies. In response, different and sometimes competing standard-setting bodies have their own ideas about how to address the issue, leaving private companies and their users in some confusion about which standards to live by. It’s important because financial operations and results are potentially greatly affected.

Also on Monday, in accountancylive.com, we learn that The Chartered Institute of Management Accountants (CIMA) and the American Institute of CPAs (AICPA) have launched an international consultation on a proposed new management accounting framework designed to provide more consistent reporting worldwide in the face of increased globalisation and the pace of technological progress.

The draft framework, Global Management Accounting Principles: Driving better business through improved performance outlines the values and qualities that represent best practice management accounting on a global scale. It includes guidance on preparing relevant information, modelling value creation, communicating with impact and establishing the professional values of management accountants. The framework will include a diagnostic tool which will help businesses and institutions to ensure that they are making the most efficient use of key information.

Three things that stop you from growing your practice

Last Friday, in accountingtoday.com, Natalia Autenrieth a consultant CPA deals with a question she keeps hearing from US accountants: “How do you grow your practice in the midst of the busy season?”

She says that the answer is simple: Stop doing the things that prevent you from getting new clients!

Here article sets out three things that you can stop doing right now. They require brutal honesty. They can be hard. They are worth your attention and effort, because they do not get you where you want to go.

3. Spend too much time on administrative tasks.

Read what Natalia has to say here.

Are you an online accountant who is looking to help your clients move to a cloud based service?  If so, the second phase in Sage’s 3 phase guide to moving your practice online can help. This second phase is designed to advise you on the best way to:

Phase one in the guide deals with getting your practice online and can be found here.

You can download this new briefing from here.  Registration is required.