Accountants and Finance Directors – Round up of interesting news

by Martin Pollins | Feb 4, 2014 | Accountants, Auditors and Other Professionals 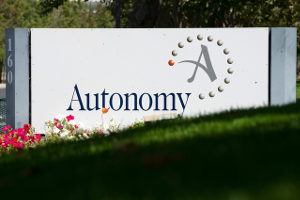 Today, on CITY A.M., there’s a suggestion that software firm Autonomy allegedly inflated its revenue and profit by as much as 81 per cent before Hewlett-Packard (HP) bought it for $11bn (£6.74bn) in 2011, according to UK accounts filed by HP on Friday.

Autonomy is currently at the centre of fraud investigations by the Serious Fraud Office (SFO) and the US Department of Justice. It suggests allegations that Autonomy booked sales in 2010 that it was unlikely to be paid for. HP which wrote off $8.8bn of Autonomy’s value in 2012, also restated Autonomy’s revenue for 2010 from £175.6m to £81.3m, saying:  “These restatements, and the reasons for them, are consistent with HP’s previous disclosures regarding accounting improprieties in Autonomy’s pre-acquisition financials,”

Former chief executive and founder Michael Lynch, who denies any wrongdoing, said HP’s claims on Autonomy’s revenue are due to misunderstandings in the difference between Autonomy’s use of GAAP accounting standards and HP’s use of IFRS, allowing sales to be recorded at an earlier stage.

Today on Accountancy Age Insights there’s a free briefing paper from Exchequer on Document Management. It says that Document Management is one of the easiest and most effective ways of reducing costs – Fact. 50% of professionals spend time looking for files and worryingly 7.5% of all documents are lost (Gartner Group Consultancy).

Document Management not only has the potential to deliver a good return on investment, it is also relatively affordable. If your organisation has not already adopted a document management system, this guide is for you.

You can download the briefing from here.  Registration is required. 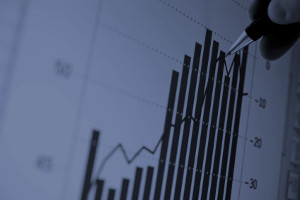 Yesterday, on accountancyLIVE, here, there’s criticism from NAO over government forecasting.  NAO says that inadequate forecasting is an entrenched problem for government departments, leading to poor value for money and increased costs for the taxpayer according to an NAO report.  The NAO has also urged the Treasury to do more to support informed scrutiny of departments’ forecasts. NAO says since 2010 more than 70 of its reports have identified forecasting weaknesses.  The problem, say the NAO, is that NAO says government departments do not take forecasting sufficiently seriously and the forecasting process is often hampered by poor quality data and ‘optimism bias’.  Incredibly, NAO report on analysts’ concerns that they are under pressure to provide supportive rather than realistic forecasts; and say over half the analysts it surveyed identified a lack of good-quality data.

This is well worth reading. It seems to mean that we may be being duped by those we trust.

SMEs shun external funding in the pursuit of growth

Three quarters of SMEs are more confident about their prospects in 2014 than the previous 12 months, but less than a quarter are looking for external funds to finance their growth plans, according to a survey by KPMG. A fifth of respondents said international expansion would be the most critical element in moving their growth agenda forward.  However, KPMG cautioned that some were at risk of overtrading, pointing out that a third (32%) said they measured growth by increase in revenue which could see businesses take on more orders than their cash resources can fulfil as the economy improves. With 2014 forecast to be one of the best for the UK economy in several years, a survey of SMEs has found that just a third are looking for external funds to finance their growth plans, with nearly half preferring to spend their own cash.

Accountants in particular, should read the survey results, available here.