by Martin Pollins | Feb 6, 2014 | Accountants, Auditors and Other Professionals

Out of the financial stories around today, I’ve picked the following which should be of interest to accountants and finance directors.

Accounting salaries catching the eye of students across the UK 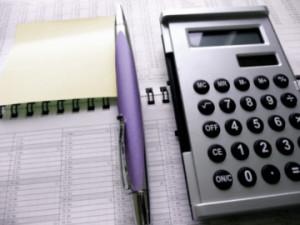 New data from CIMA reveals partners in a public accounting firm now earn upwards of £430,000 a year, it’s no wonder that the trainee accountant role, which offers around £21,000, is becoming an increasingly popular first job for many Brits.

On accountingTODAY, here, we learn that in the USA, Sageworks has released PinPoint, a new Web-based business valuation software product for CPA firms, valuation firms and private equity firms. The software is said to comply with the AICPA standards for valuation services. The product will calculate projections based on a business’s income, assets and market approaches, enabling valuators to produce a value from each approach and weight them according to the valuation they are performing

This looks like exciting news for accountants. The article says that demand for business valuation services is growing, with an estimated 70 percent of private companies expected to be put up for sale over the next 10 years as the Baby Boomer generation reaches retirement age, according to Sageworks. Valuations are also in demand for raising capital, litigation related to estate planning and divorce, compliance work for financial reporting and corporate reorganizations, and tax and financial planning engagements. 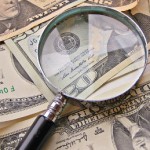 Also on accountingTODAY, here, it says that business confidence in the U.S. declined in the fourth quarter of last year despite reports of increased opportunities for business, investment and employment, according to a new survey by the Association of Chartered Certified Accountants and the Institute of Management Accountants.

The ACCA and IMA’s joint Web site, roleofcfo.com, contains ACCA and IMA reports, research and insights, including the full results of the survey.

PCAOB Closes in on Deal to Inspect Chinese Audit Firms

accountingTODAY reports that the Public Company Accounting Oversight Board (PCAOB) anticipates signing a deal by the end of the year so they can inspect auditing firms located in China, a long-sought after objective.

Gaining access to inspect auditing firms in China has been particularly difficult for the PCAOB. Many of the largest firms outsource at least part of their auditing work to affiliates in China, which also audit China-based companies that trade on U.S. markets through reverse mergers with U.S. shell companies. Several such companies have been questioned over their accounting practices and needed to restate their financials in recent years. One company, Longtop Financial Technologies, which had been audited by Deloitte’s affiliate in Shanghai, was the subject of a long-running battle over gaining access to the firm’s audit working papers, which it was prohibited from providing under Chinese law.

The SEC finally reached a deal last month with Chinese authorities to gain access to the work papers through the China Securities Regulatory Commission, and the SEC filed a motion to dismiss its subpoena against Deloitte (see SEC Files Motion to Dismiss Deloitte Subpoena).