by Martin Pollins | Feb 10, 2014 | Accountants, Auditors and Other Professionals

Plenty of things going on in the world of money and accounting. Here are a few stories:

How smart accountants handle their own and their clients’ office relocation 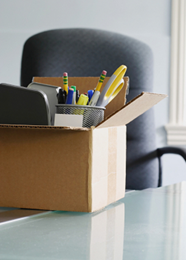 This was on accountingtoday.com, here.  Howard Ecker wrote the story. His company, Howard Ecker + Company, is a national commercial tenant representation company and brokerage firm that represents the commercial real estate interests of tenants throughout the United States.

For many accounting firms, the process of upsizing or downsizing their office space can prove to be very difficult, and in some cases result in an unnecessary waste of money. Some accountants are charged with watching the bottom line of other companies, so they need to make sure that when it’s a move of their own office, they make the right decision for their firm.

Mr Ecker has noticed is that firms that are doing it right not only lock in efficient, flexible space at economic terms that work for their business, but also create work environments that reflect their culture, ethos and values. As a result, they can recruit and retain employees more effectively.

So how can you maximize the benefits of a relocation but minimize the costs? It’s a topic that Mr Ecker consistently addresses with his clients. While there is no master blueprint that works for everyone, he often guide his clients based on the principles set out in the article.

FRC says budget under pressure due to audit reforms

This story was on accountancylive.com, here. The Financial Reporting Council (FRC) has reported that while audit quality is improving, it remains variable overall and said more work needed to be done to establish what stakeholders expect from an audit. The regulator confirmed it is taking action to address specific concerns over banking audits. It also highlighted a number of areas of concern, including poor quality reporting by some smaller and AIM-listed companies and low levels of engagement by investors.

One priority for the year ahead is further consultation on updating the UK Corporate Governance Code, where the biggest issue will be changes to the guidance on risk management and going concern. Auditors should be prepared for big changes in my view.

The FRC also confirmed that there were disparate views in feedback to the recently closed second consultation on the Sharman inquiry, which focused on reporting on risk and going concern. Many respondents had differing views on whether boards could attest to the longer term sustainability of the business.

This story is interesting, reported in accountingtoday.com, here. Although this news item is from the USA, UK practitioners might want the UK accounting bodies to provide similar information. Give them a call, ask for more value from your annual subscription!

The New Jersey Society of CPAs has released the 2013/14 NJSCPA Compensation & Benefits Study of Public Accounting Firms in New Jersey to help accounting firms determine compensation (the US term for pay) for their employees. Along with salary figures, the study also covers incentive plans, health insurance, training and development, and much more.

Results include all levels of accountants—from entry level through to partner—plus support personnel such as IT and administrative staff.  The study focuses entirely on New Jersey, drilling down by regions within New Jersey: northern (plus New York City), central and southern (plus Philadelphia).  The study shows, for example, that a senior manager in central New Jersey has a median salary of $137,608 a year (about £85,000) – is that what you are paying your people?

The study was performed in conjunction with Merces Consulting, which conducts compensation and benefits studies for non-profits. A total of 78 firms, covering several thousand employees, participated in the survey, which ran from September 2013 through December 2013. For more information, visit www.njscpa.org/compensationstudy.

This story is also from the US, on accountingtoday.com, here. Almost two thirds (61 percent) of US accounting firms will keep their technology budgets unchanged from last year, according to a new survey. The chances are that the results of the survey are just as applicable in the UK.

Only a third (31 percent) of responding firms plan to increase their tech budgets this year. The results vary depending on firm size, however, with only 17 percent of sole practitioners planning an increase, but 34 percent, 41 percent and 42 percent of small, midsized and large firms, respectively, planning to grow their budgets in this area. At the same time, firms are more or less evenly split on the value of technology, with 43 percent saying that their primarily technology purchasing decision-maker views technology as a competitive differential, and 40 percent saying that they view it primarily as an expense.

Some other key findings of the wide-ranging survey:

The survey was recently released as an e-book; you can purchase a copy for $995 and download a free executive summary here. 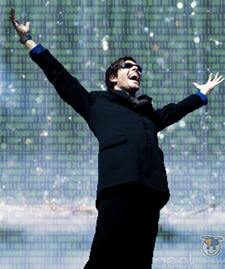 This story was on accountancylive.com, here.  Accountants are positive about the strength of the economic recovery, but many are still concerned about prospects for their own organisation, according to research by ACCA and the Chartered Institute of Management Accountants (CIMA). The quarterly Global Economic Conditions Survey of finance professionals around the world shows that in Q4 2013, half (55%) believed conditions were improving or about to do so, up from 53% the previous quarter. However, a greater number of finance professionals (35%) reported a loss of business confidence, up from 32% in Q3 2013.

Respondents in small and medium sized businesses (SMEs) and small practices reported the greatest confidence gains, followed by their colleagues in mid-tier accountancy firms. Confidence fell among large corporates and financial services companies, and even more so among respondents in the non-profit and public sectors.