Quite what it has to do with data protection, I am not sure, but the Information Commissioner’s Office (ICO) is planning to ask some questions about a psychological study carried out by Facebook on users without their permission. In the test, apparently Facebook played around with the news feeds of nearly 700,000 Facebook users to control the emotional expressions to which the users were exposed.

Playing with our minds, or something more sinister?

The authors of the controversial Facebook study have apologised (but for what, other than conducting the study with the permission of their users?) after an effort to see if emotional states are contagious. Researchers in the study in early 2012, toyed with the feelings of some 700,000 randomly selected English-speaking Facebook users by changing the contents of their news feed, according to a paper published in the June edition of the journal ‘Proceedings of the National Academy of Scientists’ (PNAS), described, somewhat weirdly and worryingly as Experimental evidence of massive-scale emotional contagion through social networks.

Here is one conclusion from the people conducting the survey – see what you think: “When positive expressions were reduced, people produced fewer positive posts and more negative posts; when negative expressions were reduced, the opposite pattern occurred. These results indicate that emotions expressed by others on Facebook influence our own emotions, constituting experimental evidence for massive-scale contagion via social networks,” said the authors of the paper, who include researchers from Facebook, Cornell University, and the University of California. “We also observed a withdrawal effect: People who were exposed to fewer emotional posts (of either valence) in their News Feed were less expressive overall on the following days.”

Worried? I think you should be.

The 1938 public were outraged when they thought Martians were coming 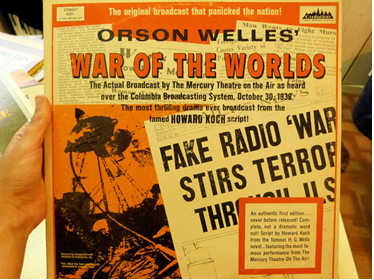 It reminds me of events which took place in 1938… In an episode of the American radio drama anthology series The Mercury Theatre on the Air, Orson Welles worried most of America. The episode that was aired was called The War of the Worlds, an adaptation of H.G. Wells’ 1898 novel of the same name. The first two thirds of the 62-minute broadcast (without commercial breaks) were presented as a series of simulated news bulletins, which caused many listeners to believe that an alien invasion by Martians had actually taken place.

Just as now, following Facebook’s incursion into the hidden mysteries of human responses to an uncertain stimulus, the 1938 public were outraged for the “cruel deception” imposed on innocent listeners. Still, it probably changed the course of Orson Wells’ career who went on to become a famous actor, film director and producer.

How realistic was the Orson Wells’ broadcast? You decide… it’s available here.

It isn’t just big companies that are interested in the way in which we humans do things – computer programmes can also monitor the habits of a computer user so that it is possible to tell the software whether the person using the computer is who they claim to be. It means that the way we type and click with our mouse could make passwords a thing of the past.  Paul Marks wrote about this on page 20 of New Scientist, 28 June. 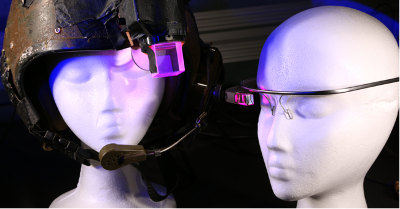 Measurement by technology is commonplace in the supermarket world. Did you know that where you walk, what you looked at, what products you bought, and whether or not you have been looking for a Wi-Fi signal, can be and are measured as you wander up and down the aisles in your local supermarket?

A Spanish company called Proximus using movement sensors placed around a supermarket or large store can track exactly what you’re doing. A firm in Bedford, New York, called Shopperception say that informing shoppers that they will be monitored might make the process palatable. The co-founder of that company thinks that monitoring technology “may be the inevitable next step in a world where you are already monitored by banks, social networks and online retailers”. Aviva Rutkin reported on this last week here in New Scientist.

Where will this all lead to? It’s one thing have a computer analysing what we do but having a computer program that actually influences what we do is perhaps taking it too far, isn’t it?

The Rise and Fall of Shopping Malls

This brings me onto shopping malls – they may be ubiquitous today but it wasn’t always that way. We have to go back to the middle of the Great War, 1916 to be precise, to find that the first supermarket was introduced to retail shopaholics when Clarence Saunders’ opened the first Piggly Wiggly store in Memphis, Tennessee and introduced America to self-service shopping.

It took a few years but then chain stores, slowly but inexorably became a dominant force in American food (and other) retailing. It took a long time for the UK to catch on though and even by 1947, there were only ten self-service shops in the whole country. The London Co-operative Society opened Britain’s first supermarket, in Manor Park, London in early 1948, followed soon afterwards by Marks & Spencer who introduced self-service in the food department of their Wood Green, London store.

The next stage in retail explosion happened when supermarkets and big stores huddled together in what is called a shopping mall – a collection of independent retail stores, services, restaurants plus parking galore. As with self-service supermarkets, the world’s first shopping mall opened in America, probably just before 1920 although some claim that open-air malls started in the late 1890s.

But the days of shopping malls may be over, courtesy of the power of the Web.

Who wants to travel a few miles down a busy motorway, park in a busy mall car park, trudge around for hours, collect your shopping at the end of the day, trudge back to the car and then drive home  when the alternative is available (often cheaper) online?

Few and fewer people it seems, is the answer.

Here’s some confirmation of the shift, from the New Yorker earlier this year: 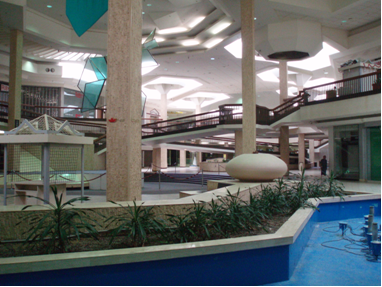 “When the Woodville Mall opened, in 1969, in Northwood, Ohio, a suburb of Toledo, its developers bragged about the mall’s million square feet of enclosed space; its anchor tenants, which included Sears and J. C. Penney; and its air-conditioning—seventy-two degrees, year-round! Two years later, the Toledo Blade published a front-page article about the photo-takers and people-watchers who gathered around the mall’s marble fountain, “that gushing monument to big spending and the shopping spree.” The story quoted an anonymous businessman: “The water has a great calming effect on a person, especially when you’ve been badgered all morning.”

This week [in March 2014], Woodville is being torn down. So are countless other malls across the U.S.—so many that there’s a Web site devoted to “dead malls” that are out of commission.” The dead malls website is at: www.deadmalls.com

Possibly, the good news is that closed, defunct shopping malls could be fantastic building sites for the millions of new houses the UK needs so badly.