When the Chinese burst on the scene, will you be ready?

There has been a 500% increase in Chinese inward property investment to the UK in the past three years alone. Many Chinese property investors have been coming to London because they see it as the centre of Europe. Others already hold US properties and want to diversify their investment portfolio. In UK prime locations, the land in itself is so valuable that it is a safe investment in turbulent times. Coupling that with the pound sterling staying low, has made London properties fantastic value for foreign currency buyers. 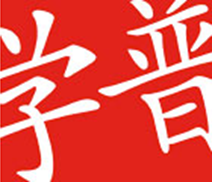 In fact, the UK is the number one destination for Chinese investment in Europe, attracting nearly £2 billion in the last year alone and more than 600 Chinese businesses who now have a presence in the UK. 85% of China’s wealthy want to educate their children overseas and what’s better than a top UK university for them?

According to the Chinese language property portal juwai.com, 63 million Chinese people have sufficient wealth and income to purchase international property.  And 90 million Chinese search for property online every month. Along with other Chinese language property portals such as soufun.com, juwai.com is saturated with prime property listings in first tier UK cities and in other Eurozone locations. But there’s just one small problem: Less than 1% of mainland Chinese can read English.

Let me give you the number again: there are 63 million people in China who are financially able to buy property here in the UK, and there’s a good chance many of them will do so. It’s interesting to note that 70% of them pay in cash.

63 million Chinese (with their proverbial suitcases full of investment money) is about equal to the UK’s current population.

Does your firm’s strategy include addressing this growing
new market of Chinese investors in the UK?

It’s Utopia… Just think of all the tax returns required for those Chinese investors who let their UK property whilst they continue on their investment travels around the world. It sounds like a lot of business for accountants. Lawyers had better pay attention too – lots of large property legal work required, plus some IHT planning too.

Britain is in debt to a new generation of foreign entrepreneurs

This week, there was a report in the press that Britain is in debt to a new generation of foreign entrepreneurs, see here. Contrary to what many people think, immigrants are good for jobs. The truth is that foreign entrepreneurs are actually responsible for a great number of British jobs. Without these migrants, there would actually be fewer opportunities for locals and far fewer start-ups – that is the remarkable conclusion from a report today from the Centre for Entrepreneurs and DueDil.

The figures in the report – sourced from Companies House – are striking:

These astonishing numbers confirm that migrants create vast numbers of jobs for themselves and for other UK residents. It is especially pronounced for companies with a turnover that ranges between £1m and £200m per year: among this vital SME segment, migrant-founded companies are responsible for creating 14 per cent of all jobs, employing 1.16m people. And all this is despite the extra challenges they face including access to finance and cultural and language barriers. 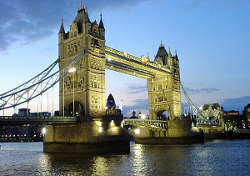 London benefits mostly from all this, with 220,637 businesses run by foreign nationals, more than 21 times that in Birmingham, the second most popular location with 19,000. Once again, migrants are a strength, not a weakness; they help to explain why London is doing so well in terms of productivity, GDP growth, wages and employment growth.

No fewer than 155 nationalities are represented among migrant entrepreneurs in the UK; the most numerous are Irish citizens, followed by Indians, Germans, Americans, Chinese, Polish, French, Italians, Pakistanis and Nigerians. In the case of the French, where many of the entrepreneurs who have moved here are tax exiles or individuals who are sick and tired of the political climate in their home country, these are often businesses that would otherwise have been set up abroad.

The Centre for Entrepreneurs also commissioned the Centre for Research on Ethnic Minority Entrepreneurship (CREME) at the University of Birmingham to investigate the social contribution made by migrant entrepreneurs. Their research found new migrant businesses provide buffers against unemployment and economic exclusion. They also act as vehicles for social integration, and for enabling ambitious workers to develop entrepreneurial skills and experience.

Malcolm Gladwell whose terrific book Outliers I have just read, would be interested in much of this. He made the point about how the sons of Eastern-European immigrants to the USA succeeded as lawyers not in spite of their parents difficulties but because of those difficulties: exactly the same as the immigrants coming to the UK, as CREME found in their study.

So, my message to accountants and lawyers is this: don’t sit there, do something about your strategy, now!

Action Plan: What should you do to take advantage of the Chinese opportunity?

Here are my top tips on your action plan to take advantage of these opportunities. There are many more, I’m sure but these will help you to get started: 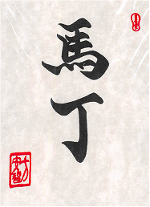 1) The first thing you may care to consider is to learn the rudiments of the Mandarin Chinese language. There are plenty of language schools about. The time you spend will probably qualify for CPE / CPD and there are probably many online resources such as the BBC, Rosettastone and Michel Thomas. As only about 1% of the Chinese with access to the internet in China can actually speak English, it’s a good idea to get part of your website written in Mandarin Chinese. Maybe your engagement letters should be written in Mandarin Chinese too.

2) The sociological concept of losing or gaining face is a fundamental characteristic of Chinese society and culture (read a blog post on the Bizezia Blog by specialist employment lawyer Sofie Persson of Engleharts here to learn more). It’s a word-of-mouth thing, if you can get a foothold anywhere, work on it and the word will get round like wildfire that your firm can be trusted and that you know how to deal with Chinese business owners and investors.

3) The Chinese regard themselves as experts in negotiations and often they have an advantage in their business dealings outside of China. Some organisations can provide Chinese negotiation skills training, for example Prospect Chinese Services. Prospect also provide courses in Mandarin language and training in Chinese cultural awareness. Details are here. There are some further useful tips on etiquette here and here

4) Understand the requirements for monies to be transferred from China to the UK and for bank accounts to be opened in the UK. HSBC have some useful information here.

5) Many Chinese entrepreneurs apply a light footprint approach to management, which involves subordinating strategy to vision and to tactics.  You need to understand this and to be able to deliver advice on it. There’s information available here and here.

6) You need to understand how the Chinese think and act in business: Though many people might emphasise the collectivist nature of Chinese society, visitors to China often remark how individualist they find behaviour to be.  This is because Chinese society is collectivist in that individuals identify with an “in-group” consisting of family, clan, and friends. Within this, cooperation is the norm. Outside of it, zero-sum competition (a competition where one side wins by taking customers away from the other side) is common. Read more on this here.

7) Neil Edwards, the MD at leading marketing company The Marketing Eye has some excellent marketing advice for accountants and lawyers:

(a)   Get your marketing messages in the right order.  Quality, experience and reliability are the most important while local presence is the least important.  Prepare case studies and client lists, naturally referencing other business dealings in China where possible
(b)   Conferences & Exhibitions are highly regarded in China as a way of making initial contact with potential suppliers.  Attendance at exhibitions, conferences and similar events can be essential for any practice looking to achieve substantial or sustained success in dealing with the Chinese. Dedicate time to researching the events that you should attend.
(c)   Adapt some of your brochures into Mandarin – as with websites, successful communication can depend on appearing both ‘Western’ (usually synonymous with good quality) and ‘Chinese’ (knowledgeable about China, and willing to adapt to Chinese requirements).
(d)   A note on Social media – 92% of Chinese citizens use some form of social media.  The problem is, most of the platforms used in the West are blocked by the Chinese Government, which makes social media in China difficult and expensive for Western businesses to exploit.  LinkedIn is said to have a large take up of English speaking Chinese so that could be worth exploring.

Accounting Bites report that accountants should get busier over the next 35 years: the UK will need to experience a surge in the recruitment of accountants if future demand is to be met, new research from Randstad Financial & Professional has revealed. The research shows that the UK accountancy sector is actually declining in number – recording only 76,000 accountants in 2013 compared to the 94,000 in 2008. But Ranstad say that 156,000 qualified accountants will be needed by 2050. Their report says that if the demand in finance skills is not met, the sector will find it difficult to flourish in the future economy.
Managing Partners across the UK should be tabling this at the next Partners’ meeting asking: what should our firm be doing about this? 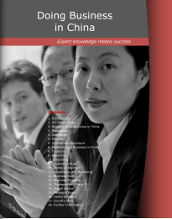 There are over 650 publications on the Bizezia e-Library. We’re looking to having some translated into Mandarin Chinese for our subscribers. If you’re interested, contact me (see my contact details below).

And finally, I’m giving away copies of a publication I wrote some time ago. If you’re interested in how business is done in China, you’ll want this publication: Doing Business In China. To get it, simply email me at mpollins@bizezia.com or call me on 01444 884221. It’s free to the first 150 respondents, £125 + VAT afterwards.