Welcome to the world of automated words

Not everything you read these days has been written by a human… Welcome to the world of automated journalism in which robots write news articles and news stories.

It may sound far-fetched but it’s absolutely true. 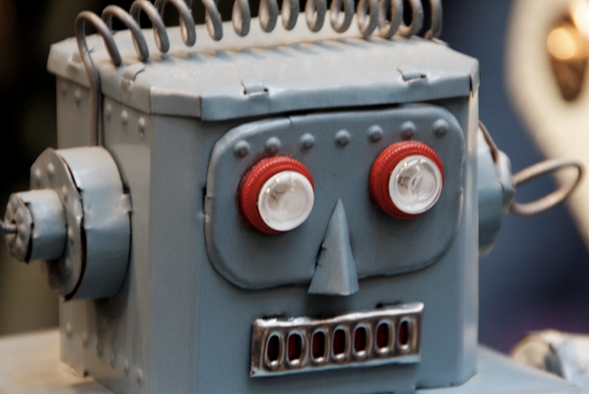 Look, I will be completely straight with you: I always write my own articles and blogs, including this one.

Back Then: Automated newspaper production 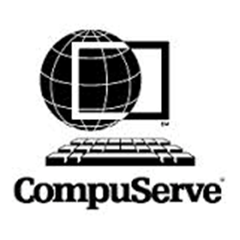 Let me take you back to the early days of the Internet… back to the days of CompuServe, one of the early Internet Service Providers, I came across some software called Journalist. My recent search efforts to find the latest incarnation of this program have been to no avail and I assume it has disappeared into the ether. Journalist was a great program. Fire it up and it would then dial up the Internet via a modem and with the help of CompuServe, it would go off and find news that matched previously chosen criteria and hey presto, an automated newspaper was produced.

Searching for an alternative hasn’t met with any success, so far, although Paper.li seems to come close. Blazoned on their home page (at: paper.li) were these words that caught my attention:

Create your online newspaper in minutes. Automatically find, publish & promote engaging articles, photos and videos from across the web.

May I ask – have you read any books written by Philip M Parker? He is probably the world’s most prolific author thanks to a series of computer algorithms he has developed that can automatically generate books, crossword puzzles and even poetry. 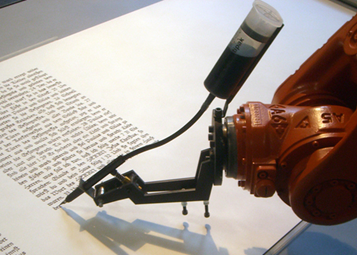 You’ll be happy to learn that Mr Parker is a real person. Born in 1960, he is the INSEAD Chair Professorship of Management Science. He has patented a method to automatically produce a set of similar books from a template, which is filled with data from database and Internet searches. Through his company, Icon Group International, he produces many titles that are printed on demand, ranging from books on medicine to Indian bath mats.

A Guardian article earlier this year confirmed that media organisations are increasingly looking to developers to come up with smart ways to incorporate computer algorithms into the daily grind of the news industry. The article said that; “Forbes.com already uses an artificial intelligence platform provided by the technology company Narrative Science to generate automated news from live data sets and content harvested from previous articles. What makes it possible is that business news content tends to be formulaic and data-heavy, listing places, stocks and company names. The LA Times, meanwhile, uses robotsto report on earthquakes: the organisation relies on an algorithm that pulls in data on magnitude, place and time from a US Geological Survey site.”

In July, Kevin Roose in Daily Intelligencer wrote an interesting article titled: Robots Are Invading the News Business, and It’s Great for Journalists. He mentions a North Carolina-based company called Automated Insights whose software, Wordsmith, could change the way in which words are written everywhere. Already, they claim: Automated Insights’ patented Wordsmith platform writes insightful, personalized reports from your data. It’s like an expert talking with each user in plain English.

And what about tomorrow? 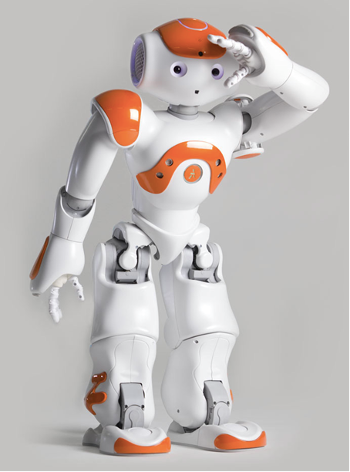 Artificial intelligence will render human efforts redundant, or so says Dave Coplin a senior executive (that’s a real person) from Microsoft (actually, his full title is chief provisioning officer). According to Mr Coplin, within 10 years, robots will be running the City rendering investment bankers and analysts etc redundant. He talks about something called Moravec’s Paradox. This came about, at approximately the same time when CompuServe was king of the ISPs. Articulated by Hans Moravec, Rodney Brooks, Marvin Minsky and others in the 1980s, the Paradox hypothesis says that what we think is easy to do, computers find hard to do but what we think is really hard, computers find easy to accomplish. Rebecca Burn-Callander wrote a good piece on this in yesterday’s Daily Telegraph, on page B3, here.

Looking just 11 years ahead, John Mauldin, in Business Insider explains How Robots Could Change The World By 2025. It’s widely accepted that robotics and artificial intelligence will permeate wide segments of daily life by 2025, with huge implications for a range of industries such as health care, transport and logistics, customer service, and home maintenance.

Here, in this article (written by me), it is not the right place to argue the pros and cons of these fast-moving technological advances or to second-guess the impact it will have on what we read. But I’d be interested to hear what you think. Email me or add your comment below.

Is the future: Woof, Woof?

Harping back to a previous blog post, I explained things about dogs and their brains and how they often make better doctors than doctors themselves… so, is it just possible that one day a dog will write a book or blog like this? Can we expect a time to arrive when we humans would be referred to as “Dog’s Best Friend.”?