US Taxpayer Advocate Calls for Taxpayer Bill of Rights

I picked up an interesting story last week about the US National Taxpayer Advocate (pictured right) releasing her 2013 Annual Report to Congress. Her report identifies the most serious problems facing US taxpayers today and provides recommendations to fix them.  It urges the US Internal Revenue Service to adopt a comprehensive Taxpayer Bill of Rights.

She said it would increase trust in the agency and, more generally, strengthen the IRS’ ability to serve taxpayers and collect tax. In addition, she recommended allowing voluntary certification of unenrolled tax preparers if the IRS fails to win a court appeal of a ruling invalidating its testing requirements for tax preparers.

This story was reported in accountingTODAY and written by Michael Cohn. 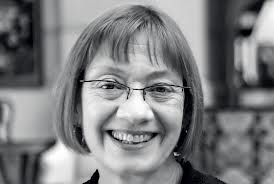 Nina Olson also expressed deep concern that the IRS is not adequately funded to serve taxpayers, pointing out that the IRS annually receives more than 100 million telephone calls from taxpayers. In fiscal year 2013, she noted, the IRS could only answer 61% of the calls it received from taxpayers hoping to speak with an IRS customer service representative. Key metrics show the agency is increasingly unable to keep up with taxpayers’ demand for help in complying with their tax obligations.

Because of sequestration, the IRS’ funding was substantially cut, which translated into a reduction in taxpayer service. And public trust in its fairness and impartiality was called into question.

The story in accountingTODAY notes the longstanding recommendation of the Taxpayer Advocate Service and that Nina Olsen should press the IRS to adopt a Taxpayer Bill of Rights. In a prior report, Olson analysed the IRS’s processing of applications for tax-exempt status and concluded its procedures violated eight of the ten taxpayer rights she has proposed. The report argues that the rationale for a Taxpayer Bill of Rights, or TBOR, is much broader.

Here are some telling words from the report: “Taxpayer rights are central to voluntary compliance.  If taxpayers believe they are treated, or can be treated, in an arbitrary and capricious manner, they will mistrust the tax system and be less likely to comply with the laws voluntarily. If taxpayers have confidence in the fairness and integrity of the system, they will be more likely to comply.”

“The report notes that the US Internal Revenue Code provides dozens of real, substantive taxpayer rights.  “However, these rights are scattered throughout the Code and are not presented in a coherent way. Consequently, most taxpayers have no idea what their rights are and therefore often cannot take advantage of them”, the report says.

The report argues the case for the IRS to take the taxpayer rights that already exist and group them into 10 broad categories, modelled after the US Constitution’s Bill of Rights. The report says the “simplicity and clarity” of a thematic, principle-based Taxpayer Bill of Rights would help taxpayers understand their rights in general terms.

The 10 rights the Advocate is proposing are detailed in the report. Olson has been in discussions with senior IRS officials about publishing a TBOR, and TAS has just completed a series of focus groups with taxpayers and preparers to gauge reaction to, and comprehension of, the proposed list. Olson said the IRS has been open to publishing a proposed TBOR, and she will continue to work with the IRS leadership to refine and publish a TBOR during the coming year.

I’ve taken a brief look at the law in Canada. I found it interesting that where there is ambiguity in the tax law, the ambiguity is read in favour of the taxpayer.  It’s called contra proferentem which means that where there is doubt about the meaning of something, the words will be construed against the person (or authority) who put them forward. The onus is for the Canadian Government to prove why the presumption should not be applied.  They also have a Charter of Rights and Freedoms that applies to all interactions between private citizens and the Government.  This includes that due process will not be delayed.

If you get the chance to do so, you might like to check on how the HMRC fared in the UK. There are some similarities: Underfunding and poor customer service certainly. But surprisingly, HMRC staff have been laid off. And as far as I know, there’s no sign of any Taxpayers’ Bill of Rights. Whilst there’s an HMRC charter, here, in my view it’s very light on specificities and is more of a marketing leaflet than a serious Charter of Rights. In any case, from personal experience, on big cases, I have found that HMRC deviate widely from what’s expected of them.

I see that, at the European Court of Human Rights (ECHR), Britain has lost a staggering 202 European human rights cases several of which involved murderers, terrorists, paedophiles and rapists. Last year, there was a bit of kerfuffle over prisoner’s rights to vote and threats of taking the injustice to the HCHR.

Common-sense seems to have prevailed when, the Supreme Court’s judgement asserted that EU law did not provide an individual right to vote, paralleling that recognised by the ECHR and that eligibility under EU law is a matter for national parliaments. Fair enough, but, as far as I am aware, British taxpayers haven’t felt disgruntled enough (so far) to ask the Judges in Strasbourg for fairer treatment on something really important such as taxpayer rights and fairer treatment from HMRC.