Last week, BBC News reported that the UK economy is growing faster than previously estimated, according to the latest official figures. The Office for National Statistics (ONS) says that gross domestic product was up 0.8% in the July-to-September period compared with the previous quarter, confirming its previous estimate. But it revised its growth figures for earlier quarters.

This means the estimated annual growth rate has now risen from 1.5% to 1.9%, a revision that has surprised economists.

A Treasury spokesman said: “Today’s data show that the recovery has been stronger than previously thought and that the government’s long-term economic plan is working. But risks remain and the job is not done, so the government will go on taking the difficult decisions needed to deliver a responsible recovery for all.” 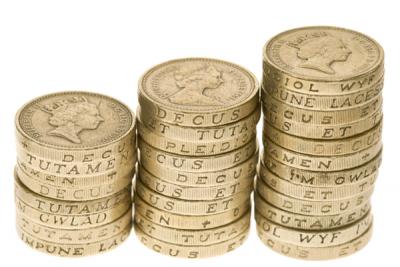 And public finances weakened in November, with public sector net borrowing – excluding the effect of bank bailouts – rising to £16.5bn, up from £15.6bn compared with the same month last year.

Despite the strengthening economy, underlying public sector net debt rose to a new monthly record of 76.6% of gross domestic product. This has led some economists to question the sustainability of the recovery.

The property market is steaming ahead. That’s the news we read about every day. More and more people are now getting on the property ladder and with low interest rates, there’s never been a better time to buy your home. But is it all cloud cuckoo land?  It could be…

This weekend, one of the Bank of England’s most senior figures issued a warning to homebuyers that there will be a clampdown on house purchases if there is any evidence that increasing prices are spiralling out of control. Andrew Bailey, deputy governor of the Bank and the man charged with ensuring financial stability in the UK, said the housing market was one of the key issues for 2014. He said controls could include strengthening the tests potential buyers have to go through before they are offered a mortgage and increasing the amount of capital banks have to hold against household lending. Read more here.

One in six families has a mortgage which is more than four times bigger than their salaries, the Bank of England revealed in a new report, says Becky Barrow in Mail Online.  The report highlights the huge gulf in Britain because half of families have no mortgage or only a small loan of less than twice their salary, but 16 per cent have ‘a debt to income ratio above four.’   Of those struggling with their mortgage, many are also in negative equity, which means the size of their loan is bigger than the value of their property.

The Bank of England’s quarterly bulletin, published on 20 December, reveals one in 25 families are currently in this precarious position, a disaster if they want or urgently need to sell their home. The number of negative equity victims has risen sharply since 2007, the year that the credit crunch struck, when just one per cent were affected to four per cent of households today. To add to the pressure on families, their other debts are also rising. For those who have unsecured debts, such as personal loans, the average amount has jumped by nearly £1,000 over the last year from £5,400 to £6,300 this year.

So, as you can see, everything in the garden isn’t all rosy. But, we can all agree – it’s a much better situation than 5 years’ ago.