In the Frame or Jobs for the boys? … Or how things get noticed

“There is no evidence that more regulation makes things better. The most highly regulated industry in America is commercial banking, and that didn’t save those institutions from making terrible decisions.” – Wilbur Ross 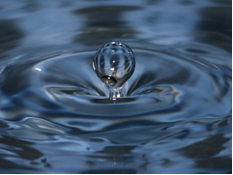 Not many people know too much about framework agreements. I confess that I’m one of them, at least until today.

The European Union (EU) Public Sector Procurement Directive 2004/18/EC includes a provision (Article 32) on framework agreements. The UK Public Procurement Regulations which implement this Directive, came into force on 31 January 2006. Read some guidance from the Office of Government Commerce, here.

A framework agreement is defined as: “an agreement or other arrangement between one or more contracting authorities and one or more economic operators which establishes the terms (in particular the terms as to price and, where appropriate, quantity) under which the economic operator will enter into one or more contracts with a contracting authority in the period during which the framework agreement applies (normally a maximum of 4 years).”  If the procurement is being paid for out of the public purse and the value of all the potential call-offs is estimated to exceed the EU thresholds (and it is not excluded in the regulations) then the framework agreement should be advertised in the Official Journal of the European Union (OJEU).  However, the individual call-offs do not then need to be re-advertised.

Is it all working smoothly? Apparently not.

I came across the difficulties that some smaller firms appear to be having in supplying their services etc under a framework agreement in the water industry. David Lee of Torqueflow-Sydex Limited recorded his dissatisfaction on LinkedIn. He says: “The water industry was privatised during the 1980s in the spirit of free enterprise and open competition. Why therefore is the supply chain to the water companies so dominated by a few suppliers? Competition within this industry has been effectively killed off after many years of the same suppliers dominating the market. When suppliers dominate market for years, it promotes complacency, apathy and inefficiency. One competitor even unwittingly told me he was about to win a framework agreement even before the tenders had been submitted.”

The water industry has a system of framework agreements, which appear to conspire against both common sense and independent contractors. The system requires a potential supplier to go through several hoops including payment of a significant fee to an approval organisation. Their role is to approve potential suppliers.

Companies achieving approval are listed as a supplier and should be included in the tender for new frameworks. Enquiries are issued to these suppliers who go through a bidding stage for selection by the water company. A framework award can last for 2 years or more. Only successful bidders may supply new and replacement capital equipment. In addition, spare parts may only be purchased through the framework supplier. The water company is legally obliged to advertise the opportunity if it is over a certain value in European Journal [OJEU].

But that’s not how it is working, apparently.

Some people say that the opportunity listing does not always happen and it is virtually impossible for smaller firms to supply the water companies. It means that smaller companies cannot grow and invest in jobs and people, if they are prevented from competing openly and fairly. Often, they have the ability to supply parts to fit other manufacturers’ products at extremely competitive prices, potentially saving water companies highly significant amounts of money in their maintenance costs. Again framework agreements prevent them from doing so.

If this also happens in the energy industry, then it is clear why domestic fuel bills are so high.

Do these problems happen in the accounting and legal sectors? I don’t know. But I’m sure that someone out there is either very pleased with the current scenario or quite the opposite. Please can you send your comments to me at: mpollins@bizezia.com

And now for something entirely different

This is based on an email I received from leading employment law barrister Daniel Barnett.

Yesterday morning, the Ministry of Justice (MOJ) published the employment tribunal statistics for January to March 2014. And then it deleted them, and then replaced them (without telling anyone) with a different set of statistics.

It seems the MoJ tried to slip another set of statistics online hoping that nobody would notice. You might say naughty. But I’d say, deceitful.

Daniel Barnett says that: if the first set was wrong – and they won’t admit to it – how do we know the second set is any more reliable?

Daniel Barnett has spent a lot of time thinking about these figures, about how reliable they are, and about what the future holds. He plans to share his thoughts at the Employment Law MasterClass next month in eleven cities around the UK (except Edinburgh, which is in October).

Michael Reed has blogged about this: How not to correct mistakes at: workingtheory.co.uk

“In a time of universal deceit – telling the truth is a revolutionary act.” – George Orwell