Royal Bank of Scotland (RBS) has told the Law Society Gazette it is still keen to lend to law firms after its lending policy was identified as a factor in last month’s demise of a Manchester firm.  RBS, one of the biggest lenders to the legal sector has warned that firms will have to be more accountable for their finances if they want to secure future investment. 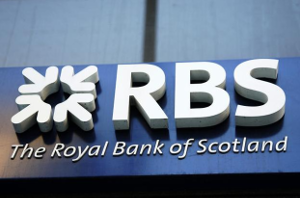 This could be an opportunity for accountants to provide lawyers with sensible and prudential financial advice.

If I were still in public practice I would seize this opportunity with both hands.

A statement by administrator BDO following the collapse of boutique firm EOS Law said NatWest, part of the state-owned RBS group, had denied the firm’s request for additional funding ‘due to a change in the RBS group credit policy for law firms’. The bank, which had already provided £500,000 through a loan and overdraft facility, denied changing its policy but said that it has increased its scrutiny of how law firms run their businesses.

An RBS spokeswoman said: ‘We are holding firms accountable for the prudent financial management of their businesses. That involves requiring firms to be disciplined in their working capital management, regularly billing and collecting, having prudent levels of capital in the business, and not paying partners from debt when income has not been earned and converted to cash.’

EOS Law, founded by former DLA Piper partner Simon Woolley, folded last year owing a total of £2.3m, despite making a profit of almost £700,000 over its final two full financial years. Members or Partners drew a total of £563,000 in those years.

Viv Williams, chief executive of consultancy firm 360 Legal Group, said other law firms will be refused loans if there is evidence of overtrading and financial instability.

He said: ‘I have worked with all the banks in recent years and although some have a different attitude towards “support”, they generally wish to help firms if they are changing and taking professional advice. If firms will not address their WIP and debtor issues, and are undercapitalised and therefore overtrading within their facilities, then expect more of this in future.’

This story, in full, is here.