The Ins and Outs of Compromise Agreements

It’s unlawful for any agreement to be made that is intended to limit an employee’s rights under the Employment Rights Act 1996 or to prevent an employee making a claim to an Employment Tribunal. An exception can be made to those restrictions if either an agreement is made with the assistance of the Advisory, Conciliation and Arbitration Service (ACAS) or a formal “Compromise Agreement” is reached between an employer and employee.

Compromise Agreements were introduced when ACAS became increasingly reluctant to involve itself in cases where a formal complaint to an Employment Tribunal had not been presented. They stop employees bringing claims against employers in any court or tribunal in return for financial compensation. They are increasingly used as a mechanism for preventing possible future complaints to the Employment Tribunal in redundancy situations.

Both ACAS brokered agreements and Compromise Agreements have become increasingly common in recent years because they are a legally recognised and safe way of settling disputes and minimise the danger of future complications or problems.

What is a Compromise Agreement?

What should a Compromise Agreement contain?

A Compromise Agreement should be a unique agreement tailored precisely to the particular circumstances of the employee and employer. A settlement agreement may cover some or all of the following matters: 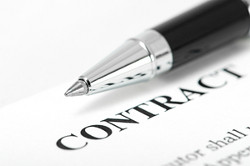 When is a Compromise Agreement drawn up?

A Compromise Agreement can be offered to an employee before or after employment has terminated. In either situation the offer should be “Without Prejudice”, so the terms may not be used as evidence in later proceedings if the agreement is not accepted.  The employer’s legal representative will draw up the Compromise Agreement, but in order for it to be valid, the employee must have received independent legal advice on what signing the agreement will mean for them. In most cases an employer will pay for the employee to receive this advice – but this is usually subject to the employee entering into the agreement and is also usually limited to a specific sum.

There is no legal obligation on an employee to sign a Compromise Agreement if they believe it is unacceptable. If an employee refuses to sign the agreement, both the employee and the employer are free to pursue the case as they see fit. In the case of redundancy this could mean that the employer would refuse to pay the employee the full redundancy package and will instead only pay the minimum state entitlement. In this situation, an employee should seek specialist legal advice to determine the likelihood that their complaint to a tribunal or other legal action is likely to compensate them for what they may lose by refusing to sign the Compromise Agreement. The employee could also seek to negotiate changes to the agreement through their legal adviser or union.

There are two legally recognised alternatives to a Compromise Agreement when settling a statutory claim. These are:

•  An agreed order of the Employment Tribunal; or
•  An agreement, which has been agreed through ACAS, after the commencement of Tribunal proceedings.

Settlements agreed between an employer and employee with the assistance of an ACAS conciliation officer are usually recorded formally on a standard settlement form known as form COT3. Such an agreement effectively binds the parties. As with any legal agreement, its precise terms need to be clear. It is recommended that the parties themselves, rather than their representatives, sign form COT3. This eliminates any subsequent dispute as to whether the representative was actually authorised to sign the settlement form.

If the parties have finalised a settlement before they approach ACAS the agreement cannot be deemed a valid conciliated agreement because ACAS would not have exercised its statutory powers to promote a conciliated settlement, and as such an ACAS officer will not be willing to draw up a COT3 in order to “rubber stamp” an agreement the parties have negotiated directly.

The Tax Position: It looks simple but it’s complicated

Under current taxation laws, the following payments made in settlement of a Compromise Agreement are tax exempt:

The following payments are taxable:

•  any residual amount over the £30,000 tax exempt allowance of a payment by way of compensation for loss of office; and 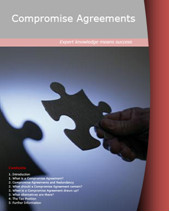 •  any payment made under a contractual term, for example where an employer makes a payment in lieu of notice.

It is very important that specialist tax advice is taken on the issues surrounding the payment of monies under a Compromise Agreement.