The icy winds of employment uncertainty across Europe 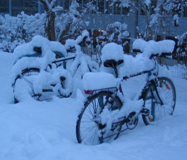 After years of economic recession, double dips, financial cliffs, bankrupt member states and other woes, employees across Europe are still worrying about their employment situation. That is if they haven’t already been sacked. Regardless of which sector their employer is operating in, many employees are victims of the fallout of the financial crisis. Restructuring, downsizing and hire freezes have been on everyone’s minds and few are unaffected by the icy winds of employment uncertainty. We have all seen bailout after bailout, government stimulus packages and changes in employment policies.

The European Employment Law Checkpoint is an excellent resource from Wragge & Co.  It covers a wide spectrum including the commencement and content of the employment relationship, general rules for terminations, individual and collective redundancy, employee’s rights in case of termination and discrimination. 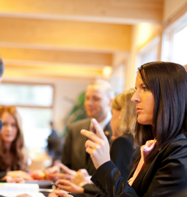 An interesting study on international dismissal costs was published in 2013 by the accounting giant Deloitte.  This report used four scenarios to which the legal framework of the different Member States were applied so that the overall costs of dismissal could be calculated.

The Table below shows the 5 most expensive countries for dismissal costs for each case. 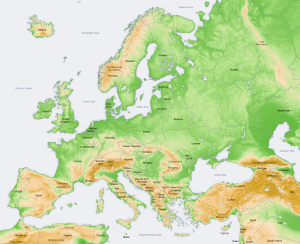 Employee rights are constantly changing and are also very susceptible to changes in the domestic political landscape. For instance, the employment legislation in the UK is much more employer-friendly than for instance, Sweden or the Netherlands.  This in turn means that the labour market in the UK is much more dynamic than elsewhere.  On the other hand, employees do not really have a lot of protection against being unfairly dismissed until they have reached to two years’ continuous service.  Employees are still protected from for instance, being discriminated against or suffering a detriment because they are a whistle-blower. Such dismissals are automatically unfair.  However, looking through the window from the UK towards Europe, it may be the proverbial case of “the grass always being greener”.

Looking at other countries

Click here for a brief look at a few EU countries. It is an overview only and it is suggested that you take appropriate professional advice on any particular situation.

Flexicurity
Another perspective is provided in an article on the flexicurity model that was launched by the European Commission in the mid-2000s. It claimed that there existed such a thing as a ‘golden triangle of flexicurity’. The European Commission urged Member States and trade unions to give up on job protection in exchange for adequate unemployment benefits and active labour market policies. The inspiration for this was Denmark – a country hailed as the perfect illustration of how a flexible labour market with low restrictions on employers to dismiss workers could still offer high security of employment. Read the article, by Ronald Janssen. It says that, contrary to expectation when everything is considered, Denmark does not have a labour market that is particularly flexible at all.

The European Court of Human Rights found in November 2012 that UK law does not provide an adequate level of protection for people that are dismissed as a result of their political leanings. This protection will be extended to members of all political parties including the BNP and while it does not necessarily mean that employees cannot be sacked for their political beliefs, it does mean that they will be afforded the opportunity for a tribunal.

For a brief look at a few EU countries view this publication. It is an overview only and it is suggested that you take appropriate professional advice on any particular situation. It is derived from the 2013 study by Deloitte.