The Business Start-Up Market is Booming

Whichever way you look at it (and some of the published statistics don’t look completely reliable to me), the small business market in the UK is booming. Many sources refer to the number of new businesses but omit to give numbers of business that have closed down.

A quick round up of some of the news filtering through is shown below. 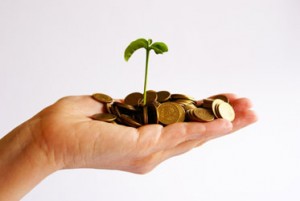 16/12/2013: The number of small and medium-sized businesses in the UK has reached a six-year high at 2.16 million. According to the SME Growth Monitor from the National Association for Commercial Finance Brokers (NACFB), small businesses are booming in 18 out of 20 UK industries. Construction and wholesale are the only sectors that have seen the number of SMEs dwindle in comparison to their large-cap counterparts since 2011. However, while SME growth is 4.6 per cent in England since 2011 and 4.5 per cent in Scotland, Wales is lagging with growth of just 0.3 per cent, while in Northern Ireland the sector has contracted by 1.9 per cent.

16/12/2013: During the recession, more than 80,000 SMEs went out of business but the total has increased by 86,000 since then. A report from The National Association of Commercial Finance Brokers (NACFB) said the biggest growth has been in England, while small business numbers barely increased in Wales and fell in Northern Ireland.  Professional, scientific and technical industries have seen the biggest increase in SMEs, followed by information and communication, health, property, agriculture, education and manufacturing, said the report.  A report released by the Federation of Small Businesses (FSB) this week shows that 32.2 per cent of small enterprises say they are running at full capacity, and 10.3 per cent say they are above full capacity. Both figures are the highest since the survey began three years ago.

13/12/2013: The Telegraph says that Britain’s start-up community is booming in 2013. According to the latest figures from Startup Britain’s Daily Tracker, 502,068 businesses have now been started, putting the country on track to hit 523,410 by the end of the year. The article says that this is the first time in the three-year history of the tracker that the 500,000 mark has been breached. Last year, 484,224 were created, and in 2011, just 440,600. StartUp Britain’s Daily tracker is an online tool which crunches the number of businesses registered with Companies House on a daily, monthly and yearly basis.

4/12/2013: A Note published in the House of Commons Library provides a statistical analysis of businesses in

•    The manufacturing sector accounted for 6% of businesses, 11% of employment and 17% of turnover.

Please let me have your comments on your own experiences with the SME market.

Is it a growth area for you? If not, why not?