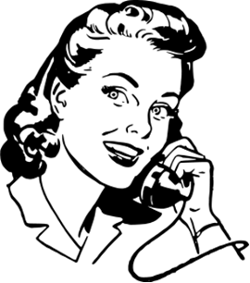 Recently I made a phone call to a company where I called to speak to a person to whom I’d sent an important email and I wanted to know why I hadn’t been contacted. This company (a large business membership organisation) have an interrogation system which prompted the receptionist to ask several questions such as:

And then, to cap it all, I was told “I’ll just see if Mrs X is available”. (Did this mean, “I’ll see if she wants to speak to you”?)   The experience I had reminded me of a publication I put together some time ago based on work done by Paul Dunn of Boot Camp fame. It’s part of the Bizezia Online Business Library. Several parts of the remaining text in this article come from that publication.

The telephone is a powerful tool. Use it wisely.

The office telephone is a powerful tool. Together with emails and faxes, it is your firm’s link with the outside world.  If your firm receives say 100 calls in a day and you work on an average for 200 days a year… that’s 20,000 opportunities for first impressions for callers – whether they are clients, prospects or whatever. The effect of all those opportunities is incredibly far reaching – perhaps more so than you’ve ever thought. Just to illustrate how far reaching it is, a survey conducted a few years ago quoted these staggering statistics as to why customers no longer deal with a particular company – or, put that another way, the survey reveals why customers go to your competitors. Let’s run through the figures.

You’ll notice from the above, that none of the reasons so far deal with the product or the service or the price. These are not as important as it would seem. In fact, only 15 percent of people said that they changed from one company to another because of a product range, price or the delivery time.

Although 68 percent is a huge number, it is a number over which you now have the power to change. Now this is where the telephone is important. You see, perceived indifference is what you often hear on the phone on the first contact.

Here are some common examples. Just imagine these things happening to you when you’re calling another company:

“He’s in a meeting” “Connecting”

All of these examples are perceived indifference.

To start with, we will reflect on just how important that first greeting is.

The Need for Performance Standards 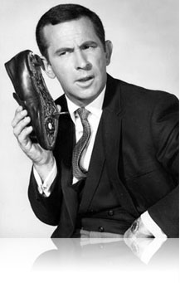 In a moment I’ll provide some ideas that will help you without a lot of effort. First though, I want to talk to you about hamburgers. Well, not just any hamburgers but a Macdonald’s hamburger. The Macdonald’s hamburger itself is not important – the survey I mentioned earlier illustrates that products themselves are not the important thing. What is important is the service you get.

When you walk into a Macdonald’s store, it’s always clean. Pretty simple. But when you walk into the average privately-owned hamburger store you often slide about on the grease. What’s the relevance of that? Simply, that as customers, we all notice the simple things. In fact, someone once said that to succeed all you really have to do is do the ordinary things… but you have to do them extraordinarily well.

Macdonald’s do the ordinary things extraordinarily well when you go up to their front counter. There’s the young person behind the counter. They are not brighter than average, they’re not smarter. But one thing is for sure. When you walk in as a customer – the first thing they do is smile at you. Again, very simple. But very important.

Then you look up at the menu and ask for, say, “a Big-Mac and a Chicken Burger please.” And then the young person will say with that same smile “Certainly. And would you like some fries with that…”

Now why do all the kids do that? Again, as I stressed before, it’s not because they are brighter or smarter than we are, but because they have a set of what I call performance standards to work on.

A Receptionist’s job breaks down into several parts, such as:

The first thing you have to do is to welcome the customer to your company. That doesn’t simply mean that you’ll smile – it means much more than that. Then of course you’ll listen very carefully to what they have to say and then you’ll transfer them to the person you’ve determined they want to speak to. Of course, if that person isn’t in then you’ll perhaps take a message or offer to help in some way.

The idea is to make every contact with every customer positively memorable. So the aim is to delight the caller at every opportunity.

Clearly and obviously, a smile right up front is an important beginning. And not surprisingly, that’s our first Performance Standard. But it’s not just a smile.

These small things actually make a major difference in how callers perceive you.

If your competitors want to play the interrogation game, let them do so. Clients and prospects don’t like to play that game at all.