There seems to be a lot going on in the tech world at the moment although it may be that I’m a little more tuned in than normal. Here are a few things I found in the last 24 hours.

Andrew Sadauskas, in Smart Company, Australia wrote asking: “Would it be handy to receive a text message from your oven notifying you that your dinner’s ready? How about the ability to use a text message to instruct your air conditioner to switch itself on before you get home?”

Andrew asked this question presumably because earlier this week, LG revealed it will give users the ability to add their appliances as contacts to selected mobile messaging apps, including What’sApp. After adding an appliance as a contact, you will be able to send it instructions as a text message, while the appliance can send you notifications as a message.

The big question, however, is whether this is a feature anyone will actually bother to use. What do you think? Often, the crazier something sounds, the more successful it turns out to be.

In a story on accountingTODAY, here, I see that Zoho has refreshed its Zoho Books online accounting software for small businesses. There’s a new user interface and more than 100 new features, along with new mobile apps for Apple iOS, Google Android and Microsoft Windows devices. Analytics features are available via an online dashboard to answer key questions about business performance and cash flow. The banking module now automatically identifies uncategorised transactions from bank feeds and matches them with existing transactions in Zoho Books. New calendar and weekly timesheet views make it easier to bill time to clients. New customisable invoice templates have also been added to the system.

Is Cloud Migration Right for Your Business? 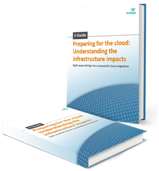 The move to the cloud is happening – and it’s happening now, says a pro.techtarget.com article, here. But before you jump start your cloud migration project, be sure you understand how to adequately prepare your existing infrastructure for the transition. You can download this free E-Guide now to ensure success on your cloud migration. Registration is required.

In this E-Guide you’ll get tips on:

Thinking outside the ‘box’ for cloud orchestration strategies

Sticking with the cloud, another article on pro.techtarget.com, here, says that for most of the history of IT, building an application was done in a “box-based” model. In this model, components are linked into a machine image, and the image is hosted on a static server in a data centre. The cloud, with its goal of resource flexibility and agility, demands a more dynamic association among app components and their resources. Cloud orchestration is the way that’s achieved – but only if planned and implemented correctly:

To read the full story you will need to register here.

You’re vision isn’t as good as it used to be. You have to wear prescription glasses. Don’t worry, Google has announced that it will start selling prescription versions of Google Glass via its new Titanium Collection.  Google quotes: “If we had a nickel for every time someone has asked about prescription lenses for Glass… well, we’d have a lot of nickels,” the Glass team said on Google+. “So we want you to be the first to know that the Titanium Collection is here, with a handful of new styles for Glass so you can make it your own.”

“Explorers can access the Titanium Collection [tomorrow afternoon], along with two new styles of twist-on shades,” Google said on Tuesday of this week.

For more, check out Google Glass: Everything You Need to Know.

Full story and other information, here. 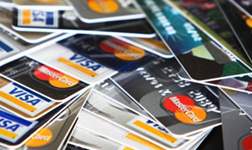 This is worrying – particularly as there was some fraudulent activity on one of my credit cards recently.  I read a story on pcmag.com, here, which says that credit card hacks and other data breaches have made headlines on an almost daily basis lately. With so many attacks at major national chains, from Target to Neiman Marcus to Michaels, affecting millions of customers, it’s very possible that your credit card has been compromised just as mine has.

The FBI has said that more hacks are likely to surface, due in part to the accessibility of malware as well as the potential profit.

You could, of course, simply eschew modern technology and only use cash, but for many, that’s not an option. So what should you do if you are worried that your credit card might have been compromised, and how do you keep yourself safe going forward?

Here are some tips from the article:

Excerpted from full story at: Pcmag.com

Apple stores need to watch out – Samsung and Carphone Warehouse have signed an agreement for the high street retailer to convert 60 of its stores across Europe into dedicated Samsung stand-alone stores.

Of the 60 stores, that will stock only Samsung products, around 20 will be opened in the UK with the others spread across Ireland, Germany, Spain, Portugal, Sweden and the Netherlands over the next three months.

“The stores will have a premium look and feel and will sell Samsung mobile communications products across Samsung’s full range of mobiles, tablets, laptops and wearables,” said Carphone Warehouse.

Smartphone rival Apple already has around 100 stores in Europe that it owns and operates. Samsung’s deal with Carphone Warehouse – along with its own retail stores – will increase Samsung’s European retail presence to roughly the same number of stores as Apple.

The story is here.