Taking the British Public for Fools 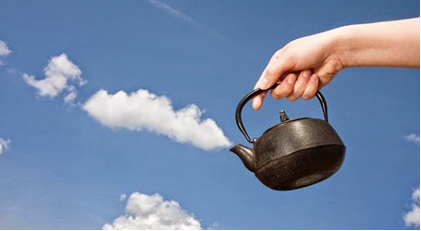 Is it smoke and mirrors or something more sinister?

On hearing the Chancellor’s report on negotiations with the powers that be in Europe on the budget top-up payment we are to make, Shadow Chancellor Ed Balls claimed the Chancellor was “trying to take the British people for fools” with the deal and has in fact not saved the taxpayer “a single penny”.

In a blistering attack on the Government, Ed Balls said: “By counting the rebate Britain was due anyway they are desperately trying to claim that the backdated bill for £1.7 billion has somehow been halved. But nobody will fall for this smoke and mirrors. The rebate was never in doubt and in fact was confirmed by the EU Budget Commissioner last month. The fact is the Treasury knew about this issue for weeks and weeks, but the Chancellor was asleep on the job. And David Cameron and George Osborne have totally failed to make the alliances we need in Europe to get a better deal for the British taxpayer.”

We shall see. To me, it sounds like smoke and mirrors.

But funny things have happened in Brussels before

It reminds me that one of the most celebrated battles in history, Waterloo, actually carries the name of a small village in Belgium near Brussels, which was nowhere near the battlefield, simply because Wellington had been sleeping in an inn there. The Battle of Waterloo, on 18 June 1805 marked the final defeat of French military leader and emperor Napoleon Bonaparte. But all was not as it seemed as you can read here. Unfortunately, Bonaparte didn’t have spin-doctors available to report it as a French victory. Interestingly, Bonaparte is credited with saying: “Impossible is a word only to be found in the dictionary of fools.”

I haven’t read it yet but there’s a new book out this month: The Lie at the Heart of Waterloo: The Battle’s Hidden Last Half Hour, by Nigel Sale. Amazon have it here.

Are we fools? Did we get the whole truth? 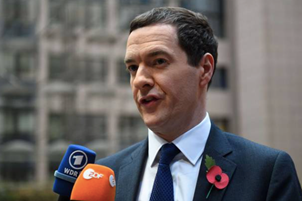 Chancellor Osborne’s victory in Europe on Friday seems to be nowhere near the truth, or to be fair, the full truth. It was not as it seems. The Independent reported that George Osborne is accused of using an accounting trick to claim he had slashed the surprise £1.7bn bill from the European Commission. The fact is, he hasn’t slashed anything. All he has done is to offset the refund, which we would have got back in 2015, against the £1.7 billion demand. But he has also gained some time by paying the debt is two instalments next year and avoiding interest – which was probably never going to be imposed anyway.

Interestingly, we weren’t told that the deferral, so that what’s due can be paid in two instalments, has now been extended for all countries and will be settled in instalments in July and September. Remember that the EU had set a deadline of 1 December 2014 for the UK to pay up.

So the idea planted in the minds of the British electorate by the politicians, that our Chancellor had negotiated a “time to pay” arrangement, wasn’t really true either it seems.

Oh Dear, what are we to believe these days.

It’s not the first time

TUC General Secretary Frances O’Grady says: “The Chancellor used the wrong statistics, presented them badly and made a case that doesn’t survive scrutiny.”  But she wasn’t talking about the Chancellor’s visit to the EC to sort out the budget payments. Her statement was made in a press release from the TUC on Saturday asserting that HM Treasury (HMT) breached the official statistics code with misleading employment figures.

This is what the TUC says: “The HMT announcement from 23 October 2014 – used to promote a series of workplace visits by the Chancellor – claims that female employment has increased in every sector of the economy under the current government. It further claims that this was in contrast to the previous government, under which increases were concentrated in the services sector. No data were presented to support these assertions. In a press release given to journalists, the claims were reinforced by a data graphic giving the visual impression that over the last four years the contributions of agriculture and mining, manufacturing and construction to female employment growth have been greater than that of services. However, the graphic did not adjust for the size of each sector. Had it done so, it would have shown that almost four in every five jobs that account for female employment growth under the current government are in the services sector.”

£1.5 billion for National Grid investment – was this part of the negotiations by the Chancellor? 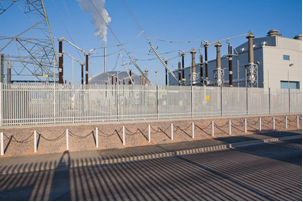 It’s anyone’s guess on whether this £1.5 billion handout was part of Friday’s agreement. I just get the feeling that we are not being given all the facts.

I think there’s a good word that nearly explains this: disingenuous – not being candid or sincere, typically by pretending that one knows less about something than one really does. The dictionary says that: To deceive is to knowingly induce someone to believe that something is true when it is not.

It will be interesting to learn what the Chancellor and HM Treasury say in response to the attacks on them.

Anyone would think a General Election is coming up. 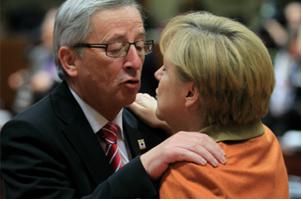 David Cameron was right to argue that Jean-Claude Juncker [pictured, in an apparent warm embrace with the German Chancellor] should not be president of the European Commission.  The new president of the European Commission, was “always a bad choice for the job, foisted on the bloc’s 28 national governments by a European Parliament eager to expand its powers. It’s becoming clear now just how poor a decision that appointment was.” So say the editors in an article on Bloomberg View last week.

The Bloomberg View article relates that Juncker was the prime minister of Luxembourg, a tiny nation with a population 1/17th the size of London’s, for almost two decades. In that time, he oversaw the growth of a financial industry that became a tax centre for at least 340 major global companies, not to mention investment funds with almost 3 trillion euros ($3.7 trillion) in net assets – second only to the USA. Partly as a result of the Swiss-style bank secrecy rules and government-blessed tax avoidance schemes that helped draw so much capital, the people of Luxembourg have become the world’s richest after Qatar.

“Juncker, you could say, made his country rich by picking the pockets of other countries, including those of the European Union he is now mandated to serve. The commission was already conducting an investigation of Luxembourg’s tax arrangements. Juncker says he won’t interfere – but he won’t recuse himself, either. Indeed, his spokesman says he is “serene” in the face of the revelations. He shouldn’t be. At this point, he could best serve the European project by resigning”, the article adds.

Is this the right way? 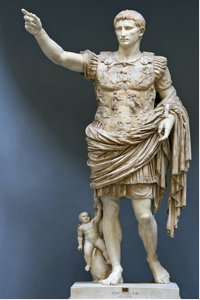 Perhaps the European leaders (except our Prime Minister) could have learned something from the past.  Augustus by Adrian Goldsworthy [available at Amazon, here], provides useful insight on running for public office in ancient Rome: Those in the know will be aware that Augustus was the founder of the Roman Empire and its first Emperor, ruling from 27 BC until his death in 14 AD. There were no political parties in Rome as such nor were elections primarily contests about policy. Voters selected on the basis of perceived character and past behaviour rather than the views a candidate expressed. It seems odd then that most of the European leaders ignored David Cameron and appointed Jean-Claude Juncker anyway.

I must be too cynical, perhaps because my training as an auditor required me to validate and examine everything.

How long Jean-Claude Juncker lasts in office is anyone’s guess – what’s yours? Comment below or email me at mpollins@bizezia.com