Last Thursday, The Guardian reported (here) that negotiations between the Professional Cricketers’ Association and the England and Wales Cricket Board (ECB) over the severance terms of Kevin Pietersen‘s contract, which had seven months to run and was worth around £500,000 a year, were nearing completion, which will confirm the 33-year-old’s new status as a freelance cricketer. 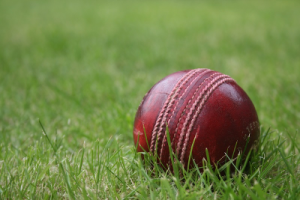 The paper said that a disastrous week of publicity for the ECB plumbed new depths when James Whitaker, the new national selector, became its first official representative to face the media – albeit selected outlets, rather than at an open press conference – and gave a toe-curling interview to Sky Sports News after the announcement of a squad for next month’s World Twenty20 in Bangladesh.

The interview was delayed by more than half an hour because of issues about Whitaker appearing live on air, and even after it had finally begun it was interrupted when the selector received a call on his mobile. “I thought I’d turned that off,” he said.

But, the paper says, it was the hoops through which Whitaker, an eloquent and amiable former Leicestershire captain who has been on the selection panel for several years, was forced to jump to evade questions on Pietersen that underlined the mess the ECB is in.

Still, yesterday, The Guardian updated the story, here saying that England have hit back in the previously one-sided war of words over their decision to sack Kevin Pietersen, enlisting the support of the Professional Cricketers’ Association to confirm that he had been released because they could not be confident of his full support for the captain Alastair Cook.

There was no direct criticism of Pietersen in a statement released after 6pm, at least three hours after it had been expected, because “both parties remain bound by confidentiality provisions”. But there was little doubt to whom the ECB and PCA were referring in complaining about “a breach of trust and team ethics” that has led to savage criticism of Cook, his Test vice-captain Matt Prior and former team director Andy Flower in recent days.

Former Australian captain Ian Chappell says: “Did England sack him [Pietersen] because he thought differently from his captain and coach or because he was a disruptive force in the dressing room?”  He adds: Any English player who wasn’t exasperated by some of Cook’s captaincy in Australia deserves to be demoted.”

That sounds fair enough and makes sense to me. From my perspective, it’s clear. If the captain is weak, he should be sacked. The other two transgressors have either resigned or been stood down.