Scottish independence: A lesson from history – the Darien disaster 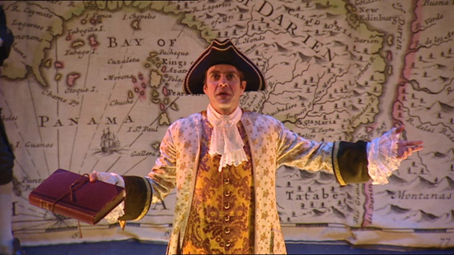 “It began as an ambitious scheme to establish a Scottish colony in Panama, but ended in loss of life and financial ruin. So what really happened during the Darien Venture?”

On 15 October 2012, a Daily Telegraph article announced the Scottish independence voting proposals with a severe warning for savers and other financially-aware Scots to be careful about what they wished for. Ian Cowie, who wrote the article said: “history’s lessons are not encouraging”.

What was he talking about?

You’ll find the answer back in 1695. In what was probably the world’s first crowd-funded enterprise, the financial catastrophe that emerged demonstrated how England and Scotland are stronger together than by being separate.

The catastrophe became known as the Darien disaster and directly resulted in the Act of Union in 1707 that brought both England and Scotland together more than three hundred years ago. 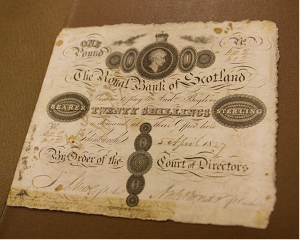 Ian Cowie described the mood in Scotland at the time: “Back in 1695, the nascent Scots mercantile class had become so fed up with being excluded from colonial trade by England that they decided to do it themselves. Scratching around the margins of the known world which had not already been bagged by the Sassenachs, the Dutch or the Spanish, Caledonian dreams of untold riches settled on the Darien peninsula in what is now called Panama on the Caribbean coast.”

It sounds hauntingly familiar with the words that Alex Salmond uses today.

The Darien scheme and why it provides useful lessons today

The colonisation project that became known as the Darien Scheme (or Darien Disaster) was an unsuccessful attempt by the Kingdom of Scotland to become a world trading nation by establishing a colony called “Caledonia” on the Isthmus of Panama on the Gulf of Darién in the late 1690s.

From the outset, the undertaking was beset by poor planning and provision, weak leadership, lack of demand for trade goods, devastating epidemics of disease and increasing shortage of food. It was finally abandoned after a siege by Spanish forces in April 1700.

Spain has since emerged as a world leader in football, something that regularly eludes Scottish footballers on both the World Cup and European Cup stage.

I digress. Going back 300 odd years, we find that the Darien Company was backed by between a quarter and a half of all the money circulating in Scotland. The project’s failure left the Earls and Nobles, landowners (already suffering from a run of bad harvests) as well as town councils (think how attracted they were to Icelandic Banks more recently) and many ordinary tradespeople, almost completely ruined.

Dr Mike Ibeji, in a BBC History article, says that Scotland at the end of the Seventeenth Century was in a state of crisis. He describes the scene:

“Decades of warfare had combined with seven years of famine to drive people from their homesteads and choke the cities with homeless vagrants, starving to death in the streets. The nation’s trade had been crippled by England’s continual wars against continental Europe, and its home-grown industries were withering on the vine. Something had to be done. Some way had to be found to revive Scotland’s economic fortunes before it got swallowed up by its much richer neighbour south of the border. 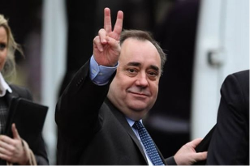 The man who came up with the answer was a Scottish trader and banker called William Paterson. He was aged 37 at the time of the Darien project. Interestingly, he was one of the founders of the Bank of England and was one of the main proponents of the catastrophic Darien scheme. But he seems to have learned the errors of his ambitions, when later becoming an advocate of Union with England.