LLP changes are definitely going ahead – the clock is ticking

by Martin Pollins | Feb 25, 2014 | Accountants, Auditors and Other Professionals, Lawyers | 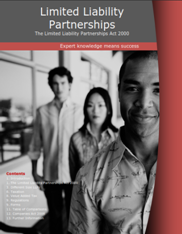 On 21 February 2014, HMRC published a technical note on new rules due to come into effect on 6 April 2014 which affect limited liability partnerships (LLPs). They reaffirm HMRC’s intention to stop, what they see as a misuse of some LLP provisions.
The controversial changes will go ahead but HMRC has made some small concessions in response to the concerns of lawyers and accountants, including allowing LLP members more time to contribute capital. However, in future LLPs are likely to be far less flexible in terms of succession and financing.

The changes described in this note should mean that fewer partners are affected by the new rules than had originally been expected but professional firms now need to get moving and assess how they might be affected.

For a general overview of LLPs, you can download a publication on LLPs that I wrote some time ago.

LLPs incorporated in the UK combine the organisational flexibility of traditional partnerships with the benefit of limited liability for their members. In law, they are corporate bodies with greater similarity to limited companies than to traditional general partnerships. Specific tax legislation exists to ensure that they are treated as partnerships for tax purposes, rather than treated as companies.

In particular, and this is the key point, the rule at section 863 of Income Tax (Trading and Other Income) Act (ITTOIA) 2005 (which has been in place since 2001) provides that any individual LLP member is treated as self-employed for tax purposes, subject to income tax and Class 4 national insurance contributions (NICs) on the partnership profit share. The rule was intended to treat LLP members in the same way as partners in traditional partnerships.

What’s the problem that HMRC are trying to solve? 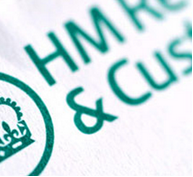 What do the new Salaried Member rules do?

Following consultation, legislation is being introduced in Finance Bill 2014 to address the inconsistency that HMRC perceive and, as HMRC say, to make the rules fairer across different partnership types. This ensures that LLP members who are, in effect, providing services on terms similar to employment are treated as “employees” for tax purposes.

Associated changes to the NICs legislation are being made under the NICs Bill 2013.

What do the new rules not do?

The Salaried Members rules due to apply from 6 April 2014 will apply only to LLPs formed under United Kingdom legislation (the LLP Act 2000).

The rules at a glance

The new rules will treat an individual member (called “M”) of an LLP as an “employee” if three conditions are all met (as set out below).

This is the key indicator for determining if an LLP member is a salaried member. The test is applied “looking forward” on the basis of the arrangement in force at the time that it is being determined whether the Condition is met.   The Condition is met if there are arrangements in place under which:

In response to comments received on the draft legislation and guidance that were published on the Salaried Member rules on 10 December 2013, the Government will amend the legislation to make it explicit that the new rules apply where it is reasonable to expect that at least 80% of the amounts payable by the LLP for M’s services will be disguised salary.

Disguised salary is an amount that meets any of the following requirements:

The second requirement is intended to ensure that disguised salary includes any reward for services determined without reference to the profits of the LLP. It is important to note that personal performance can be a factor in determining entitlement to a profit share.

The third requirement brings in potentially variable amounts that, for practical purposes, are highly unlikely to be affected by the profits of the LLP.

In some cases, LLPs pay their fixed share partners though a “fixed profit share”. For example, a number of junior LLP members each have a fixed profit share of £75,000 per annum. This fixed share is the first charge against profits. However, on the facts, except for a catastrophic event, the junior members will always receive £75,000. It is therefore reasonable to expect that they will obtain a reward which is not affected by the overall level of profits.

HMRC does not regard payments made on account of an expected profit share as disguised salary. These sums are only contingently paid and will later be reconciled with actual profits (so as to give rise either to a right to further profit or a debt owed to the firm). In such a case, the reward for services is a profit share (with the drawings on account being the means by which the profit is accessed).

This condition is met if M’s contribution to the LLP is less than 25% of the disguised salary and it is reasonable to expect that it will be payable in a relevant tax year in respect of M’s performance of services for the partnership.

HMRC say that “The capital contribution made by any member is likely to be well documented.”. In other words, they will want to see that it is well documented if they are to accept such to be the case. For individuals who are members at 6 April 2014, a firm commitment in place by 6 April 2014 to contribute capital within three months will be taken into account in determining whether Condition C is met.

Where an individual becomes a member on or after 6 April, a two-month period will be allowed to provide the capital, again subject to there being a firm commitment to contribute the capital from the day of becoming a member.

The proposals above, which will be reflected in the revised legislation, are intended to ensure that members are not subject to PAYE for short periods of time while they arrange the necessary finance to make a contribution.

The detailed rules and guidance is available here.