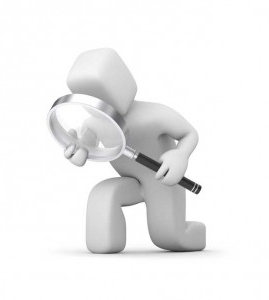 Oh dear, another transgression by bankers: allegations of foreign exchange rate-fixing at major banks are “every bit as bad” as the Libor scandal, the boss of the UK’s financial regulator has said.  Martin Wheatley, the head of the Financial Conduct Authority (FCA), told the Treasury Select Committee that 10 banks were now helping with its investigation. Traders are alleged to have colluded in setting certain key exchange rates in the £3bn-a-day forex market.

The Libor interest rate scandal led to banks paying $6bn in fines. Traders were found to have used online chat rooms to collude in setting the Libor rate – used to set the cost of borrowing between banks.

Other regulators around the world are also investigating possible manipulation of foreign exchange rates, but London’s position at the centre of the market makes the FCA’s investigation particularly significant.

Several banks, including RBS and Barclays in the UK, have launched their own internal investigations and already suspended foreign exchange traders.

Mr Wheatley said “the surprise for all of us” was that the allegations about fixing forex trades and the suggestion of collusion among traders have become so strong.

However, he told the committee that it was unlikely that the FCA’s investigation would reach any conclusions this year. “I hope that we will next year… We are still in the investigation phase.”

You can read about this in almost every paper. I read it here.

CITY A.M. report that cutting short the PPI scandal by imposing a deadline on compensation claims would hurt victims of the crisis, Martin Wheatley said yesterday. Banks are still unveiling higher and higher estimates of the final cost of the redress payments as the flow of claims from customers shows no sign of ending.

But the chief of the Financial Conduct Authority does not want to forcibly end those claims with a cut-off date. The regulator also clashed with MPs over sales incentives for junior staff.

MPs want all staff who could damage a bank’s reputation to be covered by a new certification regime controlling their pay and incentives – including junior, front office sales staff. Wheatley argued that such staff – for instance those at Lloyds, a bank which was fined for creating incentives to mis-sell from 2010 to 2012 – are following incentives laid out by their managers and do not always know they are doing wrong.

But MP Mark Garnier said this amounts to an “only obeying orders” excuse, calling it a “post-modern Nuremberg defence.”