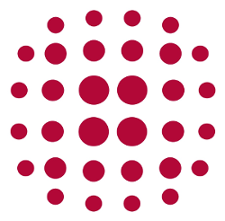 A story on the Legal Futures website tells us that the impact of alternative business structures (ABSs) on organisations with in-house lawyers is likely to be felt most in the third sector, major new research has found – but hundreds of private companies and public authorities are looking at conversion too.  The findings came in a report on the role of in-house solicitors commissioned by the Solicitors Regulation Authority, which analysed existing data and also surveyed 2,013 in-house solicitors and 213 employers.

The research revealed that employers have “some appetite” to become an ABS, with around 5-10% of those surveyed at least considering the business case for conversion.  “Applying this proportion to the total number of firms known to employ in-house solicitors would suggest that somewhere between 300 and 700 firms are potentially considering applying to become an ABS,” the researchers calculated. They said this could have “a significant impact on the market for external legal advice”, depending on the size and market position of the organisation involved, although the limited evidence thrown up by the survey was that it did not seem as though very large companies were eyeing up ABS status. At the same time, 10% of in-house solicitors working in the private sector thought their employer did not understand their professional obligations.

Another story on the Legal Futures website: The former head of construction at City giant Norton Rose Fulbright has turned his legal consultancy into an alternative business structure (ABS), but has had difficulty finding a non-lawyer professional partner of similar standing to link up with. Christopher Hill, who has 25 years’ experience advising in contentious and non-contentious aspects of construction and infrastructure projects, said he applied for the ABS licence hoping to find a partner within the construction-related professions.

He was hopeful he might find a partnership with “people who were formerly lawyers and who’ve now got other roles in property, who are trying to make a way in real estate finance”. Such a link up might make sense “because we could appear with an offering to a developer who hasn’t got the knowledge to put all the bits of his deal together”.

Is this exactly what you are looking for? If so read about it here.

Unprecedented consolidation, ABSs and only the global or niche surviving 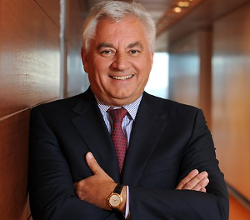 That’s a good headline: “Unprecedented consolidation, ABSs and only the global or niche surviving”.

Commercial law firms that think a recovering economy will save them from the imminent and major consolidation of the market are “deluding themselves”, Sir Nigel Knowles has warned. The global co-chief executive of DLA Piper said the trends in the legal market – including alternative business structures – will render many firms’ business models as obsolete, and predicted that only the “truly global or super niche” will prosper in the future.

Sir Nigel argued that the legal services sector as it currently stands is unsustainable and that looking ahead to 2014 and beyond, “it is difficult to see the status quo remaining”.

Yesterday, the Law Society Gazette reported that a voluntary Legal Ombudsman scheme would add another layer of complexity to the complaints system and confuse consumers, the Law Society has warned. In a consultation response just published, the Law Society ‘broadly welcomed’ the ombudsman’s three-year plan – but opposes plans to extend its remit. In particular, the organisation raises concerns that plans to consider complaints about unregulated providers could prove ‘costly and potentially detrimental to consumers’.

You read about it here. 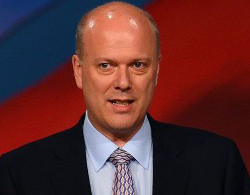 Yesterday, the Law Society Gazette reported that the Law Society has announced that Justice Secretary, Chris Grayling, is to meet criminal lawyers to hear concerns over the government’s proposed changes to criminal legal aid reforms. The meeting will take place next Tuesday somewhere in London. It will be the fourth meeting on legal aid issues to take place with the Ministry of Justice since May last year.

You can read about this initiative here.