News for Professionals who advise clients

by Martin Pollins | Jun 10, 2014 | Accountants, Auditors and Other Professionals, Lawyers |

As ever, there are plenty of stories today to bring you up to date.

Next time you are questioned about the size of your fees, remember this:

“If you think a professional is expensive, wait ’til you try an amateur.”
– Paul “Red” Adair

Did you read w 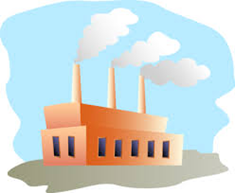 hat Emily Gosden wrote in the Telegraph yesterday in her article: Britain readies ‘last resort’ measures to keep the lights on – you might get a call from a few of your clients about the fact that National Grid is to begin recruiting businesses who will be paid to switch off if needed to protect consumer supplies as a “last resort”.  Britain may be forced to use “last resort” measures to avert blackouts in coming winters, Ed Davey, the energy secretary, is expected to say today.

Factories will be paid to switch off at times of peak demand in order to keep households’ lights on, if Britain’s dwindling power plants are unable to provide enough electricity, under the backstop measures from National Grid. The Grid is expected to announce that it will begin recruiting businesses that will be paid tens of thousands of pounds each simply to agree to take part in its scheme. They will receive further payments if they are called upon to stop drawing power from the grid. It is also expected to press ahead with plans to pay mothballed gas power plants to ready themselves to be fired up when needed.

You can equip your firm with this know-how here.

John Lewis and Stuart Marks with an innovative approach

Sarah Butler wrote an interesting article on theguardian.com about a project that gives five companies £12,500 each and 15 weeks to develop their inventions alongside mentors. Smart labels that could help fix a washing machine, an app that can build virtual versions of customers’ homes and a system to track shoppers in stores are on a short-list high-tech innovations competing for £100,000 in investment from John Lewis and tech entrepreneur Stuart Marks. The mentors include Pizza Express co-founder Luke Johnson, Confused.com founder Sara Murray and John Lewis’s IT director Paul Coby. The best project will then get the chance to become a supplier to the department store, which will invest £50,000 to take a stake in the winning company alongside a matching investment from Stuart Marks. The winner, and potentially some of the other more successful ideas, are also likely to become suppliers to John Lewis.

Now for the rest of the news…

Get Closer to the Edge to Grow

Daniel Hood, from the USA writes in accountingtoday.com that firms which are pioneers in adopting technology, also outpace their peers in other ways, too, according to Wolter Kluwer CCH Tax and Accounting president and CEO Teresa Mackintosh. She says accountants don’t necessarily need to be on the cutting edge in all things to grow.

“Firms that proactively pursue the right technologies are clearly winning over firms that don’t,” Mackintosh told accountants in a keynote address at this week’s California Accounting and Business Show. “It pays to be agile.”  That said, she added, “Everybody doesn’t need to be a pioneer. You can think of one thing that makes a difference to your firm. … Pick just one or two things and push them forward.”

The Chinese legal market: answers to the key questions 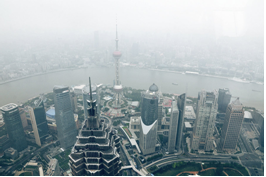 Yun Kriegler in The Lawyer today asks: What is the state of mind among foreign firms operating in China? What are their main concerns about the market and how are their Chinese counterparts faring?

If you are still seeking the answers, look no further. This week, The Lawyer provides an illuminating insight into some intimate discussions among 12 leading international firms and four top Chinese firms at a recent gathering.

You will need to register on The Lawyer website to read this article in full.

Goodbye to minimum salary and Hello to more skills and knowledge

Nick Hilbornein Legal Futures wrote today to say that The Legal Services Board has approved wide-ranging plans by the Solicitors Regulation Authority (SRA) to deregulate training, including the delayed demise of the minimum salary. The first part of the SRA’s Training for Tomorrow programme will be incorporated into new Handbook and come into force on 1 July.

It begins to shift the regulator’s role from prescribing pathways to qualification to setting out ‘day one’ skills and knowledge, and allowing much greater flexibility in how that is achieved. 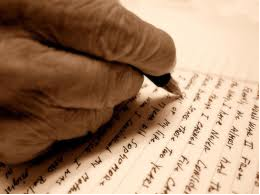 Neil Rose in Legal Futures wrote today to say that a parliamentary inquiry has called for a push to encourage people to make wills and that will-writers should inform all clients that they are able to leave money to charity in them. The cross-party report (Creating an age of giving) said that the £2.05bn left to charities in wills represents 5% of their total income – but only 6% of people make a bequest to charity, despite inheritance tax changes that encourage greater giving. However, it also found “positive trends that bode well for an increase in legacy giving”, with the percentage of will-writers who never prompt about charity falling from 22% in 2011 to 10% in 2013. The number who always do is also on the up.

Non-lawyers may be gentlemen – but they can’t be officers

Neil Rose also wrotein Legal Futures today to say that the distance between reform in the UK and US has been shown up starkly by a Texan ethics ruling that prohibits non-lawyers working in law firms to have the word ‘officer’ in their job titles. It has also stopped bonuses to non-lawyer employees that are contingent upon the firm achieving a specified amount of revenue or profit.

The opinion was issued after a Texas law firm proposed giving non-lawyer professionals the titles ‘chief executive officer’ and ‘chief technology officer’ and to identify them as ‘principals’ in the law firm, as well as giving them bonuses based on firm-wide targets. Despite the growing practice of giving non-lawyers such titles in US firms, the Texas Bar’s ethics committee ruled that the term ‘officer’ in these circumstances “indicates that the person holding the title has the power to control either the entire law firm (in the case of ‘chief executive officer’) or significant areas of the firm’s operations (in the case of ‘chief technology officer’).

PI lawyers ‘making too much money’ from process: no more gifts of Tablets!

John Hyde writing in Law Society Gazette yesterday says the government has argued that personal injury lawyers are making too much money from the claims process, as it seeks to justify further restrictions on marketing.The Ministry of Justice has now set out in parliament its plans to tackle ‘unjustified’ personal injury claims with a new raft of legislation.  Justice Minister Lord Faulks confirmed in a written statement to the House of Commons plans that were first leaked over the weekend and reported by the Gazette on Saturday. They include a statutory ban on the offer of inducements by lawyers in personal injury cases.

In globalaccountantweb.com, it reported that the European Central Bank (ECB) has unveiled a package supporting lending to the real economy in the Eurozone, a move strongly welcomed by ACCA.

The ECB measures entail proposals to conduct targeted longer-term refinancing operations (TLTROs) aimed at improving bank lending to the non-financial private sector in the Eurozone, excluding loans to households for house purchases over a window of two years, and to intensify preparatory work related to outright purchases of asset-backed securities (ABS). 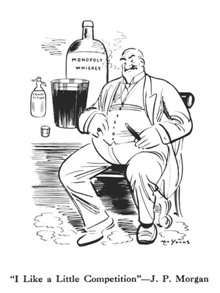 Also in globalaccountantweb.com, The Financial Reporting Council announced a programme of work to promote clear and concise reporting from which investors can draw conclusions about a company’s performance, position and prospects.

As a first step, the FRC has published Guidance on the Strategic Report; the new reporting requirement designed to give investors an insight into the way the business is run and its strategic direction.

Catherine Baksi in Law Society Gazette writes that the head of the family division has called on the Justice Secretary to intervene to resolve the ‘impasse’ reached in a case, to prevent a father’s lack of legal aid disadvantaging a child. In Q v Q, a father, a convicted sex offender with convictions for sexual offences against young male children, seeks contact with his seven-year-old son. The mother opposes  the application and an expert’s report suggests the child would not be safe in the father’s presence.

Consumer panel to use FoI requests for lawyer data 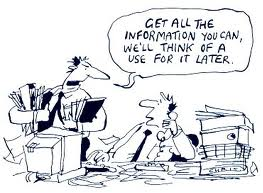 John Hyde in Law Society Gazette writes that the legal services watchdog is to use freedom of information requests to extract more data on the performance of lawyers. The Legal Services Consumer Panel says it wants to publish more information on complaints and service quality of law firms. In its annual report www.legalservicesconsumerpanel.org.uk, the panel says it plans in the next year to use FoI laws to ask public bodies for information they hold on the performance of lawyers.

Bodies such as the Legal Aid Agency hold peer review scores for legal aid providers, and the consumer panel wants access to this information for use in comparison websites. Details are here.