I’ve previously blogged that I’m not yet absolutely certain that the recession is over. 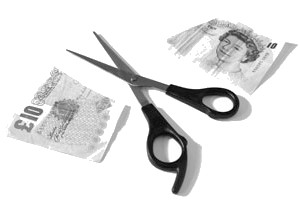 So, I was interested to read that the Institute for Fiscal Studies (IFS) has warned us that the UK is still not halfway through spending cuts. This story is on accountancyLIVE. We are told that:

The stark news was revealed in the IFS Green Budget, published in advance of the Budget scheduled for 19 March. The IFS takes issue with government’s projections of growth from underlying revenues in capital taxes – which it says are ‘notoriously difficult’ to forecast.

A story on City. A.M. today informs us that more hawkish views on the Bank of England’s stance are emerging from their panel of monetary policy experts, ahead of the Bank of England’s inflation report. The shadow monetary policy committee (SMPC) is still largely in favour of holding interest rates at their current low level, but more members are now indicating that rates should rise before 2015. Until summer last year, some members were still voting in favour of more quantitative easing – it demonstrates the rapid change in the British economy in recent months.

Unemployment fell to 7.1 per cent in November, as announced last month, only 0.1 percentage points above the Bank’s threshold for reassessing monetary policy. When the monetary policy committee revealed the terms of forward guidance in August, it projected that unemployment would not fall to such a level until the middle of 2016.

There’s a saying that you can confuse almost anyone with numbers and statistics, so caution is required.  The BoE is expected to review guidance in its inflation report next week, with the possibility of altering the terms as to make monetary policy less focused on the headline rate of unemployment.