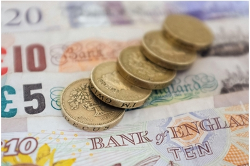 As I’ve said before, I’m not convinced that the recession is finally over. Still, I seem to be in the minority.  The UK economy is set to grow 2.5% in 2014 and 2.1% in 2015, according to the National Institute of Social and Economic Research (NSER).

NSER’s estimate is in line with forecasts by others including the Office for Budget Responsibility, the BBC reported. The think tank also tipped unemployment to fall below 7% before the end of the year and argued that the UK’s recovery was now ‘entrenched’.

Apparently business hiring is accelerating as confidence is the highest in decades. The UK economy is set to grow rapidly over the next six months, as a new study from accountants BDO shows firms at their most confident in the survey’s 22-year history. The manufacturing optimism index rose to an all-time high of 117.1 in January, up from 115.5 in December. And the employment index rose to 101.3, up from 99.4 and its highest level since 2008.

A reading of above 100 indicates growth will be faster than the long-run trend rate.

But despite the above-trend growth forecast by the study, BDO believes there is enough spare capacity in the economy to ease any concerns over inflation. 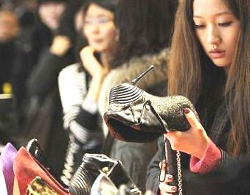 As a further soon of our booming economy and confirmation that I must be wrong in thinking that the recession isn’t over yet, I read that shoppers from China and the Gulf are flocking to London. Good news indeed for London’s high-end retailers who enjoyed a boom in spending by Chinese customers over the first weekend of February as tourists flocked to the capital for Chinese New Year, according to the latest figures from payments firm WorldPay.  The company, which handles nearly half of all card transactions in the UK, recorded a 47.4 per cent increase in payments by Chinese shoppers between Saturday 1 and Sunday 2 February compared with the first weekend of Chinese New Year last year on 9-10 February.

The New Year, also known as the Spring Festival, is one of the biggest holiday periods for Chinese tourists, who come to the UK in search of brands like Burberry and Barbour that can be up to 30 per cent more expensive back home.

WorldPay said it processed over £18.9m transactions from Chinese visitors to the UK in 2013 overall, up 10 per cent on the previous year and generating a turnover increase equalling nearly four per cent.

Meanwhile the number of people visiting Britain from the Gulf surged 10 per cent last year, with £1bn spent by tourists and business people from the region, figures out yesterday show. A total of 452,000 people from Bahrain, Kuwait, Oman, Qatar, Saudi Arabia and the United Arab Emirates – collectively known as the Gulf Co-operation Council (GCC) – travelled to the UK between January and September, Visit Britain said yesterday, 10 per cent higher than the same nine-month period in 2012.