News on the UK and EU Economy

Here are some stories I read on the state of the economy. 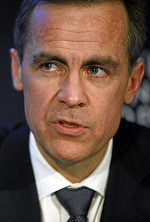 Today, in Sky News, here:  The Bank of England governor has announced an increase in the forward growth forecast for the British economy to 3.4%, signalling good news for mortgage holders. Governor Mark Carney said there was still “scope” for the economy to maintain the base rate at record low of 0.5%. He added that the bank’s monetary policy committee (MPC) expects the growth estimate for the last three months of 2013 to be boosted up from 0.7% to 0.9%. Mr Carney said that the first-quarter growth for this year will remain “robust” at about 0.8% and wanted to see “sustained” growth before raising the base rate.

This news signals relief to millions of homeowners and those seeking mortgages, as interest rates should remain low for some time. When interest rates do rise, taking into account growth and unemployment, the increase is expected to be small.

Reasons to be cheerful as economic confidence hits record high

Last Friday, on CITY A.M., here:  Confidence in the economy is at its highest level since records began in the 1970s and unemployment is set to dive to 6.6 per cent this year, according to a raft of upbeat data published. It said the Bank of England was expected to hike its growth forecasts this week (which it has – see above).

The booming start to the year was underlined by Ipsos Mori’s latest poll showing 50 per cent of Brits expect a recovery this year, the highest since the study began. The doubters: The proportion expecting a downturn is at a five-year low of 24 per cent.

And, according to the article Britain’s position compares very favourably with the rest of Europe.

Yesterday, the Confederation of British Industries (CBI), here:  Business investment will make a positive contribution to growth this year, rising at the fastest rate since 2007, the CBI said as it unveiled its new economic forecast. The CBI is predicting GDP growth of 2.6% this year, up from its November forecast of 2.4%, which reflects a stronger-than-expected economic performance at the tail end of 2013. The CBI’s GDP forecast for 2015 is 2.5%, down slightly from 2.6% in November. 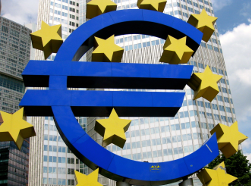 Yesterday, on CITY A.M., here:  Eurozone investor sentiment is now at its strongest since the first half of 2011, before the European Central Bank’s (ECB) aborted attempt to lift interest rates. Investor sentiment reached 13.3 in January, according to research firm Sentix’s index, with any number over zero indicating a positive outlook. The figure was last higher in April 2011.

Pay will not recover to pre-crash level until 2022

Yesterday, on CITY A.M., here:  Price rises have outstripped wages to such an extent that real incomes will only recover to pre-crash levels in 2022, according to a report from the Resolution Foundation. Wages should start rising by more than prices this year, the think tank forecasts, but even so by 2018 less than half of the gap that built up after 2008 will have been recovered. The figures show the country will have taken a 14 year pause in income growth since the crisis struck. Right now average real wages are at the same level as they were back in 2001.

On Monday, on BBC News, here:  Rising living costs and stagnating wages are creating a “double squeeze” on the lowest paid, a senior churchman has said.  Archbishop of York John Sentamu said that millions of workers might not benefit from the economic recovery unless they were paid the living wage.  An independent commission, that he chairs, has encouraged employers to pay a living wage if they can.

The voluntary wage is calculated according to the basic cost of living. The rate, which is not binding, stands at £7.65 an hour. It is higher than the legal UK minimum wage of £6.31 an hour. In London, the living wage rate is £8.80 an hour. The commission said that more than five million workers were paid less than the living wage. However, the numbers receiving the wage increased by 9%, or 420,000, over the past year.

The report concluded that prices of “everyday” items had risen faster than high-priced goods, with food costing 44% more than in 2005 and energy prices doubling, while vehicle costs had remained stable and the cost of audiovisual equipment has halved. 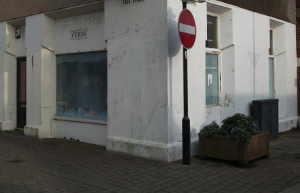 On Monday, on BBC News, here:  There has been a marked improvement in the number of empty shops on the UK’s High Streets, research suggests. The Local Data Company, which monitors more than 2,000 town and shopping centres and retail parks, said average vacancy rates were below 14% for the first time in four years.

But its report also reveals a growing North-South divide, with some High Streets falling into further decline. However, there are still more than 50,000 empty shops in town centres. At its peak in 2012, vacancy rates were 14.6%, compared with 13.9% in December.

Some of the vacancies were filled by food and leisure businesses. The report, though, also shows big regional variations. Vacancy rates in the North West, North East and East of England have all increased in the past 12 months. The North West is the worst hit with more than 17% of shops empty – more than double the percentage in London.

Retailers kick off New Year with biggest sales boost since 2010

Yesterday, on CITY A.M., here:  A bumper January saw British retailers record the fastest growth in sales for over three and a half years, with a 5.4 per cent boost when compared to January 2013. Online sales led the increase once again, expanding by a stunning 19.2 per cent over the 12 month period, the strongest result for internet retailers in nearly five years. The figures come from the British Retail Consortium (BRC) and KPMG’s latest retail sales monitor, released today.

In the three months to January, the split between food and non-food transactions was stark, with sales of food up only 0.8 per cent, against 5.1 per cent growth in non-food items. On a like-for-like basis, food sales actually declined. The growth of internet sales has been an ongoing phenomenon in the retail sector, but the expansion recorded in January was particularly strong, compared to average growth of 12.6 per cent during the last 12 months.