I liked the story in The Lawyer, here titled: New Year and a new look for the Co-op 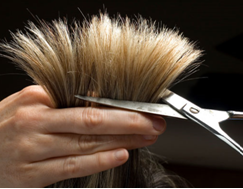 The story says that some people start the New Year with a new haircut. The Co-op Group has opted for an altogether more radical look by completely overhauling the shape of its legal team.

As they say, it comes as a breath of fresh air after the seriously bumpy ride the Co-op endured last year.

After finding a £1.5bn capital hole in the summer (where were the regulators I wonder?), it then fought tooth and nail to hold onto its banking branch network.

As we all know, the Co-op ended up in the majority control of several US hedge funds.

The story continues: Not only did the shift turn out to be a well-publicised PR nightmare, it also no doubt caused more than its fair share of headaches for the group’s legal chief, relative newbie Alistair Asher.

He and the Co-op bank’s new general counsel Brona McKeown have effectively been picking teams, sorting through the Co-op’s legal offering to figure out who works for whom. The final divide is a 60/40 split in favour of the group versus the bank, although the pair will now be doing some hiring to fill the gaps.

Everyone at the Co-op must be looking forward to a quieter 2014. 2013 was anything but that.