Most councils have recovered (some) lost Landsbanki deposits 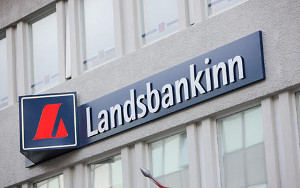 I blogged previously about the Icelandic banking crash. You will recall that many local authorities across Britain were lured into placing huge sums of money (more than £1 billion in total) on deposit and were stunned when the crash happened. Originally, they thought all their money had been lost but some good news at last: Most councils that invested in the failed Icelandic bank Landsbanki have now recouped the majority of the money they are due after selling their claims, the Local Government Association (LGA) has said.

The article from Public Finance says that authorities’ claims to deposits were sold at an auction as part of the winding-up proceedings for the Icelandic bank Landsbanki, now known as LBI. As a result, town halls will, on average, recover more than 95% of the money they originally deposited, the LGA said. Councils had £414m deposited with LBI at the time of the crash. Prior to the auction, around £225m had been recovered, while the auction will realise more than £140m.

The Public Finance article explains the reasons why councils sold their entitlements at an auction. But what I can’t understand is why anyone would pay good money for something that is uncertain. The reasons for selling the claims are given as removing councils from:

(a)   the process of the administration of the insolvent estate of Landsbanki, which was likely to continue for a number of years.

(b)   the risk of future currency fluctuations involved in claims, which is measured in Icelandic Krona.