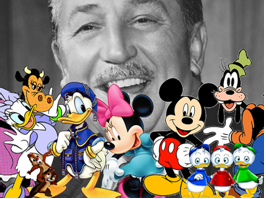 I’ve written previously about Blue Ocean Strategy, a book published in 2005 and written by W. Chan Kim and Renée Mauborgne, Professors at INSEAD and Co-Directors of the INSEAD Blue Ocean Strategy Institute. If you haven’t got the book or read it, my best advice is to do so today.

Blue Ocean Strategy explains how a one-time accordion player, stilt walker, and fire-eater, Guy Laliberté is now CEO of one of Canada’s largest cultural exports, Cirque du Soleil. What he did, made the competition irrelevant. But how did Cirque profitably increase revenues by a factor of 22 over the last ten years in such an unattractive environment? The answer is in an early tagline:  “We reinvent the circus.”

Looking for something new or a new way to do something

Heard of Airbnb? They’re the new kid on the block if you want to find a place to stay. Their online service enables people like you and me to rent from people in over 34,000 cities and 190 countries. Their competition is irrelevant.

But these aren’t the only companies doing what they do so differently and making the competition irrelevant in their industry. Here are a few of them (the descriptions below are largely derived from their websites):

Will they all succeed? Maybe not. But probably most will.

There’s a great article on this subject titled Social Capital: The Secret Behind Airbnb and Uber, which you can read here.

How Barclays feels about the future of banking

The boss of Barclays may well have read Blue Ocean Strategy because Barclays Bank fear that tech firms could replace banks one day. The bank’s chief executive Antony Jenkins said earlier this week that customers are increasingly happy to manage their finance online. Banks must give customers a reason to stay with traditional lenders instead of jumping ship entirely. To do that, he said, banks must continue to invest in new technologies and customer service if they want to avoid being replaced by firms such as PayPal and Amazon.

The message for firms is that you must change according to demand and you must respond to the way that your market takes advantage of new technology. Change or die, in a nutshell. The question is: What can you or your firm do to make your competition irrelevant?

“All my life I’ve had one dream, to achieve my many goals.” – Homer Simpson