Let Banks fail: then 2% unemployment may be in sight 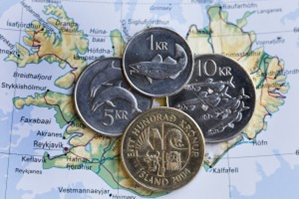 This story, which I found on the iacknowledge website, here, suggests that allowing banks to fail rather than bailing them out, could be good for the country and also bring unemployment down. At least that’s what’s happening in Iceland.

I suspect the ideas in this story might find favour with Ed Miliband (see the story on Sky News, here.)

Back to this story: Iceland’s population is only 320,000 on an island a little smaller than Great Britain. Yet, but by the 21st century it had built itself into a banking powerhouse. As we know, in 2008, the house of cards came tumbling down when the financial crisis made its way from the United States, to Europe, and finally to the island that banking built.

Bloomberg’s slant on this story, here, puts it like this: “Iceland let its banks fail in 2008 because they proved too big to save. Now, the island is finding crisis-management decisions made half a decade ago have put it on a trajectory that’s turned 2 percent unemployment into a realistic goal.”

Driven by the same speculation and risky lending that drove the United States economy, Iceland crashed hard. Really hard. Relative to the size of its economy, Iceland’s financial crisis was the largest banking collapse in history. All three of its major, privately-owned banks failed.

But the remarkable thing about Iceland’s banking crash isn’t just how big it was, but how quickly they have rebounded from it. Nearly 6 years after it happened, Iceland’s economy has bounced back. Iceland has managed to drop unemployment to around 4 per cent, but there are serious discussions taking place about whether it’s possible to get as low as 2 per cent.

The author of the article says: “Unlike other countries, which haven’t seemed to learn the lessons that the financial crisis forced upon them, Iceland’s position was “never again.” Frankly, Icelanders knew they couldn’t afford to let banks play dice with their entire country’s economy. Repeated over and over in the streets and in Iceland’s parliamentary house came the words “Let banks fail.” In 2008, while America was hastily putting together a bailout package for its largest banks, Iceland let theirs crash.”

Far from being suicide, the gamble seems to have paid off.

When Iceland’s banks went under, and the economy with it, many homeowners were put under water over night. In other words, their mortgages far exceeded the value of their homes. Instead of foreclosure, the Icelandic government stepped in to prevent people from losing their homes. The banks’ first task was restructuring the loans of companies and households that could no longer pay them. The government passed a law mandating that loans had to be reduced to no more than 110 per cent of the underlying property — helping homeowners who had ended up underwater. This kept people afloat while they restructured their mortgage and found new jobs in the recovering economy. Without the government intervention, many Icelanders would have been reduced to poverty and potential homelessness.

When the financial crisis hit America, instead of a wholesale dismissal of those who most directly caused it, the banks simply allowed their trouble-making workers to play a game of musical chairs. When the music stopped, the same people who had led to the mess were still sitting.

When new banks were set up, built on the ashes of the old ones, rather than keep the same people on board there were widespread dismissals for incompetence.

In Iceland, blame for the crisis fell almost entirely on the country’s financiers. While banks in other parts of the world were tangled up in bad bets on the American mortgage market, banks in Iceland had taken on mountains of debt to bet on speculative assets, and had spun a web of self-serving loans. Almost all the top executives were fired and many are now facing criminal prosecution.

In Iceland, they treat financial crimes like crimes. After it was shown that the biggest bank in Iceland was lending people money to “invest” in the bank (therefore boosting consumer confidence in the bank, also known as fraud), Iceland threw the book at the executives who committed the crime: 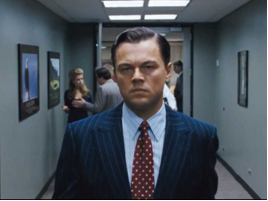 As an aside, Hollywood actor Leonardo DiCaprio has warned, read here, that most of the bankers who “decimated” the economy across the world, have still “got away scot-free”. The Hollywood actor made his remarks in a robust defence of his new film The Wolf of Wall Street, in which he plays disgraced American stockbroker Jordan Belfort, who made millions in the 1990s peddling penny stocks to unwitting investors until he was brought down by authorities over fraud and money laundering charges. DiCaprio denied that the film, in which Belfort rises to the top fuelled by cocaine and Quaaludes, glamorised greed and drug-taking.

The road to recovery from the biggest banking collapse in world history is not always smooth. Still, despite the challenge, Iceland appears to be doing everything it can to restore faith in its financial system. The benefits appear to already be paying off. In 2014, Iceland is expected to see its economy expand by 2.7 per cent, a modest gain but better than the OECD-area average which is around 2.3 per cent. If those numbers don’t shock you, they should.

It’s the kind of growth you would expect from a country that has knuckled down and got serious about building a healthy, well-protected economy. Although Icelandic bank creditors, many of them hedge funds, are still trying to recoup their money, Iceland’s approach has won praise from the International Monetary Fund and from numerous economists. Try telling that to the scores of British and Dutch savers who had switched their savings into online Icesave accounts, attracted by market-beating interest rates and they won’t be very impressed. When the crash came, Iceland’s savings deposit guarantee proved worthless, forcing the UK and the Dutch to use taxpayer’s money to compensate ordinary savers. The diplomatic row that ensued will likely take longer to put right than the state of the economy. 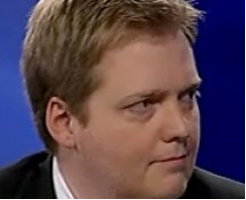 As reported in the Guardian, here, last September, Iceland’s Prime Minister, Sigmundur Davíd Gunnlaugsson flew to London to address the Iceland Investment Forum, finishing his speech by declaring: “Hope to see you, and your money, in Iceland.  The response, from an audience largely of Icelanders and representatives of the foreign creditors, was a ripple of nervous laughter. Gunnlaugsson will not want that laughter to grow any louder.