What Lawyers are learning about, right now…

There’s a lot of activity going on in the legal sector. Some items you may already know. Some will just be interesting. And some should get you jumping up and down with excitement.  Here is my summary of some of the interesting news items that have caught my attention this week. I wrote a blog post yesterday with more stories relevant for Lawyers and Accountants – view it here. 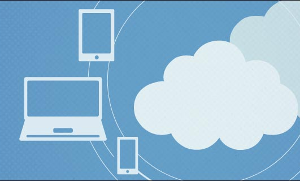 This information comes from the ubiquitous Rocketmatter.  They talk about Evernote, a robust note-taking application that lawyers and legal professionals can use to help manage their paperless, or, more accurately, “less paper” office. Evernote is a one-stop repository for capturing ideas as they occur, recording voice memos, planning projects and presentations, managing receipts, tasks, and to-do lists, and storing pictures, web pages, and links.

You can download the E-Book from here. Registration is required.

Legal Futures say that potential investors in Saga have been told that the over-50s specialist sees a “significant opportunity” to expand the customer base of its alternative business structure, Saga Law.

The company, which is owned by private equity company Acromas, is set to float and the prospectus explains how it has successfully diversified from its core travel business. Read about it here. 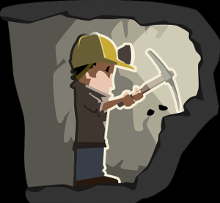 The Law Society Gazette report that the Court of Appeal has dismissed a law firm’s attempt to overturn a professional negligence claim for its handling of a retired miner’s case.  Ronald Barnaby, who worked as a miner for more than 17 years, settled his claim for a condition known as vibration white finger (VWF) in 2002 for £10,822. The sum embraced claims for general damages and the handicap to his future work prospects. But last year in Leeds County Court (pictured) HH Judge Gosnell found negligence on the part of his solicitors, the south Yorkshire firm Raleys, and awarded Barnaby damages of £5,925 on the basis he had a 75% chance of securing extra compensation. Read the full story here.

The Law Society Gazette report that firms and solicitors will have to sign an annual declaration pledging their commitment to continuing professional development instead of completing the current 16-hour mandatory requirement, the SRA has said this week.The SRA has approved proposals in its board meeting, which will put the onus on firms and solicitors to decide how much and what type of CPD they need.Is this good news or will it affect quality? You decide… Read the full story here. 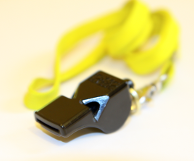 Another story from The Law Society Gazette: In a landmark case, the Supreme Court has ruled that partners should be offered protection under whistleblowing laws. It sets a precedent for partners in firms.In the case Clyde & Co LLP and another v Bates van Winkelhof, the long-running dispute between international firm Clyde & Co and former partner Krista Bates van Winkelhof, the Supreme Court held that members of LLPs are ‘workers’ for the purpose of employment legislation. Read about it here.

Property lawyers take note: Mortgage Finance Gazette report that, from Monday 30 June, it will no longer be necessary to send original documents to the Land Registry when applying by post to change the register of a registered property.The Land Registry will only need certified copies of deeds or documents sent with the application form, whether that is through the electronic channels or via the post.  Read the full article here.

New Model Adviser have reported that the Court of Appeal has given the Financial Conduct Authority (FCA) the go ahead in its legal battle against five land bankers which had been halted due to cuts to legal aid.  In April 2013, the FCA brought the case against Scott Crawley, Dale Walker, Daniel Forsyth, Brendan Daley and Aaron Petrou over allegations of conspiracy to defraud in relation to three land banking companies. However the case was halted at the end of April due to government cuts to legal aid by up to 30%, which left the defendants unable to be legally represented. The FCA appealed the court’s decision as it is ‘committed to pursuing criminal action’ against the men and other cases that could be impacted by the legal aid cuts. Read the full article here.

The Law Society Gazette report that the SRA is investigating more than 80 firms over disclosure issues relating to last year’s professional indemnity insurance renewal.  It emerged this week that work is underway to investigate 58 firms for issues of non-compliance and a further 23 firms for non-disclosure to insurers. The work is being carried out by the SRA’s supervision and enforcement teams and relates to firms that did not inform the regulator about their full insurance status after the 1 October renewal deadline passed.

Letters of guidance have been sent to more than 80 firms where a formal investigation has not been necessary. You can read about it here.

In Legal Futures, there’s a salutary lesson to avoid over-zealous marketing. An Internet banner advertisement by an Essex law firm, which showed a woman’s face above the slogan “awarded £40,000 after cosmetic surgery – claim now” was misleading, the Advertising Standards Authority (ASA) has ruled.Mullis & Peake, based in Romford, which operates the website www.cosmeticinjurylawyers.co.uk, has agreed not to use the advert again and to ensure that any used in the future do not “exaggerate the likely benefit to consumers of using their service”.,,

‘Small business appeals champions’ for legal services – will it happen?

Legal Futures report that the Legal Services Board (LSB) has told the government that if it wants to appoint ‘small business appeals champions’ for legal services, it should appoint them to the eight front-line regulators rather than the super-regulator.Responding to a Department for Business, Innovation & Skills (BIS) consultation, LSB chief executive Chris Kenny said the board did “not consider that the government’s policy aims will be achieved if the requirement for a champion is applied to the LSB”.

Many of these stories and alerts are posted daily at EziaNews on our mother site at bizezia.com. Go here to learn how you can keep your clients, customers and prospects up-to-date with the latest news and increase your number of website visitors at the same time.