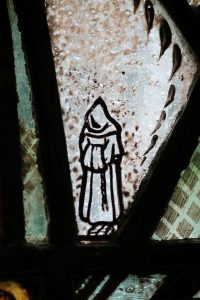 Occam’s Razor (also spelled as Ockham’s Razor or Ocham’s Razor: Latin: novacula Occami). For something concerned with simplicity, it is quite complicated. There are two parts that are considered the basis of Occam’s Razor, and they were originally written in Latin, probably in the early part of the 14th century:

The idea is attributed to English Franciscan friar William of Ockham (1287–1347 or 1349), a scholastic philosopher, theologian and logician. The good friar William used the principle to justify many conclusions, including ‘God’s existence cannot be deduced by reason alone’, a statement that did nothing to  endear him with the Pope at the time.

William of Ockham put the principle into Latin, which one tended to do in those days. He said: pluralitas non est ponenda sine necessitate, (which means: plurality should not be posited without necessity). The friar’s reasoning is still widely used today as a means to slice through a problem or situation and eliminate all unnecessary elements. If you are faced with two competing theories, run with the simpler explanation as, more than likely, it usually turns out to be the right one. Police Investigators and Doctors, perhaps unwittingly, use this method.

Ockham’s early schooling in a Franciscan convent concentrated on the study of logic. Throughout his career, his interest in logic never waned, because he regarded the science of terms as fundamental and indispensable for practicing all the sciences of things, including God, the world, and ecclesiastical or civil institutions; in all his disputes logic was destined to serve as his chief weapon against adversaries.

The late Stephen Hawking gave this advice in A Brief History of Time:
‘We could still imagine that there is a set of laws that determines events completely for some supernatural being, who could observe the present state of the universe without disturbing it.  However, such models of the universe are not of much interest to us mortals.  It seems better to employ the principle known as Occam’s Razor and cut out all the features of the theory that cannot be observed.’