Get out. Buy house. Collect golden visa. Do not pass go. 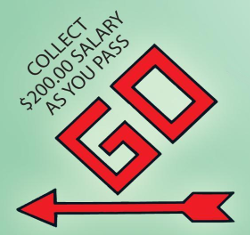 Reeling Eurozone economies and recovering giants are all banking on China’s next move. In the wake of George Osborne’s visit to Beijing last year, a Treasury press release noted that Chinese students make up the largest group of foreign nationals in UK schools and universities. The UK is also the number one destination for Chinese investment in Europe, attracting nearly £2 billion in the last year alone and more than 600 Chinese businesses who now have a presence in the UK.

According to the Chinese language property portal juwai.com, 63 million Chinese people have sufficient wealth and income to purchase international property.  Along with other Chinese language property portals such as soufun.com, juwai.com is saturated with prime property listings in first tier UK cities and in other Eurozone locations.  According to the international property portal, Propertywire.com , improved trade relations between the UK and China along with an increasing number of Chinese children being educated in top schools here are among the key factors driving Chinese investment in prime central London property. 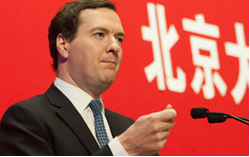 The company behind Soufun.com organises overseas purchasing tours for Chinese seeking to buy properties and a chance to live in the EU. Juwai.com also hosts extensive information on whether buying a house will lead to permanent residence in the respective jurisdictions.  Conversely, the English language version of the same site is cleverly marketed to overseas property agents eager to break into the Chinese market. Is this a win: win situation for everyone?

Martin Chavez is a real estate professional who has lived and worked in Beijing for over 8 years. We were colleagues in Beijing and I called him up as I was very keen to hear his thoughts on this matter.

To my surprise, Martin’s first thought was: “Sofie, this topic isn’t very fresh.”

Unbeknown to many people in the UK, outbound property investment has already been talked about in China for two or three years.

Martin said: “I first came to China in 2005 and have since noted that things change at a faster pace, especially economical change which, unavoidably in first instance, affects the lighter areas of society, such as fashion, pop art and overseas travel. Every 3 years, there seems to be a change in the population’s taste and buying patterns.”

The growth in outbound property investment

According to Martin, this change has been gradual and largely driven by foreign travel becoming more and more widespread. Most urban Chinese with decent salaries have now had holidays abroad in for instance Europe, the United States, South East Asia and even in exotic destinations such as the Maldives, United Arab Emirates and South America. Despite controls, travel to Japan and Taiwan is also on the rise.  As Chinese people become well-travelled they also become increasingly influenced by global trends (this was definitely not the case when I left China in 2008). Similarly, Chinese private investment tastes have changed in recent years.

“The bubble has already burst on the numerous touzi gong si (or investment companies) that popped up all over town. They would rent a top floor in the best buildings in Beijing or Shanghai. Within a year they would already be gone. People are now are now looking for more stable investments overseas and I have made quite  few outbound investment referrals to the US and Europe. Chinese investors could easily get higher yields in Chinese second  and even third tier cities, such as Ningbo or Wuhan, than they could ever dream of in the US or in Europe. So the outbound property investments are not driven by rate of return alone.” Martin said.

Without state-backed pensions, health care or education, the Chinese save almost half their income as a hedge against personal misfortune. Risk averse investing is then the preferred method of capital growth. They also feel that security overseas is higher and is not turning a blind eye to lingering corruption, political and financial instability in mainland China. If anything would happen in the mainland, money could diminish or even evaporate and many wealthy Chinese worry about how to get their money out of China if China ever returns to times of political turmoil.

Economic crimes, such as bribery and embezzlement, and crimes against national symbols and treasures, i.e. theft of cultural relics, are all capital offences in China. Investing overseas is a good way to not lose your head.  Corrupt government officials and other crooks aside, changing lifestyle choices, emigration and education are commonly cited as the main driving forces behind the increase in Chinese investment in foreign property. Perhaps they are planning to send their sons or daughters to be educated abroad. 85% of China’s wealthy now want to educate their children abroad and over 60% of China’s wealthy are engaged in overseas investment or immigration.

“Not to mention gaining mianzi (or face), the mere fact that you can boast to your friends about owning prime real estate in London or the US something that is highly sought after” says Martin.

The sociological concept of losing or gaining face is a fundamental characteristic of Chinese society and culture.  It is an abstract concept which can best be described as a combination of social standing, reputation, influence, dignity and honour. In Chinese culture, you can liu mianzi (or grant face) which means that you give someone a chance to regain lost honour. You can also shi mian zi (or lose face) or zheng mianzi (or fight for face) which is similar to the western concept of “keeping up with the Joneses”.  You can also gei mianzi (or give face) that is, show respect for someone’s feelings. Causing someone to “lose face” means that they have been lowered in the eyes of their surroundings. Conversely, “gaining face” raises their self-worth. When I first arrived in China I was oblivious to these subtle (and sometimes not so subtle) codes of conduct. Over time I began to understand and appreciate how the concept of face dictates social interactions. It naturally follows that this concept would also greatly influence the Chinese’s investment patterns.

London is seen as the Centre of Europe 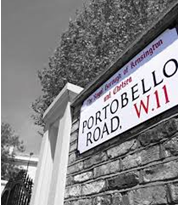 Top that off with top to toe brand wear, a kid in a private high school overseas and a golden visa to boot and you are at the very least keeping up with the Wang’s. It is clearly not the UK’s financial (or meteorological) climate that has led to a 500% increase in Chinese inward property investors to the UK in the past three years. Many Chinese property investors have been coming to London because they see it as the centre of Europe. Others already hold US properties and want to diversify their investment portfolio. In UK prime locations, the land in itself is so valuable that it is a safe investment in turbulent times. Coupling that with the pound staying low which in turn has made London properties fantastic value for foreign currency buyers.  Overseas property investments not only ensure a (relatively) good nights’ sleep but also adds a great deal of mianzi (or face).

Greece and Cyprus currently offer fast-track permit processes for purchases of at last 250,000 euros and 300,000 euros respectively. Portugal’s programme has a minimum of 500,000 euros. This is significantly less than the UK, which requires an investment of at least £1 million for Tier 1 (Investor) visas.

Governments in Cyprus, Greece, Portugal and Spain are courting wealthy Chinese homebuyers. Depressed housing prices and a chance to obtain a golden visa is being sold to Chinese investors.  In Portugal, half a million euros will give a Chinese investor a good return on their investment as well as enjoying EU benefits they don’t have in China. For instance, the visa will allow for their children being educated in Europe.

Some visas also allow buyers to live and travel freely within Europe’s borderless Schengen Area.  As with the UK, the Euro has steadily decreased since 2010, making it more affordable for foreign buyers.

Cashing in on EU Passports

Malta has recently been at loggerheads with Brussels as they offer a full EU passport to investors. Malta has decided to sell passports (and European Citizenship) for 650,000 euros to non-EU residents. This is without any prerequisite whatsoever, not even residence in Malta. Unsurprisingly this has angered MEPs who debated the issue on Wednesday on 15th January 2014.

Regardless of what their motivations or ulterior motives are, Chinese property investors will continue to flock to Europe. So far it appears to be focused on London and other first tier cities. Chinese buyers have tended to focus on the prime residential areas, such as Kensington and Chelsea and along the River Thames, in upper price bands and in new build high-rise flats, rather more than on the resale markets. However, this is likely to change over time as the first tier markets become more saturated and Chinese investors become more familiar with second tier cities. I have lived in Brighton for two years and it is incredible how often I overhear conversations in Mandarin when I am out and about.

We should definitely watch this space.