Floods – Fully insured, until you make a claim 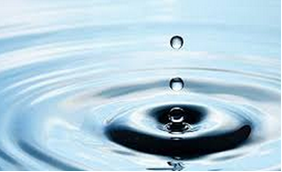 A colleague once said that the problem with insurance is that you are fully covered until you make a claim. He was, I am sure, being sarcastic. It couldn’t be true, could it?

This week, I have been thinking about insurance and the floods. This is not at all surprising as the inexorable onset of water fills the airwaves and TV screens almost all the time. Prince Charles’ visit to Somerset last week seems to have taken public interest in the floodwater affair to a new level. And rightly so. So this week, things are being done. The military are filling and placing the sandbags.

Was King Canute right after all, about commanding the water to retreat? Sadly, not so apparently – see the Canute story here.

People with properties at risk of flooding have been able to buy affordable home insurance since 2000, thanks to an agreement called the Flood Insurance Statement of Principles. This is an agreement between insurers and the government that states insurance companies will continue to offer cover to homes and businesses at significant risk of flooding, on the condition that the government invests in flood protection measures that reduce the risk to those homes. Although that sounds a bit too wooly for my liking, I suppose we must take it at face value.

The new kid on the block: Flood Re scheme 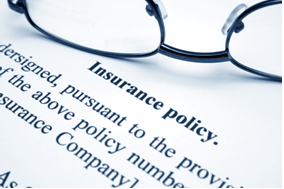 The above agreement expired on 31 July 2013. The Association of British Insurers (ABI) has pioneered a new scheme to safeguard the availability and affordability of flood insurance for those at high risk, called Flood Re. This not-for-profit scheme has been built to ensure flood insurance remains widely affordable and available. Flood Re is designed to fully deal with at least 99.5% of years. Even in the worst 0.5% of years, it will cover losses up to those expected in a one in 200 year – a year that is six times worse than 2007 – with Government taking primary responsibility – working with the industry and Flood Re – for distributing any available resources to Flood Re policyholders should claims exceed that level.

You can read more about this here.

The Government-backed scheme to provide insurance for flood-risk properties will exclude the most expensive homes, reported the Telegraph yesterday, which says that even though the people that are excluded will have to pay a levy for it.  Under the proposals, which are due to come into force in 2015, properties in council tax Band H won’t be eligible for the cheaper cover because they are deemed able to pay for insurance themselves. Properties built since 2009 will also be ineligible to discourage the development of properties on flood plains.

Insurers said thousands of homes in the Thames Valley and Somerset Levels, the areas worst hit by current flooding, could be affected by the loophole.

What I don’t understand yet is this: if the old scheme expired last year and the new scheme doesn’t start until next year, what happens to claims in the intervening period?

How much is it all going to cost?

The Guardian said this week that UK flood clean-up costs could hit £1bn, according to an insurance expert (I think it was Deloitte). The paper says that as rain continues to fall, more flooding is inevitable, and insurers may consider putting up premiums to cover the rise in payouts.

Look at the heading to this story again… It is one thing getting insurance and paying the annual premium but it’s another thing asking the insurance company to pay up when you make a claim. Even the Prime Minister and the leader of the Opposition have spotted this weakness in the promises being made at present.  Ed Miliband has urged the Government to put pressure on insurance companies so that victims of the floods do not have to wait for payouts. The Labour leader reminded us all that Ministers had to act to ensure there was no repeat of the “foot-dragging” that firms engaged in after the riots in 2011, albeit dealing with fire and other physical damage rather than by flooding. 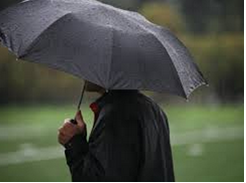 The Independent reported yesterday on what the Prime Minister is doing in response to the flood disaster. The paper reported that people whose houses have been flooded but do not have insurance should be given money from council “hardship funds”, the Prime Minister has said. He also warned insurance companies that they needed to “pay up the money fast” and urged people to contact their MPs if the cash was not received promptly. He spoke as the insurance industry said the cost of the recent floods could top £1.5bn (rather more than the £1bn estimated in the Guardian) and end up adding around £15 to average annual household cover. Mr Cameron said that “every local authority affected needs to have a hardship fund”. “If there is a need to top up those hardship funds then they can come to us and we can have a look at that,” he said. “Generally speaking, hardship funds have worked well for uninsured houses.”

Bizarrely, the Water Bill is on the Table at the House of Lords at this very moment as I write this story. The Water Bill proposes to introduce greater competition in the water sector by allowing non-household customers to switch their water and sewerage supplier (retail competition) and by allowing new entrants to the water market to provide new sources of water or sewerage treatment services (upstream competition). If you’re keen on knowing what the Lords are up to, visit the Parliament website, here, for an (almost) running (water) commentary.

For more information and to find out what this means for you, click here.

Yesterday, vowing that ‘money is no object’ in the flood relief effort, the Prime Minister has promised new help to homeowners, businesses and farmers ‘to piece their lives back together again’. The Mail reported that Royal Bank of Scotland became the first lender to offer a three-month mortgage ‘holiday’ to homeowners facing huge repair bills after being flooded, see here.

There’s a good article in The Independent today, here. It concludes saying:

Updated 17 February 2014: Reported here, The Government has announced a £10m funding package for small businesses affected by the floods. ,. A new hardship fund will be available to businesses in flooded areas that have been damaged by water or suffered loss of trade. Funded by the Department for Business Innovation & Skills, ministers expect to pay around £2,500 per business: Enough to help 4,000 businesses.

Alongside additional funding there will be extra time to file company accounts with Companies House, as well as a hotline for business support and offers of free office space for those who are unable to work in their own premises.