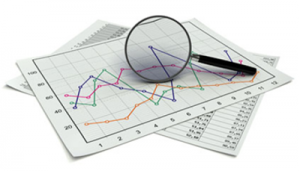 Recently, I’ve been spending some time working on a new benchmarking tool so that accountants can compare the results of a client’s business with others in the same industry. At the same time, instead of accountants just presenting their clients with a Profit and Loss Account and the Balance Sheet, with a simple overview such as: “You made £0000s last year, Fred, which is down on the previous year and the Balance Sheet doesn’t look too rosy”, I’m hoping accountants will see the advantage in producing a meaningful analysis so that their clients have the right information to make the right management decisions. To do that, accountants will need the special calculators I’ve written (see the blog post I wrote last month, here) as well as the benchmarking tools called ExtraMile and ExtendedReport.

Demography can be defined as “the study of the population, its size, distribution, composition (such as by social, ethnic, age or other groupings) and its changes in relation to social factors such as geographical boundaries.”  The words “demography” and “demographics” come from the Greek word “demos” meaning people but it can also mean, for my purposes, businesses.

At this point, I thought it would be useful to summarise some of the statistics that float about showing how many businesses there are in the UK, how many have died (gone bust etc) or started up. To this end, I contacted the Office for National Statistics and obtained some very useful facts, figures and statistics. This mysterious and often confusing world is called “demography”.  The data is © Crown Copyright so I must mention that.

To start with, it’s useful to note the meaning of some of the terms used:

The only official source of data on business start-up is produced by the ONS.  The latest information available is 2012 and is based on information provided by BankSearch. The number of start-ups is based on the number of new business bank accounts opened which is therefore only an indicator rather than a finite figure. A small number of start-ups could not be allocated to a specific English region or GB country.

This data is not publicly available, but provides the most comprehensive estimate of the total number of business start-ups in Great Britain.

Please find a link to the latest publication (27 November 2013) on business demography here. 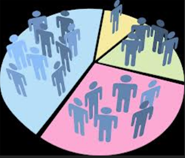 There seems to be a mismatch of data in comparison with the start-up data from BankSearch. Birth here relates to businesses first registering for either VAT and/or PAYE, whilst deaths relate to businesses de-registering for either VAT and/or PAYE. It therefore misses out the very smallest start-up businesses i.e. those that fall outside the compulsory VAT and PAYE registration thresholds. The publication also provides break downs by regional, country and local authority areas and by industrial sectors.

Although the statistics in this release are derived from the IDBR, the total stock of active businesses is greater than the UK Business: Activity, Size and Location publication. This is mainly because the definition of an active business is based on activity at any point in the year, whereas UK Business: Activity, Size and Location is based on an annual snapshot at a point in time.

• The move towards economic recovery has seen birth rates being higher than death rates from 2011, but the gap has narrowed in 2012.

• In broad industry terms, accommodation and food services had the highest death rate, at 13.3%. 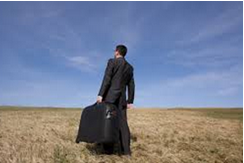 The death rate of businesses in the UK fell in 2008 before increasing sharply in 2009, rising above the birth rate. One factor behind this could be that a number of businesses continued to trade in the expectation that economic growth would resume quickly and benefiting from lower interest rates during this period. However, GDP growth did not return until 2010, by which time some of those businesses had ceased trading.

Within the regions, London had the highest business birth rate at 14.8% followed by the North East (11.4%) and North West (11.4%). The region with the highest business death rate was London at 11.7%, followed by the North West region at 11.4%. Northern Ireland had the lowest birth and death rates at 7.0% and 9.4% respectively. The highest number of births and deaths were seen in London, at 65,000 and 52,000 respectively.

Today, the latest insolvency figures for Q4 of 2013 have been released. R3, the trade body for insolvency professionals had something to say about the figures:

Stuttering growth, low interest rates, and creditor forbearance have helped keep corporate insolvencies lower than they normally would have been since the recession. Some businesses will have taken advantage of the extended gap between recession and growth to put their finances back in order, but this won’t be the case for everyone. The economic recovery and any future rise in interest rates is likely to put upward pressure on insolvencies. Indeed, recent R3 research found that 96,000 businesses would be unable to repay their debts if interest rates were to rise, while 166,000 businesses said they were having to negotiate payment terms with their creditors.”

In conclusion, two quotes on statistics worry me, at least a little: