Equal Pay – Is your firm exposed to claims running into £millions? 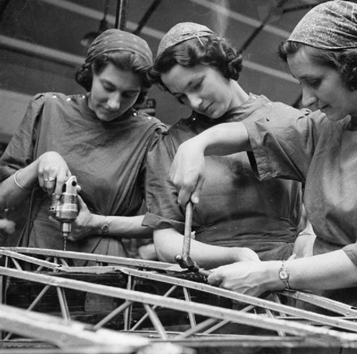 Before I start, I should say that none of the remainder of this post is legal or other advice. Whilst every effort has been made to ensure that the information given in this note is accurate, at the end of the day only the courts or tribunals can give authoritative interpretations of the law.

Last week, Birmingham City Council were front page news having agreed settlements with thousands of women who were paid less than male workers who did equivalent jobs. BBC News reported that one law firm is said to be dealing with 4,000 outstanding cases. The legal claims over equal pay are said to total more than £1bn.

So, what’s all the fuss about?

It stems from The Equal Pay Act in the UK which is designed to eliminate discrimination as regards pay and other terms and conditions between men and women in the same employment when they are employed to do:

Men as well as women are entitled to equal pay for equal work, but in practice most claimants are women.

A complainant, the fancy legal term for the person bringing a claim, must choose an actual comparator of the opposite sex who is treated more favourably and is shown to be employed on “like work”, “work rated as equivalent”, or “work of equal value”.  Equal value involves a comparison of the work of the claimant and the comparator under various headings such as effort, skill and decision.Equal value claims can be made using comparators paid under different grading systems, collective agreements or job evaluation schemes.

The Equal Pay Commission recommends that all employers carry out equal pay audits. This will help in identifying any potential vulnerability to equal pay claims. An equal pay audit is the best and most effective way to compare the pay of employees doing equal work and it provides a detailed picture to identify and put right any unlawful pay discrimination. There a useful toolkit on the Equality and Human Rights website, here.

The Equal Pay Act refers to the “same employment”, a term that has to be interpreted in the light of European law. Anyone thinking they have been unfairly treated by their employer will need to get legal advice on interpretation of the law by domestic courts and the European Court of Justice.

The Equality Act 2010 replaces the previous anti-discrimination laws with a single Act. It simplifies the law, removing inconsistencies and making it easier for people to understand and comply with it. The majority of the Act came into force on 1 October 2010. The Equality Act 2010 gives women (and men) a right to equal pay for equal work. It replaced previous legislation on equal pay, including the Equal Pay Act 1970, the Sex Discrimination Act 1975, and the equality provisions in the Pensions Act 1995. The provisions relating to equal pay are known as ‘the equality of terms’ provisions and are scattered throughout the Act, but are brought together in the Equal Pay Statutory Code of Practice.

There a useful glossary of terms used in connection with equal pay here.

From October 2014, The Enterprise and Regulatory Reform Act 2013 requires Employment Tribunals to order employers to carry out an equal pay audit, where they may have breached equal pay provisions under the Equality Act 2010, except in prescribed circumstances. The Act can be viewed on the UK legislation website here.

Is your firm exposed?

Obviously, Birmingham City Council is a big target. But compliance with the law on equal pay could become a nightmare for accountants and lawyers – in fact for any professional firm.

So, how do these firms go about checking whether they have any exposure?  Going through the following brief checklist could help.

o  Have you paid a male employee a bonus or given a pay rise but have not done the same for a female employee because she is on maternity leave?

o  Have you restricted sick pay, holiday pay or pension benefits of a female employee because she works part-time?

o  Have you put male employees on individual contract and told them not to discuss the terms with female employees?

o  Have there been any mergers or acquisitions where pay rates for the same job have never been harmonised?

o  Have jobs changed over time but because no job evaluation or other review has ever taken place, the growing similarities between jobs have not been recognised?

o  Are there any similar jobs which were originally paid at the same rate but one of the jobs is now done by a part-time worker who does not have access to the same total pay package as her full time male colleague?

Author’s Note: this checklist is not complete. I intend to update it as events unfold.

Over the next week or so, I shall be adding to the checklist and probably add it to the online Calculators and Evaluators – see here. It will be useful tool for professionals to introduce the issue to clients as a value-adding service, and of course for businesses to use themselves. I’ll also be talking to law firms to see what expertise is available on this matter.

In the meantime, please email me with your thoughts on the matter to mpollins@bizezia.com.