Don’t jump to the wrong conclusions

“If all economists were laid end to end, they would not reach a conclusion.”
George Bernard Shaw

Intelligent measuring and brilliant minds at Bletchley Park (about which I wrote earlier this week, here) and facts and figures, are powerful tools but don’t be fooled.

Paul Sloane, a regular contributor to Better Business Focus says that: A Correlation does not mean a Causation. This is how he explained it (Taken from his book: How to be a Brilliant Thinker):

In the 1930s an eminent medical journal published a report showing that cancer was much more frequent in New England, Minnesota and Wisconsin than it was in the Southern States. It was also more common in Switzerland and England than in Japan. It was known that people in New England, Minnesota and Wisconsin drank more milk than people in the Southern States. Also people in Switzerland and England drank much more milk than people in Japan. There was a strong statistical correlation between drinking milk and dying from cancer. The article concluded that drinking milk led to cancer. Many people saw the correlation as proof but it was not.   A deeper investigation showed that the milk-drinking regions were more prosperous and that people in general lived longer than in the regions where less milk was drunk. Cancer is a disease that mainly affects older people so it is not surprising that it has a higher incidence in places where people live longer.

Similarly it has been shown that people who get University degrees earn significantly more over their lifetimes than people who do not have degrees. The conclusion that is drawn is that the degree directly leads to higher earnings. This conclusion has been used to justify loans rather than grants for students and even to proposals for special ‘graduate taxes.’ But is the conclusion justified? The people who get into Universities have shown themselves to be intelligent, diligent, articulate, and good at exams, at solving problems and at remembering things. These are all qualities that would help them to succeed in the modern workplace whether they had a degree or not. It is not the degree itself that marks them out for success and higher earnings, it is the qualities they showed to get selected for the degree course. 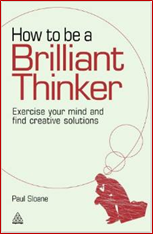 Newspapers love to assign a cause to any effect. If incidences of leukaemia are higher in City A than in City B then there must be something wrong with City A that is causing the higher incidences. In the UK there was a suggestion of a possible link between a vaccination to prevent Measles, Mumps and Rubella (the MMR injection) for babies and autism. Several newspapers published scare stories that exaggerated this claim and although it was discredited by several thorough investigations the stories persisted. Many mothers refused to let their babies have the MMR vaccination with the result that a measles epidemic put many children’s lives in danger.

We need to constantly guard against wrongly assigning causes. Consider what other possible causes might lead to the same outcome. Could a common factor lead to both cause and effect – e.g. to the degree and the higher earnings? Could an entirely different factor be the cause – e.g. cancer resulting from longer life expectancy and not from drinking milk?

There are some good lessons here, aren’t there? The trick is: How can you apply them to the work you are doing?

For example, assuming (yes, that’s an assumption) that because everyone else is doing something in a certain way, that way must be the right way. It is often wrong, because the way people have done something before is not necessarily the right way. It’s the same with your firm. Chances are that what you do each day is the same way you did it before even though it didn’t turn out all that well. That’s true, isn’t it?

Why not try something different today. File your assumptions so they don’t get in the way. Read Paul Sloane’s book or all my regular blogs. Become a brilliant thinker and doer. Your clients will love you for it and you’ll feel much better about your work as a result.