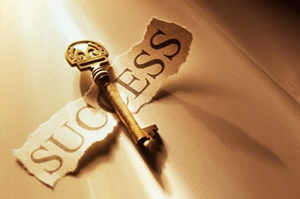 Best-selling author Malcolm Gladwell studied the lives of extremely successful people to find out how they achieved success. Gladwell’s book Outliers popularised the work of K. Anderson Ericsson and the notion that the key to success in any field was logging 10 years or 10,000 hours of practice. It’s worth reading The Influence of Experience and Deliberate Practice on the Development of Superior Expert Performancei, here.

Does this resonate with you?

Louis Pasteur, inventor of pasteurisation, is said to have remarked in a university lecture, “chance favours the prepared mind.” But how much preparation is enough? If you’re a fan of Malcolm Gladwell’s work, you know the answer: it’s 10,000 hours of preparation.

Based on research suggesting that practice is the essence of genius, Malcolm Gladwell has popularised the idea that 10,000 hours of appropriately guided practice was “the magic number of greatness,” to achieve success.  In his book Outliers, Gladwell says that it takes roughly ten thousand hours of practice to achieve mastery in a field.

It sounds like an interesting idea and it’s one that has been getting quite a lot of attention recently and the idea has come under fire. Critics argue that the “10,000-hour rule” is over-simplified and doesn’t account for genetic differences. In The Sports Gene, former Sports Illustrated senior writer David Epstein (author), points out some contradictions to Gladwell’s rule – for example, that athletes at the same level of competition can have very different amounts of practice time or playing experience, and that success in sports isn’t determined only by how much an athlete practices.

In an article posted on line in the New Yorker last year Gladwell, here  comments on his theory and supports the research findings he reached.

In his new book, Focus: The Hidden Driver of Excellence, best selling author of Emotional Intelligence (which I first read during my MBA studies in the late 1990s), Daniel Goleman says “The ‘10,000-hour rule’ – that this level of practice holds the secret to great success in any field – has become sacrosanct gospel, echoed on websites and recited as litany in high-performance workshops. The problem: it’s only half-true.” Read more on what Goleman says in a posting on Huffington Post, here.

My view is this. To achieve success you need to be able to see things that exist and envisage something new, plus all or some of these:

Bizezia has a publication on achieving success in business: 130 Reasons why some people are much, much more successful in business than others. Some of these reasons come from mega-successful entrepreneurs while others come from working with small businesses, over the last 40 years.

If you would like a copy of this publication, please email me at: mpollins@bizezia.com