Disability – rights and obligations in the workplace 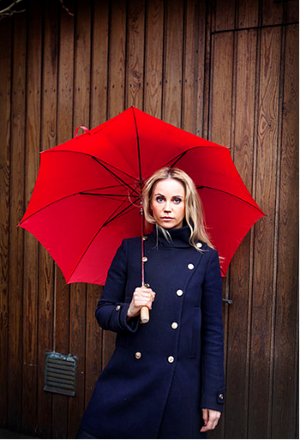 You may be familiar with the rather eccentric and accidentally hilarious crime detective Saga Noren in the Scandinavian crime drama The Bridge.  As I grew up in the area where this gritty drama takes place, I recognise some of the cultural features of her behaviour. The actors themselves have admitted that Saga is actually a stereotype of what Danish people think about Swedish people and her sidekick Martin Rohde is conversely a stereotype of what Swedish people think about Danish people.

The truth about Saga Noren

There’s been a lot of talk about Saga’s personality (or lack thereof) in the media.  It’s clear that the creators of this show were intending to show that Saga functions in a different way from that which one expects of neurotypical people, or “NT” (which I now know is jargon used to distinguish people on the autistic spectrum from “normal” people).  In a recent interview, the actress who plays Saga Noren, Sofia Helin describes her character as showing “another way of being intelligent”.  Her EQ (emotional intelligence) is very low but her IQ is very high.  While the media and the audience may have interpreted Saga Noren as having Asperger’s Syndrome (a form of autism) condition, the show’s creator says that they’ve actually never diagnosed her on the show. However, it is clear that Saga struggles to navigate the social rules of the workplace and according to one British psychiatrist, Eva Loth of the Institute of Psychiatry, King’s College London, she appears to fit somewhere on the autistic spectrum disorder scale.

In a recent BBC Health article, Robyn Steward, the National Autistic Society’s Ambassador, who actually has Asperger’s Syndrome herself, speaks sympathetically about Saga Noren’s character. According to Ms Steward, Saga is a good role model for women who are different and for women who are on the autistic spectrum.

The media’s flirtation with autistic spectrum disorder (ASD) does not end with Saga Noren.  Very recently, hidden disabilities of Asperger’s Syndrome and Bipolar Disorder have become a defining attribute of the main characters in some of our most popular series such as Sherlock, Homeland and as I’ve mentioned, The Bridge. The (anti-) heroes and heroines of these contemporary tales are all highly functional individuals in full-time employment with conditions that are classified as a disability under the Equality Act 2010 (EqA) and therefore enjoy protection under the same act.

Sherlock is self-employed but given that he performs his serviced personally he is likely to be protected by discrimination legislation. Saga, as an employee of the Swedish police, would have the same rights under the domestic legislation. Again, I digress, but these fictional characters are still good examples of working with a disability. If anything, it hopefully increases the general awareness of autism and other disabilities which may not be obvious to most people. 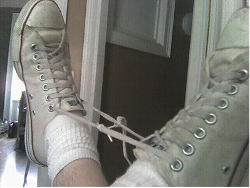 There have been quite a few recent developments as to what actually is classified as a disability.  One of the most noteworthy in the recent press is whether or not obesity is the new disability.  A test case is currently before the European Court of Justice which will determine whether EU law bans discrimination or grounds of obesity. Karsten Kaltoft was a child minder weighing more than 25 stone. He was employed by the local authority in Billund for 15 years. Eventually, he was sacked because his employer felt that he could no longer fulfil his duties. One of the examples of this was that he needed a colleague’s help to tie a child’s shoelace. Now, the EU court will have to consider whether obesity would fall within the legal definition of disability and whether the local authority was guilty of discrimination when they dismissed Karsten.

As the UK has the highest percentage of obesity in Europe (The National Obesity Forum has estimated that by 2050 half of the UK’s population will be obese) this could be quite a significant decision for both employees and employers. Given the rapid development in medical advances it is also clear that attempting to compose an exhaustive list of things that would be classified as a disability for the purposes of discrimination legislation is futile, but where do you draw the line?

Who is disabled in the eyes of the law?

The Equality Act 2010 defines disability as: any physical and/or mental impairment which has a substantial and long term adverse effect on a person’s ability to carry out normal day to day activities.  This involves some sort of limitation outside the normal range of differences in the ability among people.  People who used to have a disability will also be protected.

The Office for Disability Issues has published useful guidance on matters to be taken into account in determining questions relating to the definition of disability. (www.odi.gov.uk/equalityact) A disability can involve a wide range of impairments which can include:

A person with an excluded condition may nevertheless be protected as a disabled person if he or she has an accompanying impairment that meets the requirements of the definition. It is clear that it’s not necessary to consider how an impairment is caused, even if the cause is a consequence of a condition which is excluded.  For example, liver disease as a result of alcohol dependency may still count as an impairment although an addiction to alcohol in itself is excluded from the scope of the definition of the EqA.  What is important to consider is the effect of an impairment, provided it is not an excluded condition.

There are some exclusions and certain conditions are not to be regarded as an impairment for the purposes of the EqA Act.  These are:

Disfigurements which consist of tattoos (which have not been removed) or non-medical body piercings or something attached to such piercings, are to be treated as not having a substantial adverse effect on that person’s ability to carry out normal day-to-day activities.

The exclusions also apply where these tendencies arise as a consequence of, or a manifestation of, an impairment that constitutes a disability for the purposes of the EqA.  They would also apply where these acts constitute an impairment in themselves.  A person with an excluded condition may nevertheless be protected as a disabled person if he or she has an accompanying impairment which meets the requirement of the definitions.

As you can see, the legal test of disability is quite complicated. However, it should be noted that in the vast majority of cases there is unlikely to be any doubt whether or not a person has or has had a disability.

What if you or one of your employees are classified as disabled under the EqA? 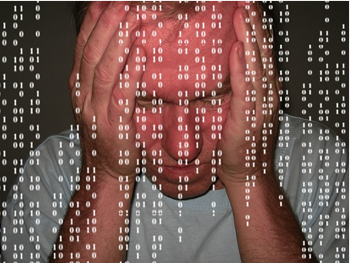 In addition, employers must make reasonable adjustments to accommodate a worker with a disability.

It is unlawful to discriminate against workers because of a physical or mental disability or fail to make reasonable adjustments to accommodate a worker with a disability.

Best advice if there’s a problem

If you think you may be disabled yourself, you should bring the matter to your employer’s attention and consult with your physician or appropriate advisor as to your individual requirements regarding adjustments that are needed.

If one of your employees approaches you with a disability you should hold a meeting to discuss any reasonable adjustments that could be made to ensure that your employee is receiving the appropriate support and that you are complying with the discrimination legislation in force.

Equally, if you think you have been discriminated against, or harassed or victimised because of your disability or because you associate with a disabled person you should raise a grievance.  If you receive a grievance from one of your employees you must take this seriously and address it in accordance with your Grievance Procedure and/or the Acas Code of Practice. (www.acas.org.uk/index.aspx/index.aspx).