by Martin Pollins | May 23, 2014 | Accountants, Auditors and Other Professionals | 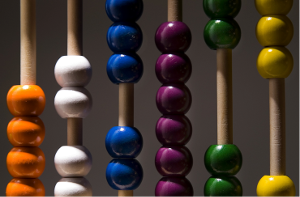 While the first part in this series from ICAEW examined profitability and net gains, this second and final part examines productivity, recoverability and lock-up. Below, you’ll find a quick snapshot of the article. The full article is here.

Productivity: Measuring productivity for individuals or departments and the firm as a whole is important because you need to understand how the firm’s biggest cost, that of technical staff, is being used. And you also want to identify how effective individual member of staff are.

Recoverability: Set recoverability targets overall and then for each office, department and/or manager per job. Depending on your charge out rates, review the range of acceptable recovery rates. Review assignments with low recovering rates.

Lock-up: Along with productivity and recoverability, lock-up is an important area to understand. The other measures can be manipulated by raising invoices that will be difficult to recover or, in order to hide poor recovery, not raising an invoice at all.

Conclusion: It’s advisable to start with the top five practice KPIs as outlined in this series.

The rules of engagement: An introduction to the world of Engagement Marketing

This article introduces the concept of Engagement Marketing. Never heard of it? Then read on.

The new era in marketing is completely transforming the way companies go out and win new business. Companies that try to influence consumers are now becoming influenced by them – if they’re good at marketing themselves, that is.These days, driving traffic to your site is no longer the end game. It’s just the start. The growth of Web 2.0 has in turn shaped a natural evolution in sales techniques to match: a kind of Online Marketing 2.0 or, as it is otherwise known, Engagement Marketing.

There’s no single definition of Engagement Marketing, but then again there’s no single way of doing it. What we can safely say is that it goes well beyond traditional internet marketing, taking advantage of the Web 2.0 phenomenon by allowing brands to participate in a constant, multi-faceted and genuinely two-way dialogue with the consumer.

This free whitepaper from Exact provides an introduction to the world of Engagement Marketing. It can be downloaded from here. Registration is required.

Posted by Rachael Power on accountingWEB, the article talks about social media.  Like most things in life, you get out of it what you put into it, she says.  With so many sites out there, it can be difficult for an accountant to know where to start.  No problem:  Exact’s marketing director Mark Appel explained in a talk at this year’s Accountex what tips, tools and techniques practitioners can use to get them on the way to expanding their online connections and winning new business.

Now that’s something every accountant must be interested in.

By now, most firms and sole practitioners may be on professional social sites such as LinkedIn and also more informal ones like Twitter, Facebook and Google+. But to win business and connect with prospects, accountants need to both share knowledge and know where to look to interact with the right people.  Read the full article here. 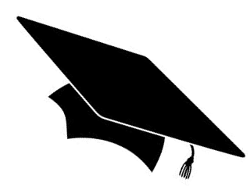 Nina Zipkin, in Entrepreneur, from the US wrote this week that graduations are inherently bittersweet and a little terrifying. But they also carry the promise of possibility.

In a series of original essays from LinkedIn’s Influencer community, heavy hitters in the worlds of politics, media, business, fashion and technology, look back at their experience as twenty-somethings to provide new graduates with advice to help them hit the ground running.

Everyone can learn from this. Read it here.

Via accountingWEB, there’s a free eBook now available: Navigating Growth – a guide to your journey in a new business environment.

Navigating Growth explores how the UK’s small and medium-sized enterprises feel about the state of their business, their attitudes toward expansion and whether they believe they have the tools and capabilities to deliver on plans. It also explores the avenues for change and brings in best practice from leading advisors on how to execute changes effectively.

Instant access to the ebook, is available here. Registration is required.

I found this in Advisors for Business:  Whether you are starting a new business or expanding an existing one, you’ll need to choose a business phone system that meets your firm’s requirements. The right system can save you money, time and effort.

This free guide provides you with essential information and tools so you can understand your options, and make the decision that meets the needs and ambitions of your business. 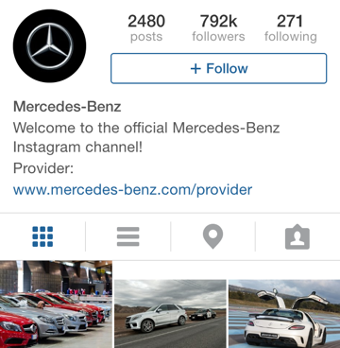 Last week, Lucy Hitz in Simply Measured wrote about what Mercedes-Benz has been doing on Instagram for a little over two years during which time it posted a whopping 2110 photos and videos. –

During that time, the company has racked up:

You can read the full story here.

Ayaz Nanji in Marketing Profs, from the US wrote some interesting stuff about job recruiters. Apparently, they spend only six seconds on average reviewing an individual candidate’s CV to determine whether the applicant is a potential fit for an open position, according to a recent study by TheLadders. That compares with 4-5 minutes per resume on average that recruiters have self-reported in the past.

The report was based on data from an eye-tracking study of 30 professional recruiters who were monitored over a 10-week period as they performed online tasks, including resume and candidate profile reviews. Read about it here.

Mequoda has identified nine discreet models for subscription websites. These include six premium (paid) models and three affinity (free) models. Two types are usually needed for success: a portal, community, or blog to drive traffic, and a premium subscription website to use as a primary monetisation factor. Read the full story here.

The website of the IFRS Foundation and the IASB have announced that work is at an advanced stage on the following document, which is expected to be issued on 28 May 2014:International Financial Reporting Standard: IFRS 15 Revenue from Contracts with Customers.

This IFRS will be published at the same time as the FASB Accounting Standards Update Revenue from Contracts with Customers.

Fewer than one third of businesses identify data breaches themselves, say Trustwave

In their weekly OUT-LAW News, which provides legal news and guidance, lawyers Pinsent Masons say that most businesses rely on others to make them aware that they have fallen victim to a data breach, according to a new study. Information security provider Trustwave conducted investigations into 691 data breach incidents that occurred during 2013 and found that in 71% of cases the businesses affected “did not detect breaches themselves”.

“To outsiders it may seem odd that organisations do not immediately know that they have suffered a breach,” John Yeo, director of Trustwave, told Out-Law.com. “However, of the breaches we investigated in only 29% of cases were businesses able to figure out a data breach themselves.”

This was spotted in accountingWEB: according to turnaround expert Mike Smith from Jamieson Smith & Co, the alternative finance market has stepped in to fill gaps left by banks. In an overview of providers, he suggests that may not be such a bad thing.

Whether you want simple banking facilities or to raise funds from invoices, securing finance is changing. Who are driving these changes and which areas are they best suited for? Read what he has to say, here.

Did you know? Businesses Lose 5 Percent of Revenues to Fraud

Michael Cohn, Editor-In-Chief, Accountingtoday.Com, from the US, writes to say that organisations across the globe are losing an estimated 5 percent of their annual revenues to occupational fraud, according to a new report from the Association of Certified Fraud Examiners, with total losses estimated at about $3.5 trillion.

The median loss caused by the occupational fraud cases in the ACFE study was $145,000. Nearly one-fourth (24 percent) of the cases caused losses of at least $1 million. The frauds in the study, ACFE’s 2014 Report to the Nations on Occupational Fraud and Abuse, lasted a median of 18 months before being caught, and in some cases lasted years. Occupational fraud is far more likely to be detected by a tip than by any other method.