Are you cognitively challenged?

I’m not sure why, but there’s a lot written about them. I’m talking about brains (and heads). They’re everywhere. I’ve got one and so do you. Here are a few stories that caught my attention. They don’t have anything directly to do with my businesses – Bizezia and OneSmartPlace – but see if you find them interesting anyway. 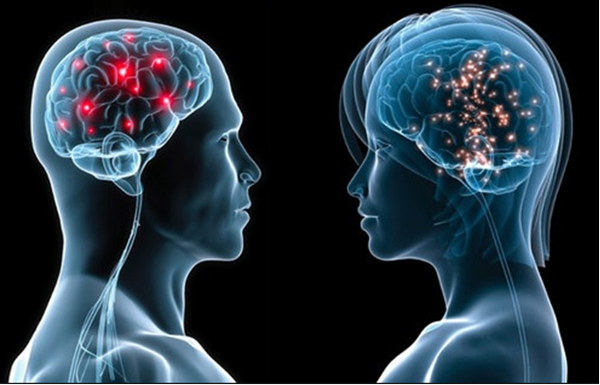 Every day, the excellent Delanceyplace send me a snippet from a book. I was reading an email from them the other day which mentioned something about brain cells. What caught my eye was: ‘How to Save New Brain Cells’ by Tracey J. Shors written in the Scientific American magazine in March 2009 (pages 47-8) .

Apparently, the brain can grow new neurons but these disappear unless cognitively challenged. The book says: “Fresh neurons arise in the brain every day … Recent work, albeit mostly in rats, indicates that learning enhances the survival of new neurons in the adult brain. And the more engaging and challenging the problem, the greater the number of neurons that stick around. These neurons are then presumably available to aid in situations that tax the mind. It seems, then, that a mental workout can buff up the brain, much as physical exercise builds up the body…”

Don’t think that brain development is reserved for young developing minds. Apparently new brain cells can develop in adults too but are not generated by clockwork. Brain cell production can be enhanced by exercise but retarded by alcohol consumption.  The bad news is that whilst exercise can help to produce new brain cells they don’t always stick around and disappear. The article’s author has an answer. She says: “From our work in rats, the answer seems to be: they [the new cells] are made ‘just in case.’ If the animals are cognitively challenged, the cells will linger. If not, they will fade away.”

Last week, I read in City A.M. an article by Sarah Spickernell titled: Men and women really do have different brains. The idea that male and female brains might be different is a controversial topic, but new research suggests it is an unavoidable fact of life. The author says that scientists at the University of Exeter and King’s College London compared male and female brain development in the womb, and found that a process called DNA methylation causes different genes to be expressed.  This, they say, must lead to differences in the way men and women think, behave and respond to disease.

While it is not yet understood how these genetic changes manifest as personality differences, it paves the way for further research to take place.

Three brains are better than one

According to Karen Armstrong in Fields of Blood, each of us has three “brains”: A Survival Brain, An Emotional Brain and a Thinking Brain. Each has conflicting needs and priorities, and thus together they have a complex and uneasy coexistence:

Ms Armstrong writes: “Each of us has not one but three brains that coexist uneasily. In the deepest recess of our grey matter we have an ‘old brain’ that we inherited from the reptiles that struggled out of the primal slime 500 million years ago. Intent on their own survival, with absolutely no altruistic impulses, these creatures were solely motivated by mechanisms urging them to feed, fight, flee (when necessary), and reproduce. Those best equipped to compete mercilessly for food, ward off any threat, dominate territory, and seek safety naturally passed along their genes, so these self-centred impulses could only intensify. But sometime after mammals appeared, they evolved what neuroscientists call the limbic system, perhaps about 120 million years ago. Formed over the core brain derived from the reptiles, the limbic system motivated all sorts of new behaviours, including the protection and nurture of young as well as the formation of alliances with other individuals that were invaluable in the struggle to survive. And so, for the first time, sentient beings possessed the capacity to cherish and care for creatures other than themselves.” Read more here. 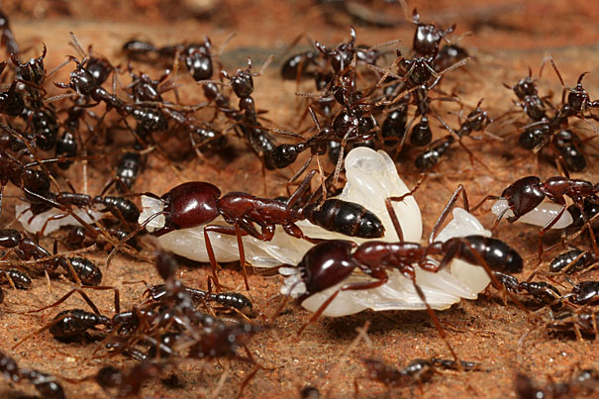 We’ve all heard the notion that two heads are better than one, meaning that two people may be able to solve a problem that is beyond the ability of only one person. It sometimes comes as “a problem shared, is a problem halved.”

Forgive ye olde English spelling from the 16th Century, but the two heads proverb is found in John Heywood’s “A dialogue conteinyng the nomber in effect of all the prouerbes in the Englishe tongue”, 1546, which said:

Some heades haue taken two headis better then one, but ten heads without wit, I wene as good none.

But here’s something very interesting, according to Barbara Moran, five thousand heads are better than one. Her story is about ants. She says: Humans are linked with ants in ways both surprising and profound. Humans, as you may have guessed, are the other dominant social organism on the planet. Both ants and humans divide labour and form complex social networks. Both work in groups to accomplish tasks—leaf nests, Mayan temples—that no individual could complete alone. Both raise children in families. Both use the same class of neurotransmitters—“biogenic amines” like dopamine and serotonin—to govern behaviour. We both go to war.” Read her really interesting article here.